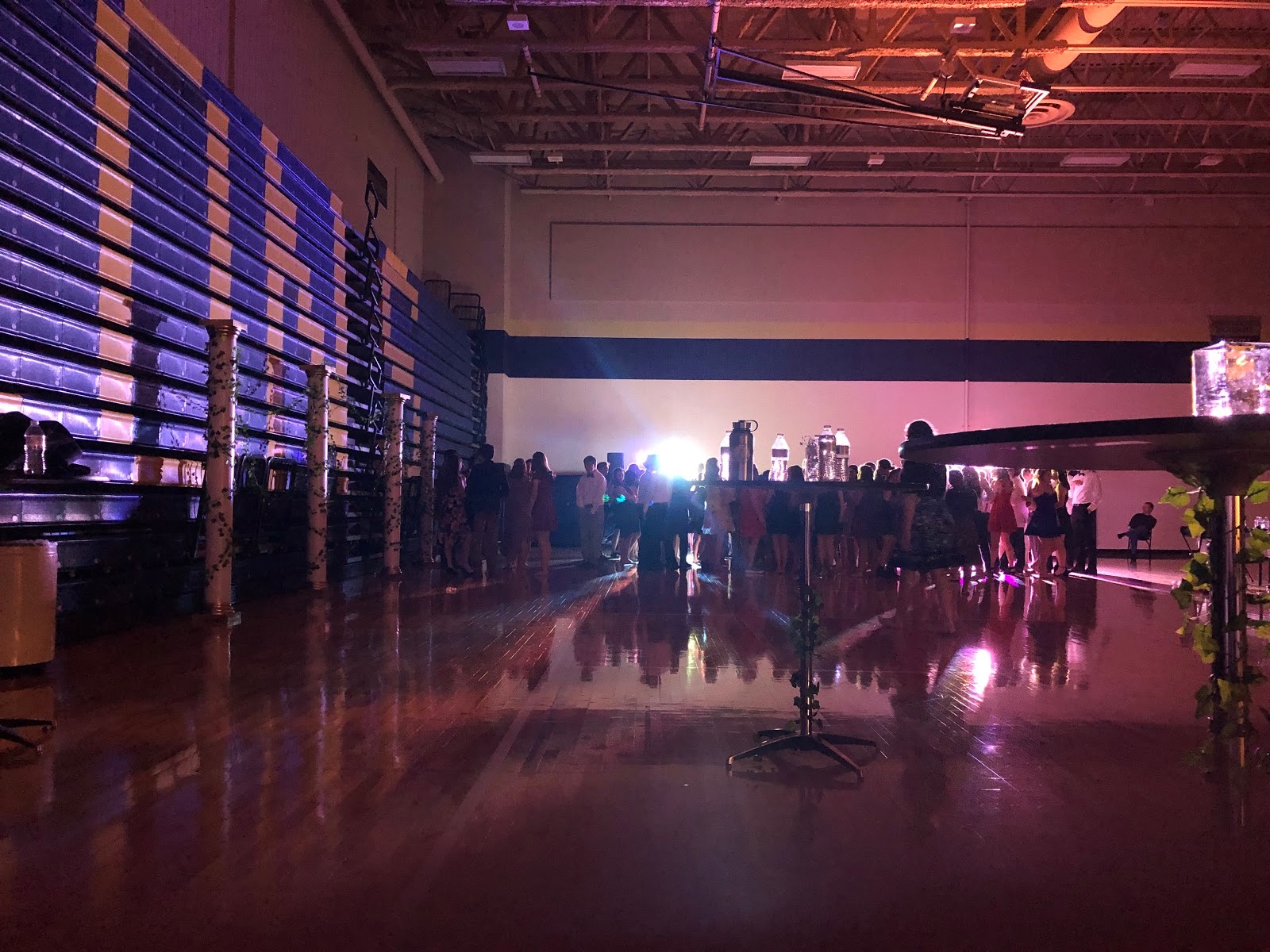 The homecoming dance is definitely an event that many PA students look forward to every school year. As early as the beginning of September, the hallways buzz with talk of dresses, dinners, and dancing up until the very day arrives. And this year, students had something else to consider in their pre-dance plans…the early and unexpected snowfall. However, the party didn’t stop just because of the unfortunate weather.

Saturday, October 12, students started arriving at Providence around 8pm and hurried from the dark, frigid outdoors into the warm school building. Everyone gathered into Gym A, which was glowing with bright, colorful lights and decorated nicely with columns and vines to go with this year’s Roman Homecoming theme (a nice, springy contrast from the early winter weather).

Ella Von Dohlen ’20, a member of Upper School Student Council, elaborated on the theme and decor,  “The vines and columns emphasized our theme, which came from defeating the Spartans in football the night before”. Student council’s efforts to transform Gym A began long before the dance itself; Von Dohlen reflected on the setup and decorations, “On Saturday morning, student council worked on the aesthetics of the vines and even the water bottles”, all making the gym a more festive place to dance the night away.

The dance was a little different this year since it was held in Gym A rather than the Great Room like last year’s dance. Despite the slight change in location, however, students still had a great time.  “I liked having it in the gym because there’s more room and decorations”, commented Elle Wiederholt ’22.  Having more room was especially helpful, as this year’s dance was well attended and the dance floor was full for most of the evening.

Attendees were happy to see James Schoenfelder ’20 as DJ.  Schoenfelder has DJed three school dances and is always perfecting his craft, much to students’ delight.  “My favorite part about DJing is seeing the whole crowd dancing together. When I see that, I know I have done my job well.” he remarked.

Classic PA Homecoming Dance favorites like “I Wanna Dance with Somebody (Who Loves Me)” by Whitney Houston and “Cupid Shuffle” by Cupid set the tone for everyone to dance along to. Students also spent time chatting with each other and taking photos both inside and outside the gym. Thanks to the efforts of Student Council, weary dancers could recharge with drinks and refreshments such as cookies, fruit, and chocolate.

This year’s Homecoming Dance was one for the books and it certainly was a great way to wrap up all the fun Homecoming week festivities. We’ll just have to wait and see what next year brings!