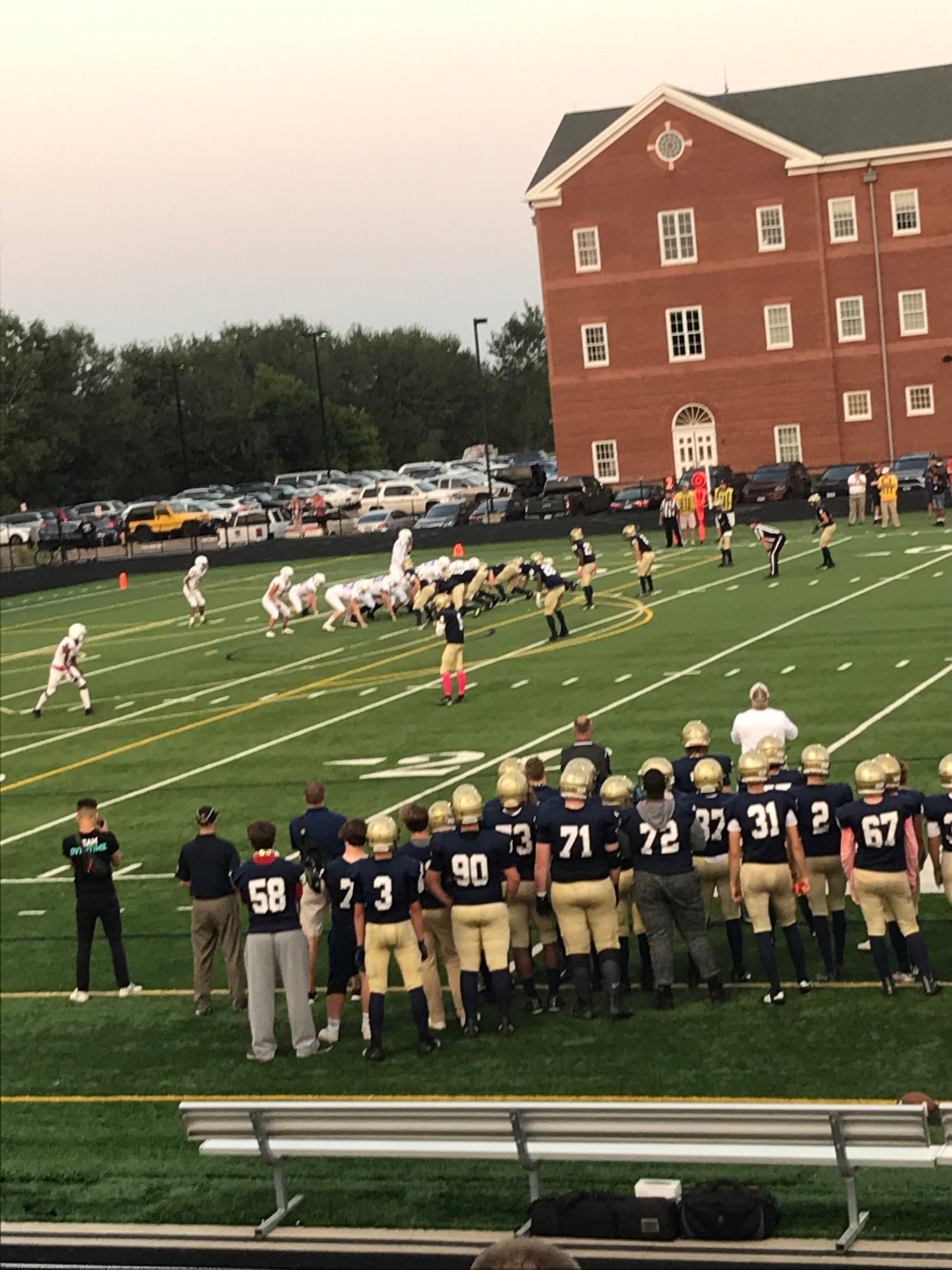 Amid the new season, there is an element of mystery surrounding the Providence Academy football team. After a successful season last year with a record of (10-1), the Lions have started this season (1-4). The challenge the team is facing this year is the loss of 26 seniors, not just seniors, but leaders and players that contributed heavily to the team last season.

In a recent interview with Associate Head Coach/ Defensive Coordinator Brad LaCombe, the PAW had a chance to address these questions. Lacombe reflected on the concerning loss of seniors stating, “We didn’t just lose seniors, we lost guys who got a lot of playing time…the biggest effect on the team was the lack of leadership and role models”.

Lacombe noted, however, the promise in this young team.  He stated, “After the loss of the seniors, our team was able to find self motivation and pull together as a team.”  He continued, “returning players filled the gap of leadership”.

Coach Lacombe also added that he expects his team to win four regular season games, win the district and make state. As the season progresses the players and coaches believe the team will find its rhythm and make a deep run this year.

Returning senior and defensive tackle/center, Andrew McGurl addressed the effect on team morale, “It really changed our mindset; last year we knew what to expect: our attitude was go out and win, and this year we are a

bit more reserved.  We know we have to put our heads down and work hard”.

Mrs. Jennifer Tomaschko, a player parent,  thinks fans play a key role in establishing a community, especially for a young team. She noted, “Fans are important for many reasons; they hold the team accountable for good conduct on and off the field.”  She added, “fans create energy and enthusiasm not only for the team but the institution they represent”.

The Lions are currently preparing to take on Bloomington Kennedy (away) this Friday, then gearing up for the Homecoming match up against Richfield Friday, October 11.  Though 2019-2020 season holds many obstacles for the team, rebuilding is the number one priority for the Lions as they focus on starting fresh. They have the youth and enthusiasm, but can they pull it together and operate as a unit? The coaches and players are determined to cast all doubts aside, and they are optimistic for a successful start to a new chapter of P.A. Football.