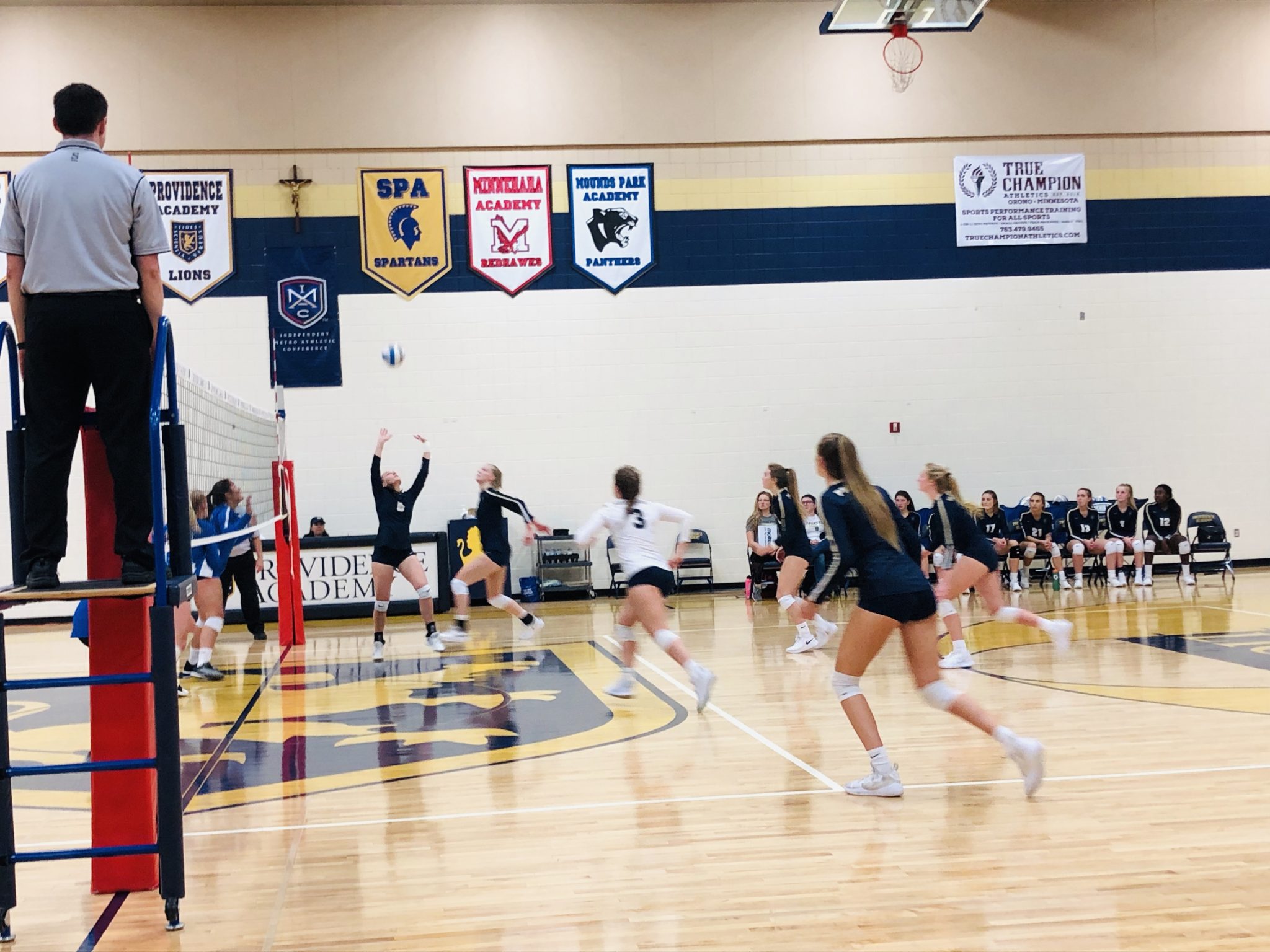 Though the Lions came up short, PA outplayed Mound in certain aspects of the game.  Both teams showcased strong serves; Panthers looked for some open holes where they could spike balls to get the kill, but, according to Junior Varsity Coach and PA mathematics teacher, Erika Greene, Lions did it better.  Mound undoubtedly had solid hitters and servers, but the “Lions served [their opponents] out of system, so they couldn’t run their middle hitters very much,” Greene remarked.

In the third set, Lions decided they were not simply going to give the match to the Panthers; Mound would have to work for the win.  “Even when we were behind, we kept a positive attitude,” commented captain Kate Neill ‘20. Neill also noted, “our mindset going into the game, along with our pregame plan helped us play a tight match.”

Neill claims Lions’ defense helped PA in this game because Panthers shot a lot of hard balls and spikes. “We kind of knew what the team would be like from playing against them in the past,” Neill added, “which helped set up lineup for the game.” Maria Counts ’22 said “the scrimmaging we do at the end of each practice helps me work on defense

and hit more aggressively.”  She continued, “it also gives me a chance to become more confident in trying new skills.”

Defense, indeed, kept the Lions alive, a defense punctuated by dives from Hannah Schomer ‘20, a smart, unreturnable spike from Mimi Meadows ‘20, kills from the outside by Kate Neill ‘20, and deep digs from Lauren Heim ‘20.  Coach Greene said as the season unfolds, “we will continue to work on eye sequence, setting a strong block, and making an aggressive move to the ball on defense.” The Panthers may have finished, the match but the Lions are only getting started this season.