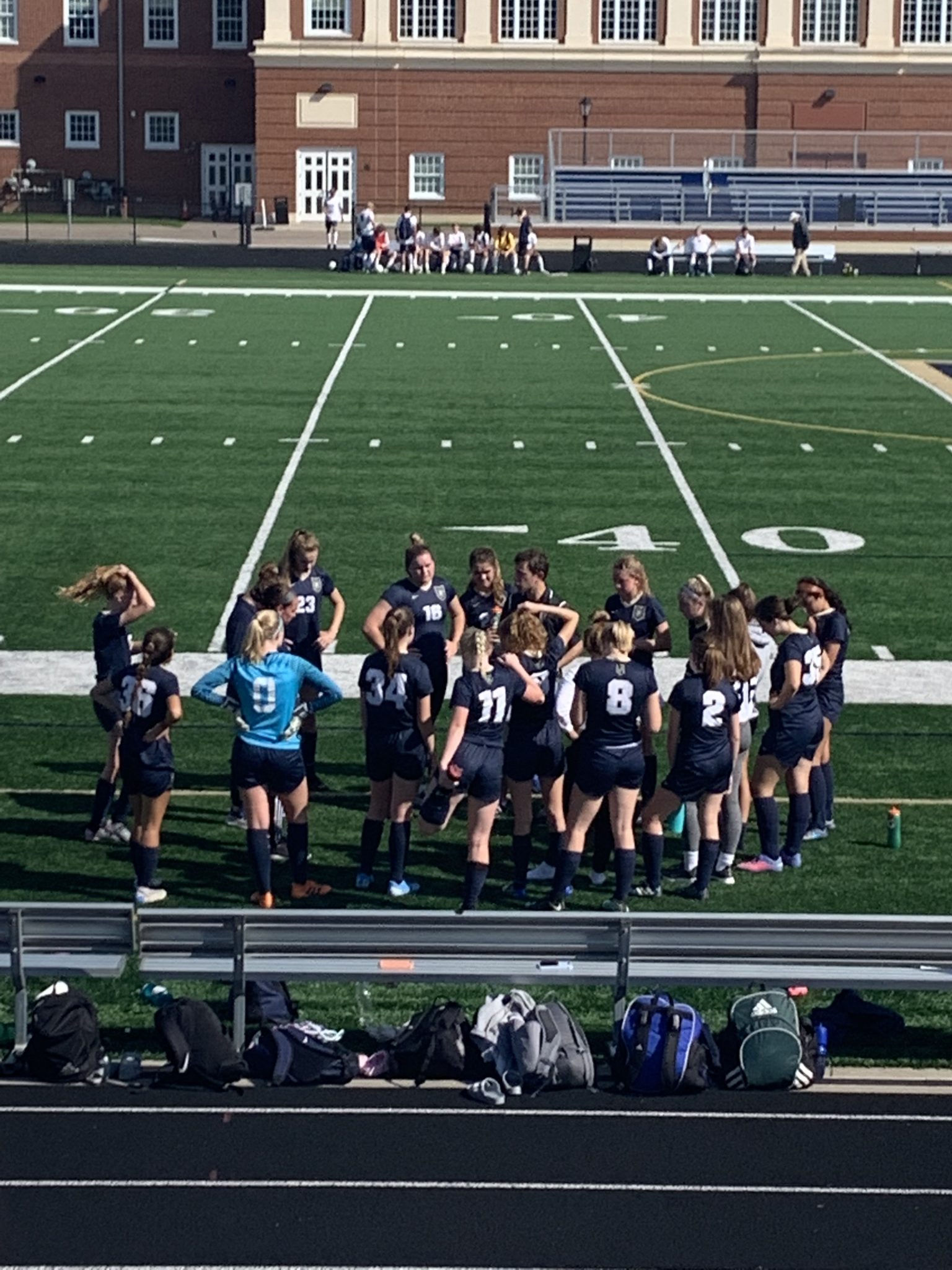 Girls soccer looked poised for a win last Saturday, September 14 against Maranatha. Their tight defense, strong offense, and their unity as a team kept them in contention during a close match up with the Mustangs, but both teams walked away from the tie game (1-1) without a “W.”

Maranatha scored their only goal of the game towards the beginning, making the score 1-0. Mary Rillens Lee ‘22 reflects, “That first goal scared us a little bit; we knew we would have to step up our game to keep it close.”

PA fans would have to wait until the second half when Sam Fritz ‘20, scored the lone goal for the Lions, tying the game 1-1! The “W” now seemed within reach for PA and they continued to battle.

Bridget Healy ‘23 noted, “Our transition between offense and defense was great, which helped to keep us in the game.”  But even so, after a double overtime and no goals scored, the game ended in a tie.

Lee states, “Without teamwork and a positive attitude, we wouldn’t stand a chance against other teams.” Eleanor Young ‘22 also adds, “We always go into the locker room before games and hype each other up. We blast music and cheer each other on.”

Young reflected, “We had to keep a good attitude. If one person has a bad attitude towards the team, we will not play well because we don’t play together.”

Healy was disappointed with the outcome, but not discouraged for her team. She says, “I feel like we played a good game and we never gave up, which helped us.” Healy also says, “It’s all about the teamwork. Our positive attitude always helps us, because if we go into it thinking we don’t have a chance, we really won’t.”

“This game was intense. We constantly went back and forth, and the win could have been either of ours,” Lee added. “We never gave up, which helped us keep it a close game.”

Young says, “I think the game went pretty well, we all united as a team and worked together. We were good at staying connected together on defense and sending the ball up the field to get shots on goal.”

The Lions are continuing to work hard to finish their season with a bang! They are getting ready to play St. Anthony Village tonight. Lee and Healy agree, saying, “We must never give up, always work together, and cheer each other on. We all make mistakes, but we need to push through them to continue our success.”