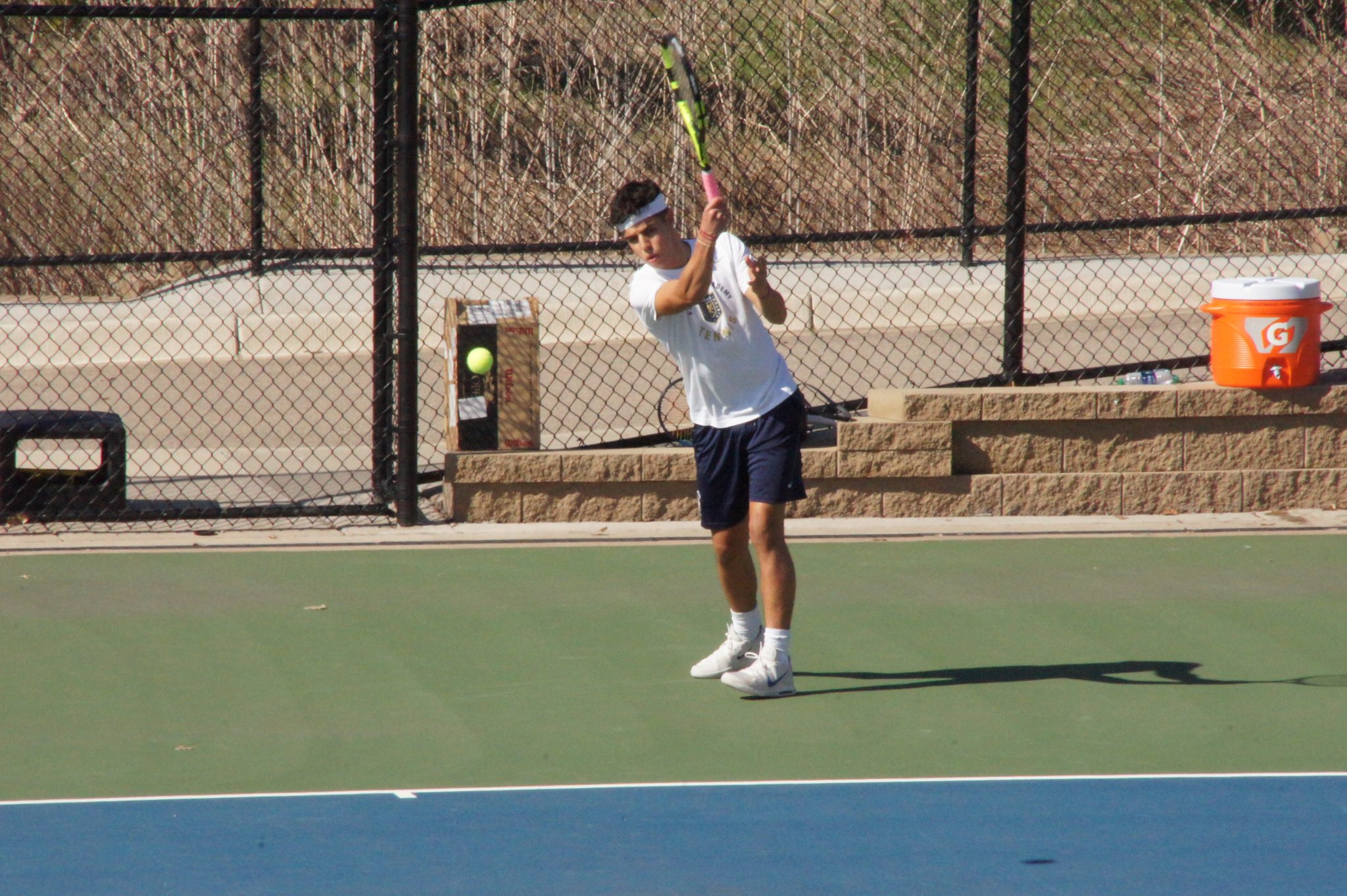 With the spring season rapidly turning into summer, most PA sports teams are coming to an end.  One sports team, which has surpassed all expectations and is going strong into the summer is the PA boys’ tennis team. Why are they doing so well? Senior captain Brendan Mclaughlin ‘19  thinks this is because “We have a really strong group of core guys, and we really want to do well together.  There is nothing better than playing well and having fun with some friends.”

Exciting tennis action that took place earlier this tennis season was an exhilarating battle between doubles partners Mark Richelsen ‘19 and Daniel Caballero ‘19 taking on the top doubles duo in the section from Mound Westonka.  In a nail-biting  turn of events, Richelsen and Caballero defeated the best doubles duo in the sections, a huge win considering the PA pair would have to defeat the Mound Westonka pair to go to state in the future.

Looking back on the match, Richelson commented, “It was a really big win for us.  Daniel and I had to battle them, but it was a huge confidence boost that made the chance to go to state a more realistic possibility.”

The fans at Providence have definitely been feeling the changing in the tides for the tennis team.  The typically quiet tennis courts have really been coming alive during matches this year.  Daniel Caballero said “We have definitely been seeing more and more fans as the season has gone on.”

While it is obvious that this season looks like a great year to get a player into the state tournament, the tennis team also looks like it has an outstanding future.  The team has a plethora of impactful, talented underclassman including Will Landwehr ‘21, Peyton Menzel ‘22, Henry Wehmann ‘22 and Ronan Flanigan ‘22.  This wave of talent will without a doubt continue the high level of success brought about by the team this year.  Perhaps you never gave much of a thought to the tennis team before this season, but this season the PA boys tennis team has turned a lot of heads.  This team looks like it is around to stay not only this year but also for years to come.