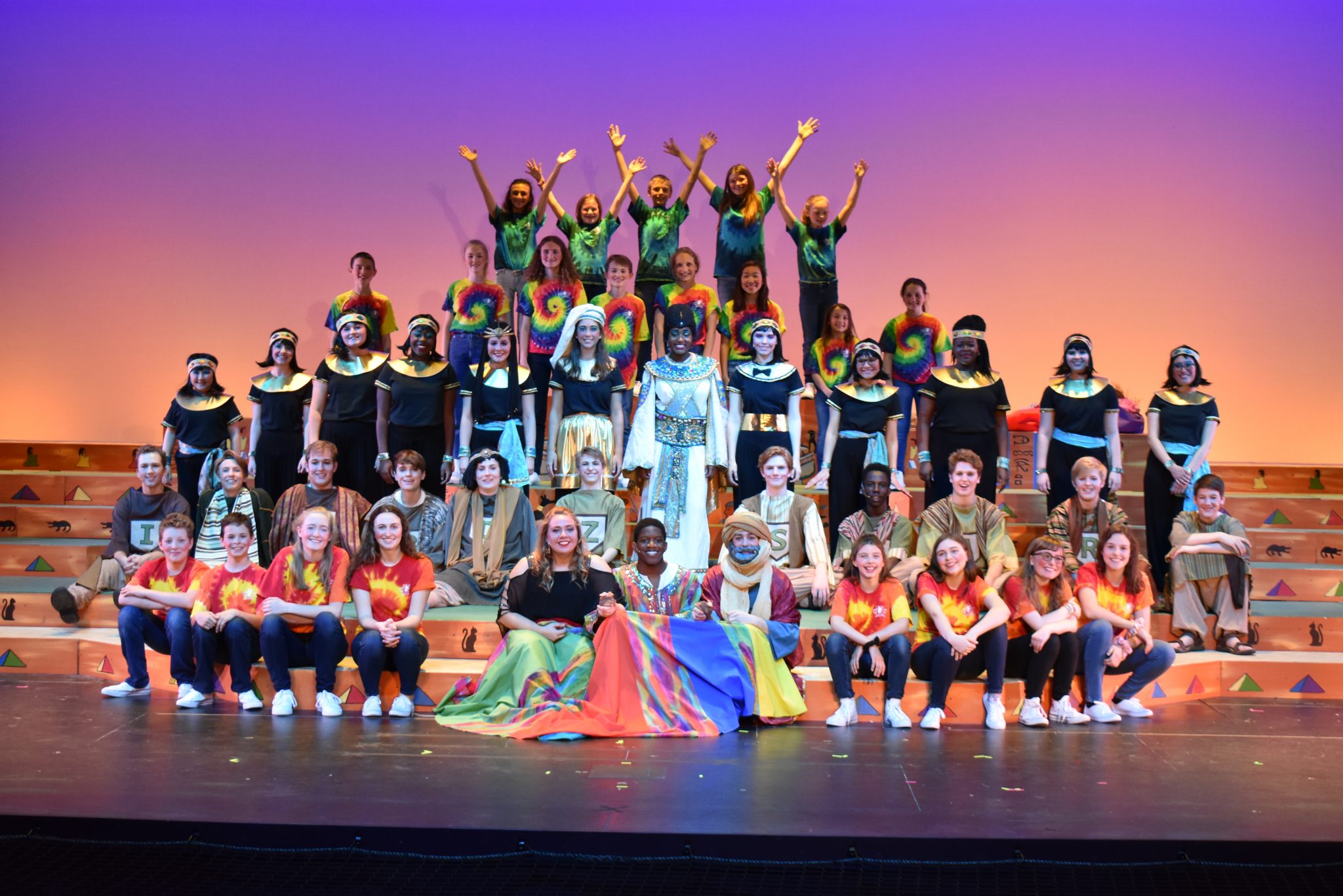 “His coat was red and blue and yellow and…” If you attended the spring musical Joseph and the Amazing Technicolor Dreamcoat, you may be able to finish your new favorite song.  The talented caste kept theater goers laughing, singing, and tapping their feet throughout the successful showings of this year’s musical on the weekend, putting on 4 shows in as many days the first weekend of May.

Audience member Jacob Gable ‘19 commented about the style of the play, as he hasn’t attended many musicals, “The music made the plot more engaging and fun; it really flew by.”  The audience and those who weren’t familiar with Andrew Lloyd Webber’s and Tim Rice’s twentieth century hit may have been surprised to hear such a wide array of musical styles represented. This variation made the program entertaining to all ages. Gable said, “The different genres gave me an opportunity to hear music that I normally don’t listen to and it turns out I really enjoyed it!”

The play was a development from the Old Testament story of Joseph and his dreamcoat,  as a story to children, narrated by Maddie Young ’20 who handled the broad range and difficulty of songs with ease. Play enthusiast  Samuel Stoffel ‘19 said, “Ms. Young has exquisite singing voice and she was an excellent choice for one of the lead roles.”

This year’s musical exhibited the talent of some long-time members of Providence’s Performing Arts community but also featured some new faces on our stage. Among the eager rookies were Sam Young ’19 and Jack Healy ’19, showing it’s never too late to give something like this a try. When asked why they chose to try out for their first play Jack Healy said, “I saw that they needed cast members and I thought it would be something fun to do before I graduate.”

From dazzling costumes, to artistic set design, from catchy songs, to delightful acting, Joseph found a way to resonate with audience members of all ages, and incorporate actors from all backgrounds.  The only thing to lament is that we’ll have to wait until next spring enjoy another collaborative effort of this magnitude!