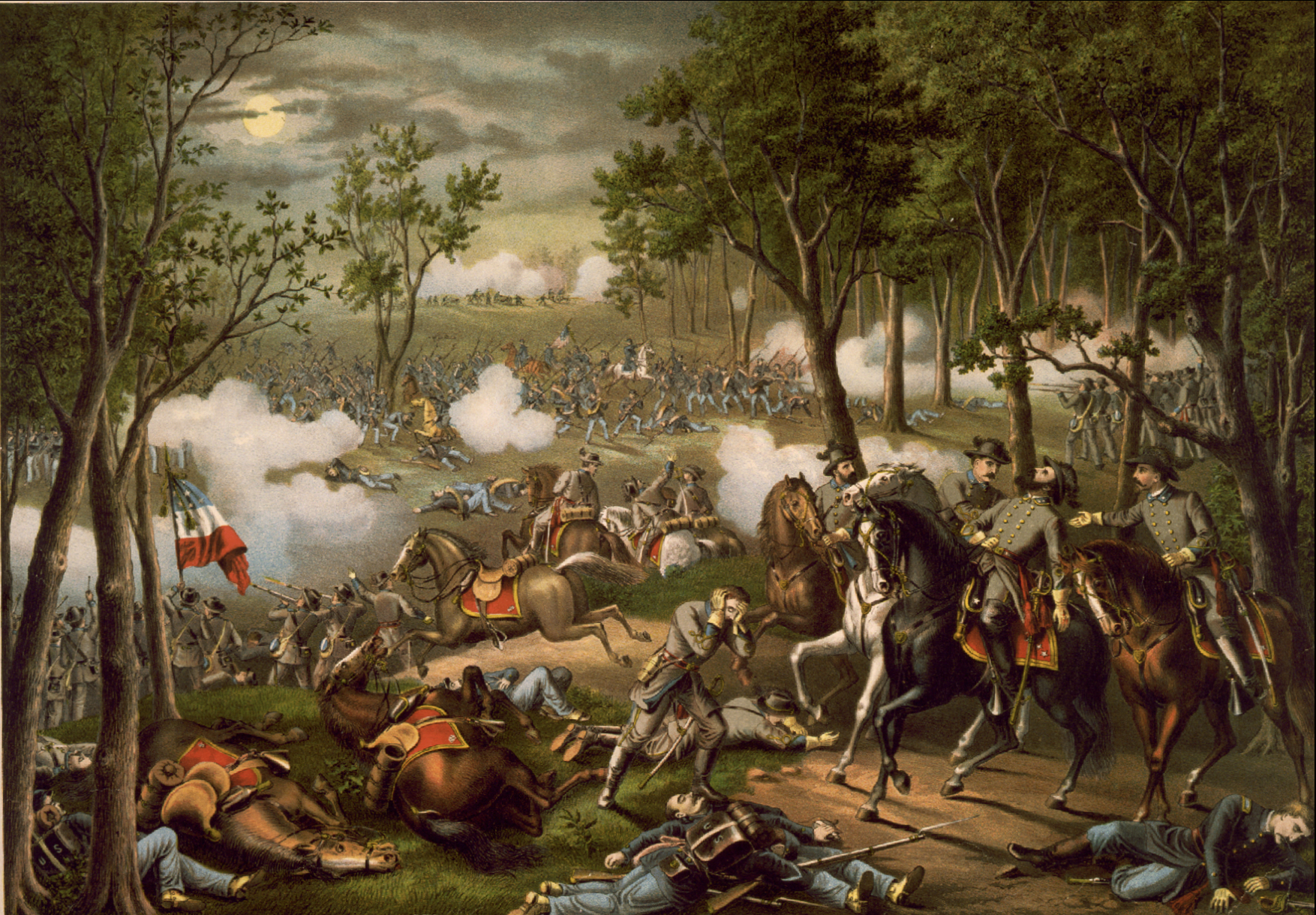 On this day in 1863, Confederate Lt. General Thomas “Stonewall” Jackson succumbed to injuries suffered at the hands of his own troops. Military historians regard Jackson as one of the most gifted tactical commanders in U.S. history, and his death proved to be a severe setback for the Confederacy, affecting not only its military prospects, but also the morale of its army and the general public.

Born on January 21, 1824 in Clarksburg, Virginia, Jackson graduated from West Point in 1846. He began his official military career with the U.S. Army as a lieutenant in the 1st U.S. Artillery, and saw action at the Siege of Veracruz and Chapultepec during the Mexican-American War (1846-1848). In 1851, Jackson accepted a professorship at the Virginia Military Institute. He taught artillery and natural philosophy (similar to modern physics) at VMI for ten years until Virginia seceded from the Union in 1861. While Jackson was disliked by some cadets for his bluntness and eccentricities, he gained a reputation as an honest and dutiful man of devout faith who refused to gamble, drink, or smoke.

Jackson earned his famous nickname at the First Battle of Bull Run. As he quickly relocated his troops to close a gap in the Confederate line and secure the upper hand in the battle, one of his fellow generals, Barnard Bee, exclaimed, “Look, men, there is Jackson standing like a stonewall!!”. According to Providence Academy U.S. History teacher Mr. Edward Hester, “Stonewall” Jackson played a very significant role in many of the Confederacy’s early victories. “Following the First Battle of Bull Run,” Hester noted, “Jackson had a great impact on Southern troops as a heroic image and figurehead; his presence on the battlefield always resulted in a noteworthy morale boost for Confederate soldiers.” Hester continued, saying, “later, it was Jackson’s strategic leadership that made the difference – with his cavalry, he employed flanking maneuvers more effectively than nearly any other general”.

In 1862, Jackson was tasked with defending Virginia from Union advances. Viewed by many as one of the greatest campaigns in military history, “Stonewall” and his less-than 18,000 troops outmaneuvered and outfought a federal army of 60,000 in the Shenandoah Valley. Even when President Lincoln divided the Union forces into three separate armies, Jackson remained unbeaten, taking pressure off of the Confederates pinned down on the James Peninsula. His troops – termed “foot cavalry” for their swiftness – confused and disoriented the separate Union armies. By the summer of 1862, Jackson had become the Confederacy’s most celebrated soldier and the trusted right-hand man of General Robert E. Lee. He and his soldiers played crucial roles at the Second Battle of Bull Run, the Battle of Antietam, and the Battle of Fredericksburg.

Certainly, Lee and Jackson’s partnership reached a climax in the Battle of Chancellorsville. This was their greatest victory; facing a Union army of 130,000 with only 60,000 troops, Lee boldly split his army and ordered Jackson around the Union flank. Jackson and his 28,000 men marched 12 miles undetected and dealt a severe and decisive blow to the Union army, routing its right flank. This action resulted in one of the Army of the Potomac’s most stunning defeats of the war.

However, tragedy struck for the Confederates on the evening of May 2, making the victory at Chancellorsville a pyrrhic one. After halting the attack at dusk, Jackson and his staff rode forward to scout the territory for an attack the next day. As they returned to camp, they were mistaken for Union cavalry by the 18th North Carolina Infantry Brigade and fired upon. As Jackson and his men frantically identified themselves, Major John D. Barry retorted, “it’s a damned Yankee trick! Fire!” Jackson was hit three times, and several others were killed; his left arm was shattered, but the confusion and falling darkness prevented him from receiving immediate medical care. Hester places most of the blame on Jackson himself, arguing that “he should never have been beyond his picket line at dusk, when Confederate troops would have been most wary – especially following his own deceptive tactics against the Union army earlier in the day”. After having his left arm amputated, Jackson – weakened by his wounds – died of pneumonia eight days later. At his death, he remarked, “Let us cross over the river and rest under the shade of the trees.”

Hester affirmed Jackson’s skills as a general, saying, “though he didn’t get the chance to really demonstrate this in a long-term way, his spirit of battle, drive, and laser focus allowed him to be an influential presence on the battlefield”. Jackson’s death directly affected the Confederate loss at Gettysburg, where J.E.B. Stuart had been given his command. A great horseman with a flair for the dramatic, Hester noted Stuart lacked Jackson’s ability to understand the big picture, and – after almost losing at Brandy Station, attempting a flanking maneuver, and getting completely cut off from the Confederate army –  left Lee in the dark as to the Union army’s position ahead of the battle. “Jackson always obeyed Lee’s orders to the letter, and would never have gone off on his own in such a way”, Hester stated. “It is not hard to picture a different outcome at Gettysburg if Jackson had been present, as well as an elongated Civil War, even if the Union remained ultimately victorious.”

General Lee articulated Jackson’s value to the Confederacy best: “Could I have directed events, I would have chosen for the good of the country to be disabled in your stead…you have lost your left arm, but I have lost my right”.

One Reply to “This Day In History: Stonewall Jackson Succumbs to Wounds Inflicted By Own Troops”