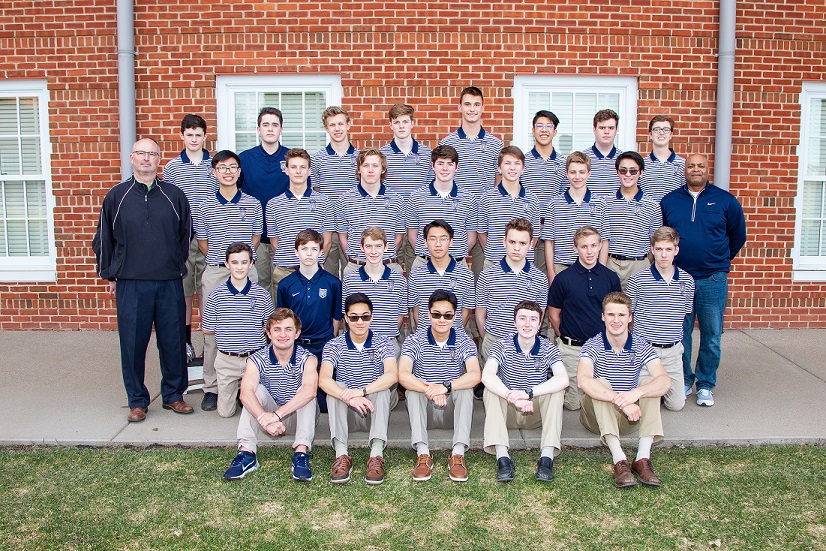 It is May, and golf season is in full swing.  Despite the many rainy (and snowy) days in April, the golf courses are finally ready for players to emerge from winter doldrums and tee off.  Stocked with talent, positive attitudes, and many new, young players, Providence Academy’s boys golf team is thriving.

This year, PA’s golf team has basically doubled in number, from around 16 players last year to nearly 30 in 2019 season.  This means that there are now three PA golf teams: Varsity, Junior Varsity, and new this year, Developmental.  The Developmental team is for those who have not golfed very much before, and need more instruction. Most of the new golfers fall into this category, but this is not necessarily a bad thing.  Captain Joseph Luedke said, “70% of the team is freshmen or younger, so we have a bright future in 5 or so years.”

However, this larger team has its downsides.  It is harder to get to play in a match as well as to get out on the course during practice.  More players means more time on the range or the putting green. Additionally, coaches have less time for one-on-one instruction.  They are trying to teach more players in the same amount of time. Even with the sudden influx of players, the three coaches don’t feel like they are having to work too much harder, just balance time differently.  Coach Chris Miller said, “This coaching staff has a lot of experience in the game, so we don’t really have a harder time despite the larger number of players.”

Both Luedke and Coach Miller believe that the number of students flocking to golf probably has to do with the longevity of the game.  Golf is a sport that they can play for the rest of their lives, unlike other spring sports such as baseball or track.  The boys team tees off again this afternoon versus Minnehaha Academy, and again on Tuesday May 14 at Somerset Country Club.