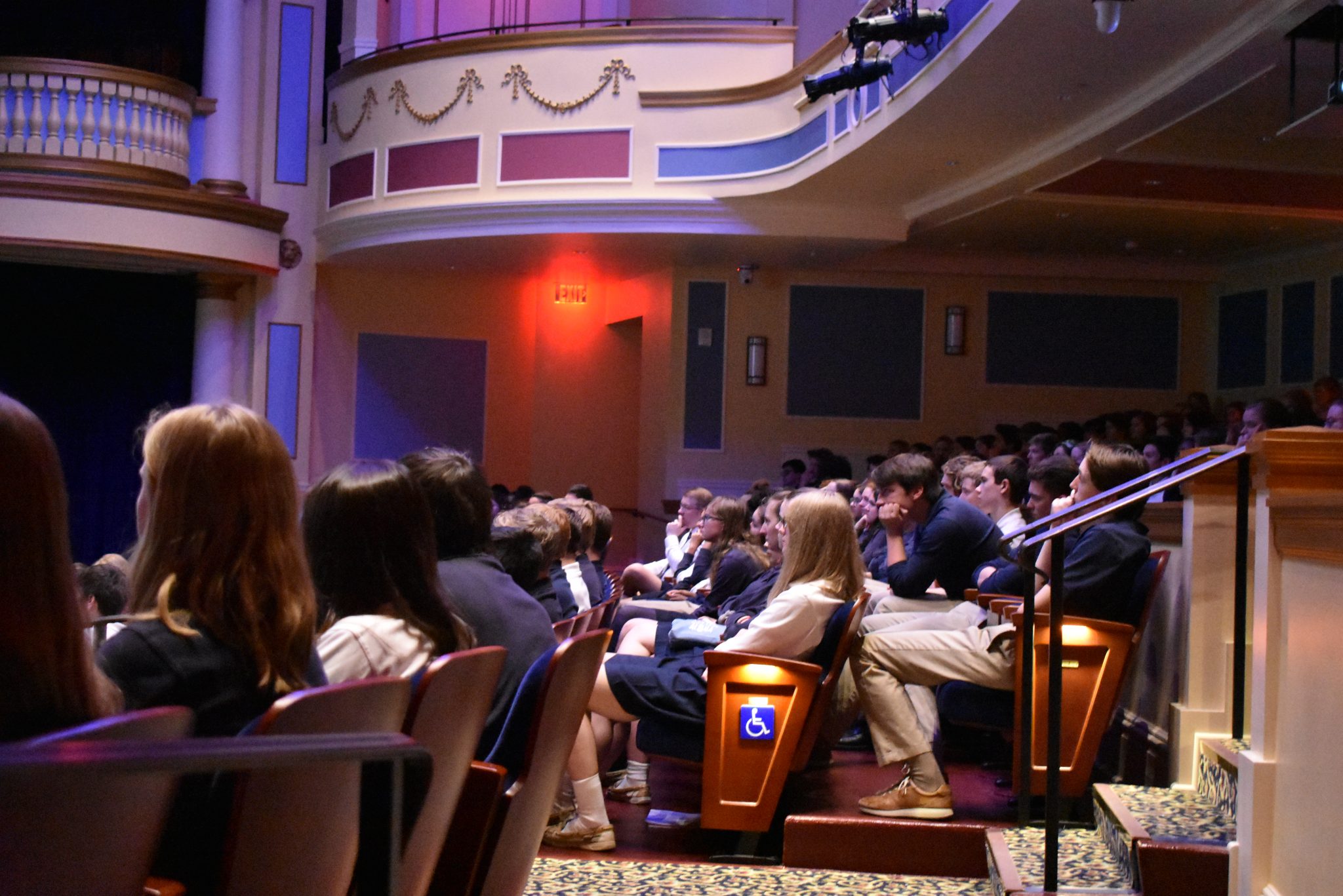 Thousands of students across the United States struggle with clinical anxiety. In the hopes of raising awareness of this debilitating disease, Providence Academy screened the movie Angst for the entire upper school on Wednesday, April 24th.

Angst is a documentary whose goal is, according to its website, “To help people identify and understand the symptoms of anxiety and encourage them to reach out for help. Angst screens in schools, communities and theaters around the world. The film and corresponding materials provide tools, resources and above all, hope.” The movie features interviews with children, parents, teachers, and psychologists who describe their encounters with anxiety.

Upper school counselor Ms. Kesney McCarthy hoped the movie would, “provide suggestions for families including coping skills, ways to deal with situational stress, and professional medical resources for those who need further support.” She especially praised the movie’s distinction between everyday anxiousness and clinical, diagnosable anxiety.

It wasn’t just the students who watched the film, however. PA parents were invited to a screening on Tuesday evening. The movie was followed by a panel of psychologists, ER doctors, parents, and PA’s own moral theology teacher Dr. Hippler.

Hippler volunteered to join the panel, saying, “I was happy to do it because there are things about the movie that are well done, but there are some things that I wish were clearer.” One clarification was the difference between rational and irrational fears. One interview in Angst is with a teenage girl who constantly fears her parent’s deportation. Hippler noted, “That may not be anxiety, that could just be a crippling, rational fear.”

At the parent screening, audience members were able to ask questions. One major question was about the lack of a faith element in the film, and whether or not students should just be encouraged to pray to overcome anxiety. This led to a discussion about the difference between true prayer and therapeutic deism. Hippler noted the power of prayer, but emphasized that, “Where you have something that is a biochemical issue, prayer can be a component, but there is a therapeutic or biochemical solution.”

No one movie can completely end anxiety as a clinical disorder. However, Angst surely sparked an important discussion about ways to identify and cope with anxiety. McCarthy’s biggest piece of advice was, “Find your people. Find five people you can turn to when you are dealing with these problems. That way you are never going through it alone.”