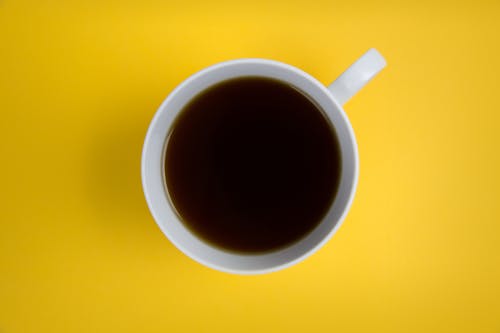 Coffeehouse at PA has been a great semi-annual tradition over the past few years. It’s a great time to sit back, relax and enjoy watching students pour their talents on stage.  This spring, upper school students delighted the audience with 12 acts and those in attendance enjoyed a new–but not altogether surprising element–of the evening’s line ups:  coffee!  The addition was not lost on Angelina Rossini ‘19, who remarked  “I love coffeehouse! I also like the added addition of coffee this year.”

Now, the highlight is still–of course–the performances.  Madisen Herman ’19 stated, “Coffeehouse is very entertaining; it’s a different kind of performance than what we’re used to doing, as we don’t get to do talent shows very often.”  Val Fish 21″ shared Herman’s sentiments, “I think what makes coffeehouse unique is that it shows a different side of students; a fun side and it allows us to appreciate their talents.”

The lineup included rookies, like Fish, who performed her own song, “The Rejection Letter”.  Fish reflected on preparing for her performance, “I was kind of nervous at first but I was also very excited.” Others, like Madeline Young ‘20, were no stranger to the stage.  Young performed a duet with William Wehmann ‘22 “Only Us” and another duet with Isabella Igbanugo “For Good.”  Her fifth time performing in coffeehouse, Young shared, “I enjoy hearing everyone else perform as much as I enjoy being able to sing in front of everyone.”

A group of senior girls decided coffeehouse gave them the perfect platform for a memory they’re sure to carry with them for years.  Grace Johnson ‘19 performed with five other students as Mamma and the Mias’ with the song ‘Super Trouper’ with Katherine Prom ‘19, Gabby Munger ‘19, Clara McMillan ‘19, Gianna Bruno ‘19 and Isabella Igbanugo ‘19. Johnson noted, “it was my first time performing and it was very fun! My group went last and the crowd cheered for us to do an encore which was so rewarding after all our work.”

With many veteran performers off to bigger stages, we’re looking forward to more up and coming talent in next fall’s coffeehouse.