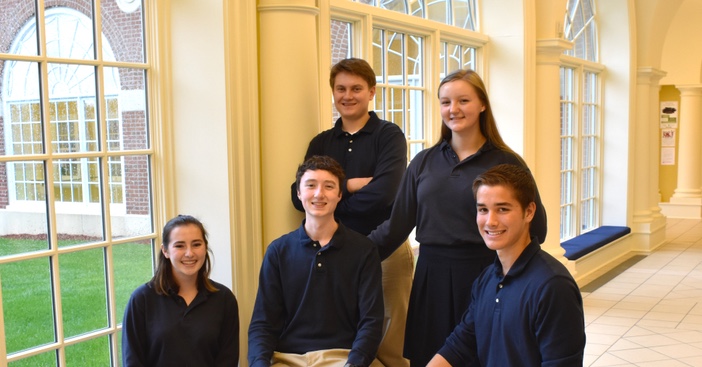 Once a year, sophomores and juniors all over the country have a day of school in which they take their PSAT, a test (as most know or may infer) intended to ready students for the SAT. However, this isn’t just practice for the actual SAT; students who not only excel in school but also get top scores on the PSAT are chosen to be finalists for the National Merit Scholarship. Unsurprisingly, a few of those top scholars are from PA.

Connor McIntee, ‘19, found out he was a finalist earlier this year and said he was “Really happy [his] hard work paid off.” Not only was he proud of his accomplishment, but so were his parents. Connor says his parents were always confident he would do well on standardized tests, and he proved them right.

These students’ prowess in the field of test taking, school, and hard work is what made them finalists, and naturally they have big aspirations for college. Connor looks forward to Northwestern University in Chicago, while Cait is going to her dream school Notre Dame in South Bend, Indiana.

Getting the scholarship would be a huge help for these finalists to pay for their expensive and prestigious colleges, and would also be a good reason to celebrate. McIntee says he “will most likely go to Sky Zone most likely with friends; it’s one of my favorite places in the Twin Cities area.” Heaney plans to celebrate with her family and go out for some ice cream if she’s chosen for the scholarship.

The students have known that they’re finalists for a few weeks now, and they have since been anxiously waiting to find out if they’ve been chosen. The results are scheduled to be announced later this month, so be sure to send your prayers the way of our finalists!