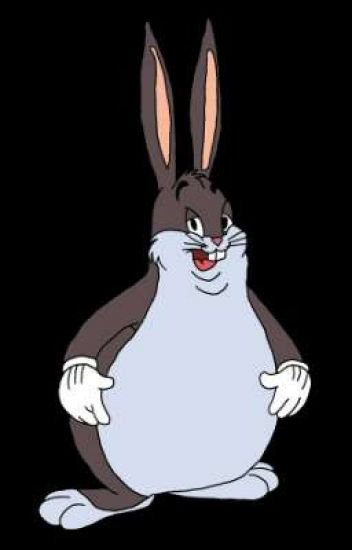 Throughout Providence Academy’s eighteen years of existence there has never been an in-school competition like it. Recently, Mr. Skemp’s History Meme Challenge quickly became the talk of the Senior class. Anna Kral ‘19, a runner up in the competition, enthused, “It was a blast and I worked so hard on my meme! I spent my entire snow day making it and when I talked to my friends they were also spending the day making memes!” 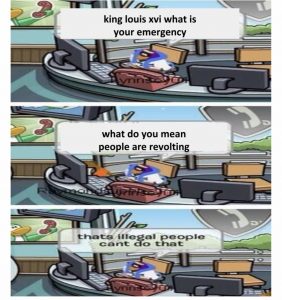 The meme competition came about when Senior history teacher Ian Skemp needed a snow day assignment. He commented, “I, myself, have been putting off productivity because I was busy making history memes and had been making memes in the week leading up to the snow days.” Turning his self-proclaimed procrastination to productivity, Skemp called it “research and made it a snow day assignment where all my senior history students had to make a history related meme and then compete to see which was the best one.”

The actual voting process lasted three days. First, each class period voted on their class’ history memes; one student from each class obtained the honorable title of Chungus Amungus, a meme in itself (https://www.youtube.com/watch?v=H7vh1Vo9IP4). Next, these finalists were voted on by all history class periods. The ultimate winner earned the title Chungus Amungus Supreme. Jacob Gable ‘19 remarked on receiving this highly coveted recognition, “I was very honored to become Chungus Amungus Supreme; I just wanted to make a church related joke that was also applicable to what we are learning in class. I ended up using the Spongebob template because I thought it was fitting and funny”. 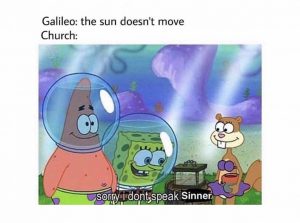 However, not everyone shared these sentiments. Caitlyn Larson ‘19 said, “I was disappointed that I didn’t win Chungus Amungus. I was really close but I’m still happy for my friend.”

In the end, the meme competition was a huge hit! Larson stated, “we should do a meme competition in all classes. It made it easier to remember specific history facts and got me thinking about all the different information we went over in class that I didn’t know that I remembered.” 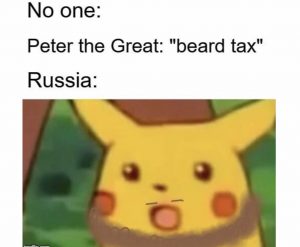 Kral agreed, saying, “it allows us to connect more with the class on a teenage level. It got our creative juices flowing, got us more interested in the subject, and was a perfect assignment for a snow day.”