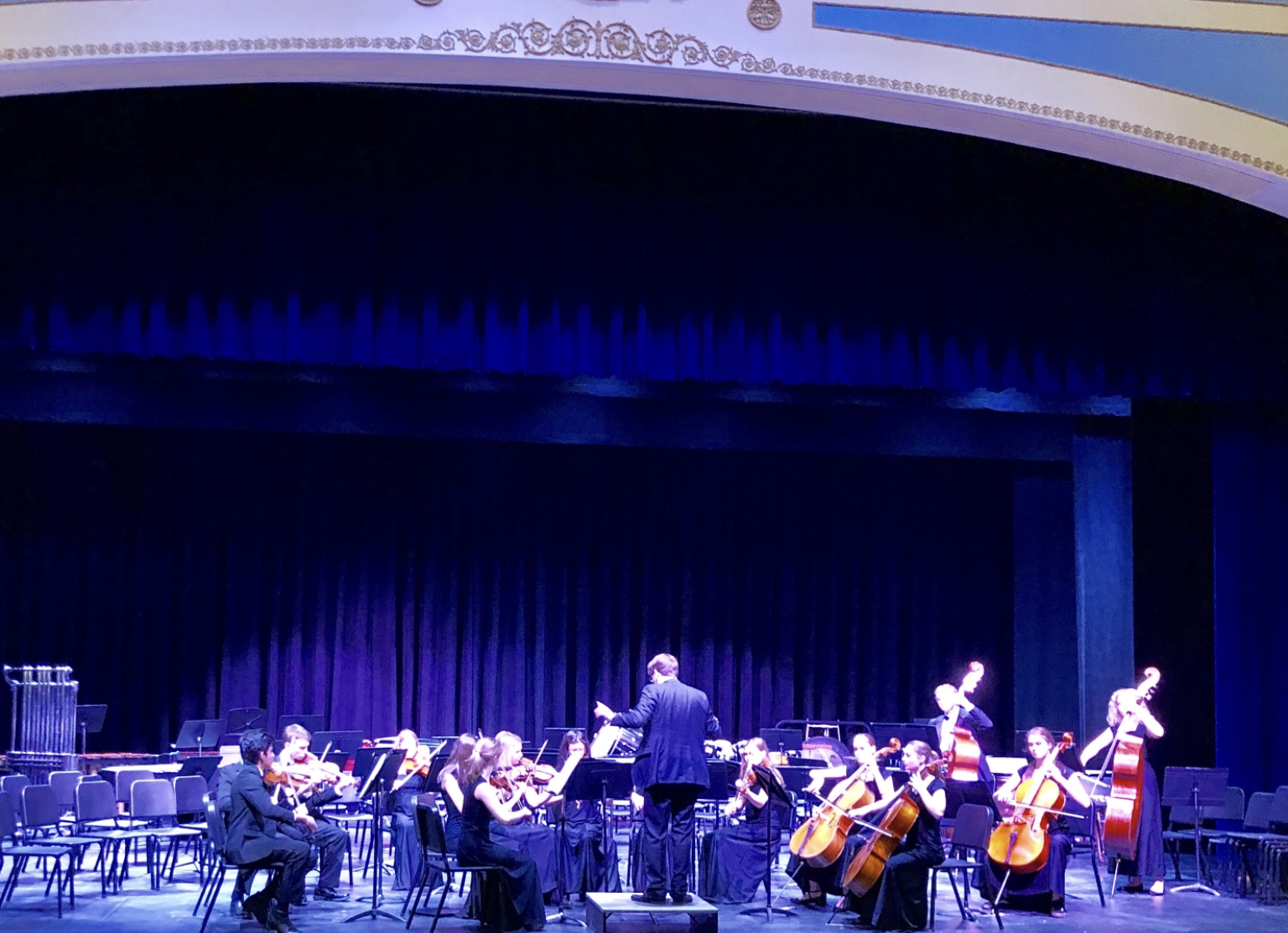 Thursday here at PA.  8 orchestras and bands from across the state played one or two pieces they had practiced for months, pouring their whole hearts into perfecting each work.

The PA band and orchestra practice four days each week together, and have additional individual practice time totaling up to 10 hours a week. Abby Collins ‘20 says “[Music] takes a lot of discipline; you have to be patient and allow yourself to learn. I practice [clarinet] because I push myself to.”  Students aren’t the only ones returning to these pieces outside of group rehearsal.

Teachers, who also conduct work very hard on the contest piece as well. They have to organize all of the parts of the music, help each player with technique, and figure out the best way to make the contest piece spectacular. Beth Wolfe, orchestra instructor, says “I listen to many different recordings a lot and think about what we need to work on between rehearsals.”

The PA orchestra played “Serenade for Strings” for the contest.  Wolfe reflected, “I think it is one of the most beautiful pieces of music ever written for string ensemble.”  She continued, “it has soaring melodies and an interplay between the different sections which causes many surprises and emotional moments.”

Between a soulful, lyrical sound in “Be Still My Soul” and the fast, energetic “Pilatus”, the band showed their vast skill set. Collins said, “The band’s favorite is Pilatus. It has a catchy melody and it’s fun to play.”

Three judges critique each performance and give a score out of 40. Collins said, “I was a little nervous [for the contest] because any time you’re on stage and you know people are watching you, you can get into your own head. When that happens, you really have to turn off that voice of doubt.”

Despite nerves, PA’s band and orchestra played fantastically, receiving a Superior rating, a reflection not only of the hard work and determination of the orchestra and band, but also their deep love for music.  In the words of Mrs. Wolfe, “Playing a musical instrument is being part of a miracle. Every piece you play is a wonder and a new experience to see what you can do on the instrument.”

If you want a superior listening experience, don’t miss your chance to come to the band, orchestra, and choir concert this Wednesday, February 27th at 7:00 PM in the PAC.