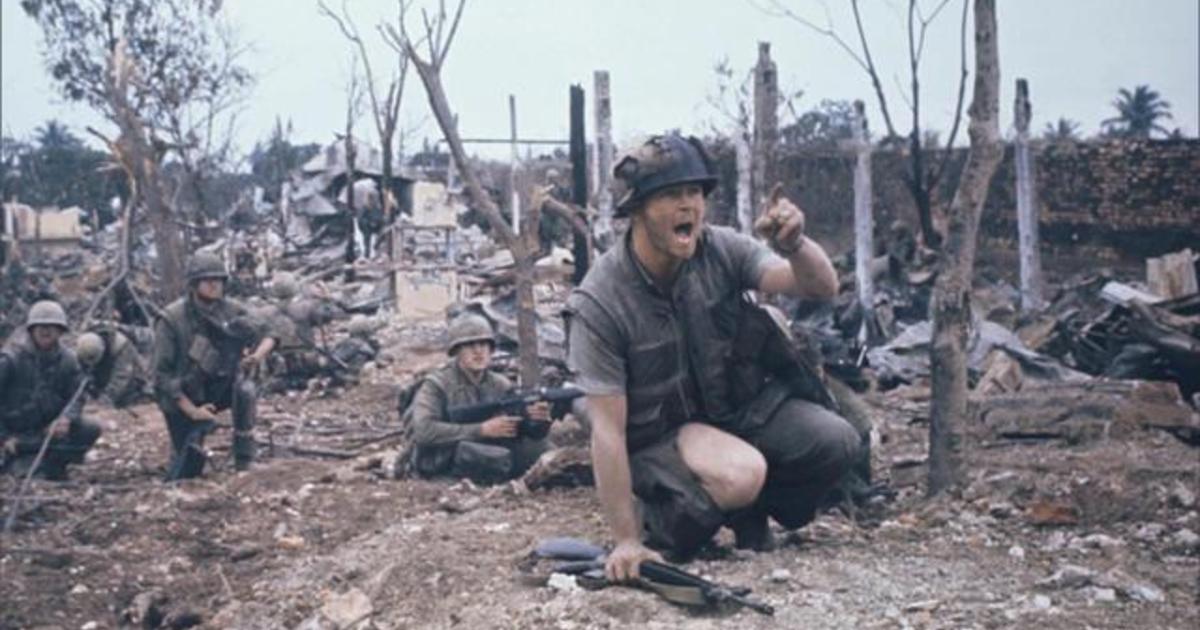 On this day in 1968, the Tet Offensive ended. This series of North Vietnamese surprise attacks on over 100 cities, hamlets, and military positions in South Vietnam crushed U.S. morale. U.S. and South Vietnamese troops pushed back communist forces after initial losses, inflicting heavy casualties. However, American news reported the carnage and growing U.S. body count, stunning the public and undermining support.

One year before the Tet Offensive, Gallup Polls reported that most Americans regretted U.S. involvement in Vietnam. President Lyndon B. Johnson’s administration worked tirelessly to change this. Defense officials insisted that South Vietnam was on the verge of victory. In a National Press Club speech on November 21, 1967, General William C. Westmoreland declared, “We have reached a point where the end begins to come into view […] the enemy’s hopes are bankrupt”. Reports seemed to show that Westmoreland’s war of attrition was working. Simply put, the message to the American people was one of optimism and confidence – that there was light at the end of the tunnel.

For many Americans, this “light” vanished in January of 1968, when Khe Sanh, a Marine base in South Vietnam, was besieged. Working to avoid a catastrophic defeat, American leaders focused their efforts on breaking the encirclement. President Johnson, ever involved, had a scale model of the battlefield built in the White House. As U.S. leaders strove to relieve the Marines at Khe Sahn, the North Vietnamese prepared an even bigger attack.

Tet – Vietnamese for “festival” – is the Vietnamese lunar new year and the most important holiday on the Vietnamese calendar. Previously, an informal ceasefire truce had been observed during the three-day holiday so both sides could celebrate in peace. In early 1968, however, North Vietnamese commander General Vo Nguyen Giap planned a surprise attack during this lull. Giap hoped a country-wide assault by Viet Cong guerrillas would cause the Army of the Republic of Vietnam (ARVN) to disintegrate, along with the U.S.-South Vietnamese alliance. On January 31, the second day of Tet, the first attack was launched. Hue, a critical city, was captured: not to be retaken until March. This became one of the longest and bloodiest battles. Over 3,000 civilians were executed. Heavy fighting occurred in and around the citadel; causing massive damage to the American and South Vietnamese forces. Much of the month-long conflict was filmed and broadcast back home, jarring the public.

Attacks in Saigon sparked further uproar. Viet Cong fighters briefly breached the courtyard of the U.S. Embassy. In the confusion, the Associated Press and NBC reported that the first floor of the embassy was in enemy hands, and U.S. reinforcements were unable to expel them. While these reports were later corrected, the damage had been done; footage of the carnage had a profound political and psychological impact. The United States had been fighting in Vietnam for over three years, and despite the 500,000 U.S. troops in Vietnam, the Viet Cong had managed to penetrate the U.S. Embassy. Only days before, the head of the newly created Civil Operations and Revolutionary Development Support program, Robert Komer, stated that due to increases in South Vietnamese police strength, “our intelligence [is] significantly better in the countryside”. These words, and the positive comments of many U.S. officials just months before now sounded hollow to many Americans.

The Tet Offensive was a major failure for the North Vietnamese. They hadn’t gained any new cities, they suffered heavy casualties, and the South Vietnamese people rallied around the Americans. Over 45,000 North soldiers were killed, compared to under 9,000 total U.S. and South Vietnamese troops. The Viet Cong was completely wiped out.

More significantly, the Tet Offensive damaged America’s faith in the war. Though the North Vietnamese suffered heavy losses, the war was far from over. CBS anchorman Walter Cronkite, after a brief visit to Vietnam during the Tet Offensive, solemnly informed his viewers that  the war was un-winnable – prompting President Johnson to quip, “If I’ve lost Cronkite, I’ve lost middle America”. Providence Academy librarian Mrs. Commers recalled her sister joining the anti-war movement in 1968. At eight years old, Commers observed, “an increase in tension not just in my family, but in the country as a whole”. President Johnson would soon replace General Westmoreland, order his successor to end large-scale U.S. operations, and initiate peace negotiations. In a March address to the nation, the tired president declared that he was reducing bombing North Vietnam, and would not run for reelection.

The Vietnam War was the first televised war. As General Earle Wheeler, Chairman of the Joint Chiefs of Staff, commented, “the efforts of the American press […] have created a public impression, I gather, that we’re hanging on here by our teeth, barely able to stay in the stadium.”

A Better War by Lewis Sorley