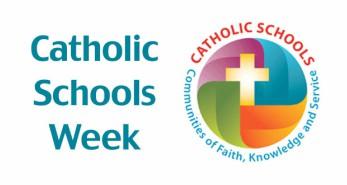 Catholic Schools Week began with a two-hour delay on Monday, January 28. Many students enjoyed the rare opportunity to sleep in, as well as the chance to wear spirit wear for the day. Joey Fafinski ‘19 stated, “It feels great to be out of uniform. I feel freed from waist to neck and ankles to toes”. On the other hand, Jacob Clipperton ‘19 was disappointed with the limited options. He commented, “I thought there was an opportunity to do something more fun and unusual. It seems like we wear spirit wear all the time”.

Unfortunately, hazardous temperatures caused school to be canceled on Tuesday and Wednesday. Many students, including Samuel Stoffel ‘19, were frustrated by the uncooperative weather. Stoffel explained, “It was a real disappointment to learn that we wouldn’t be able to partake in all of the Catholic Schools Week festivities last week, but I’m happy that Providence plans on rescheduling the events in the future.”

Due to school closures, some of the most anticipated events of Catholic Schools Week were postponed. These included Service Day and the Pep Fest. Service Day provides PA students the opportunity to take a break from the stresses of a normal day of classes while at the same time giving back to the community. In addition to volunteering, students looked forward to activities such as touring U.S. Bank Stadium and the Guthrie Theater. These were canceled, but it is rumored that they will be rescheduled at a later date. The Pep Fest consists of a dance put on by the Spirit Squad and the annual PowerPuff

volleyball game. A perennial favorite, the PowerPuff game pits senior and junior men against each other in volleyball. The game was finally played this Wednesday, with the seniors emerging victorious.

On the final day of Catholic Schools Week, students in the National Honor Society put on a pancake breakfast for faculty members. This breakfast serves as a small thank-you to teachers for all they do. Further, Upper School students were able to be fully out-of-uniform as part of the “groutfit” theme. However, not all students participated. In the sea of gray, Stoffel stood out from the crowd; he intentionally wore the PA uniform. He explained his appearance, saying, “ It was an opportunity to stand out and be my own person for a change.”

Catholic Schools Week did not go according to plan, leaving some disappointed. Still, with some quick rescheduling by Providence Academy, most students ended up satisfied.