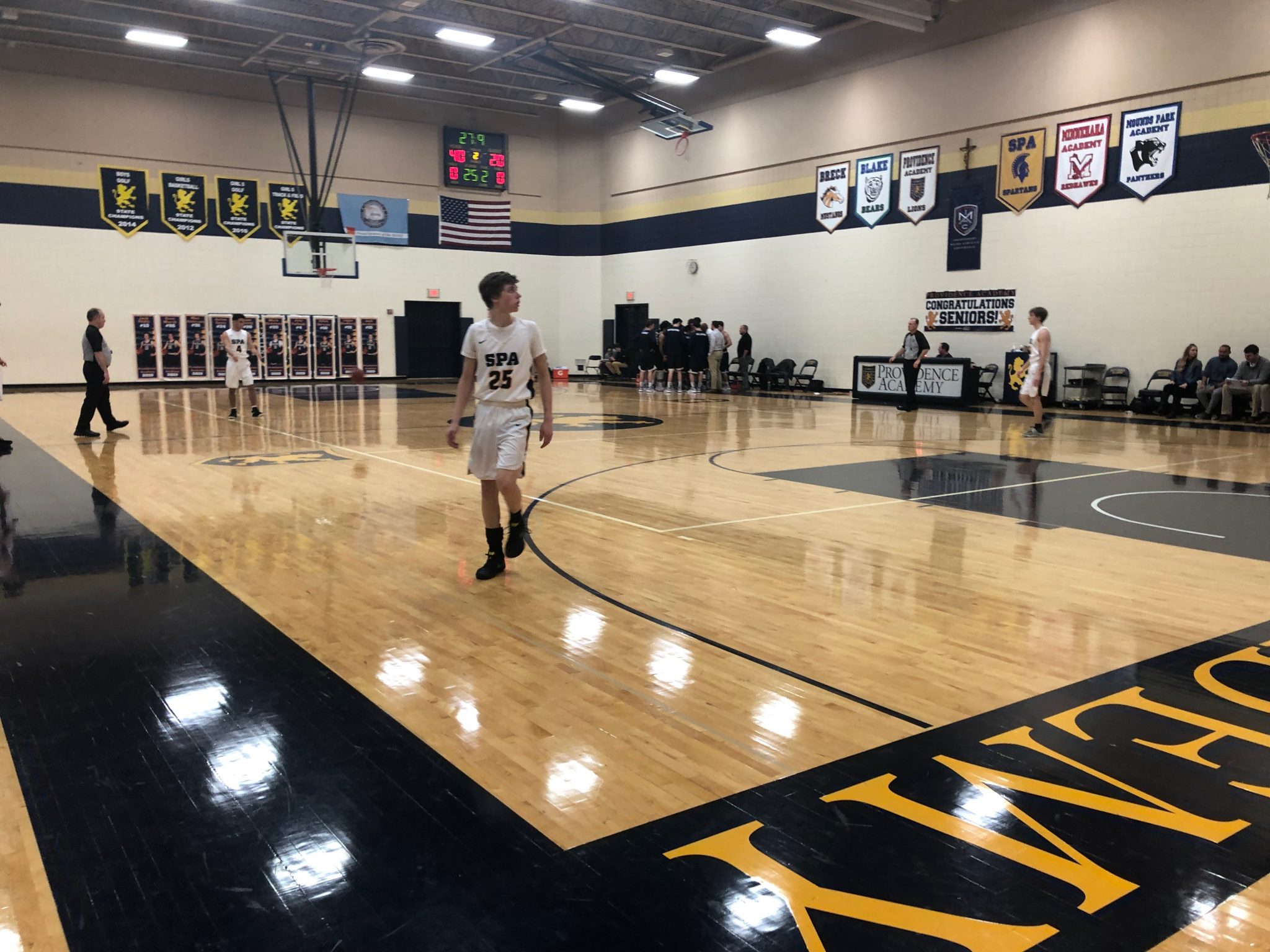 No one knows better than senior athletes, time flies when you’re having fun.  Four years fly by when you work as hard as

those we honor at Senior Night. They have dedicated an immense amount of time to their sport year after year, and as this basketball season heads into the fourth quarter, we take a time out to recognize our senior Lions players before they leave the locker room for the last time.

February 2nd we packed the Providence gym against Southwest Christian to recognize this year’s seniors: Jack Healy, Mark Richelson, Logan Blomberg, Max Anderson, Sam Young, Jack Jacobson, Aaron Davis, Joey Fafinski, Evan Marsh, Dylan Servais. Last year, a large number of seniors decided playing basketball was no longer for them. As a result, the then junior boys were left to fill the leadership gap that was originally filled by the seniors.

The Junior class accepted the challenge, a camaraderie that brought the team to a new level. Jacob Halek 20’ commented on the night, “the boys and I have really come together to shape the team from what it has been in the past, with help from our coaches we have really stepped up and improved our game.”  The team record has improved considerably, facing their once daunting opponents as a well-oiled machine.

This year’s Senior Night was also especially remarkable thanks to Mark Richelson 19’, who managed to not only score his 1000th career point, but also broke the school record for most points scored in one season.

Maddy Young ‘20 has been in the stands at her brother Sam Young’s 19′ games for as long as she can remember. Young, although not a basketball player herself knows plenty about the game from observing. She commented, “this year’s seniors have really been the ‘seniors’ for two years, so it is nice they get a night to show off”. Young is referring to the night’s tradition of playing only seniors. It is their night to truly shine.