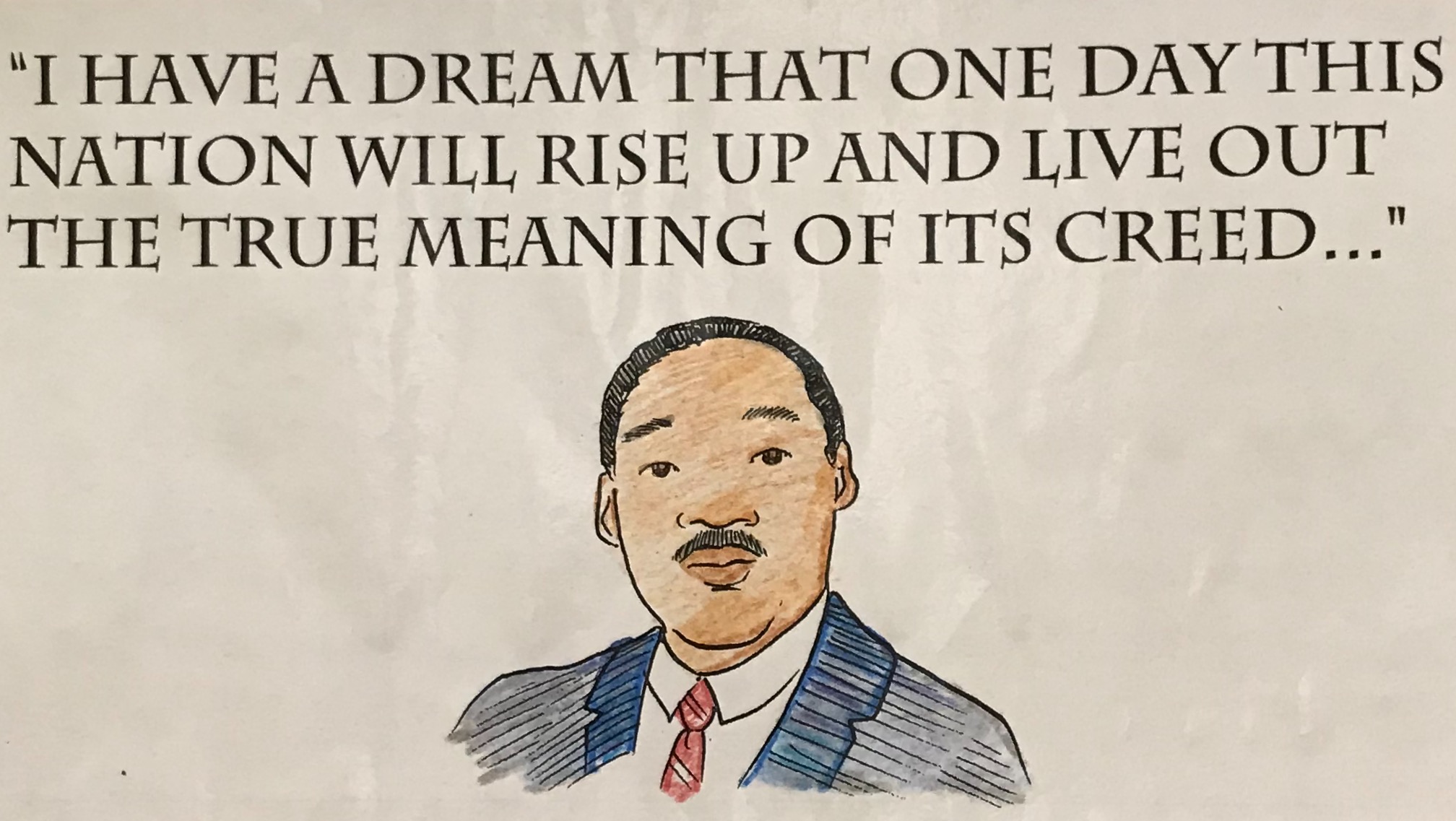 “I have a dream…” the famous words spoken by Dr. Martin Luther King Jr. on August 28, 1963 still impacts humanity as we pause in annual remembrance of this civil rights martyr.  PA has MLK day off to commemorate this federal holiday.

Born on January 15, 1929 in Atlanta, Georgia, King was a predominant social activist, protestant minister, and leader of the civil rights movement. Two hundred fifty thousand gathered in Washington, D.C. at the Lincoln Memorial to join the crusade by marching on Washington and hearing his famous “I Have a Dream” speech.  His words reawakened the American conscience to the importance of equality and freedom among men of every race and creed.

Dr. Arthur Hippler, Chairman of the Religion Department talks in PA moral theology classes about the importance of King’s Letter from Birmingham Jail. King was originally imprisoned for underpayment of his taxes and wrote the letter during the Easter season, responding to objections from local clergymen. They were criticizing him for breaking the law and King wanted to convince the Rabbi, Episcopalians and the catholic bishop to develop different ways of thinking.

“I really appreciate the [letter from] Birmingham Jail as it has real substance to it and it explains thoroughly our rights and duties given by God. It is also something that is often ignored or people don’t hear about it. King gives value to our human dignity and he ensures that people regardless of color can protect and respect each other,” Hippler stated.

He also noted, “In his letter he [drew] freely from Plato and Socrates as they were great thinkers. King sought common tradition as a great treasure trove of human thinking, destiny, fairness and dignity.”

King also organized the Montgomery Bus Boycott which was a protest against segregation on public transport. “Boycotts are used to influence behavior in positive ways as it mobilizes public opinion and exercises economic pressure in a society,” Hippler added.

It’s not just upper school students who learn to appreciate King in PA classrooms.  Lower school students made art projects of Dr. King and shared some of the things they were grateful for. Annaliese, a pre- kindergartener says she has a dream that “everyone has food and water” and Stella, another pre-kindergartener says she has a dream that “everyone would be thankful for the things they have in life.”

PA celebrates King’s life in many ways at PA. As Dr. Flanders notes “King’s movement worked for the full vindication of the equal humanity of all, regardless of skin color.”