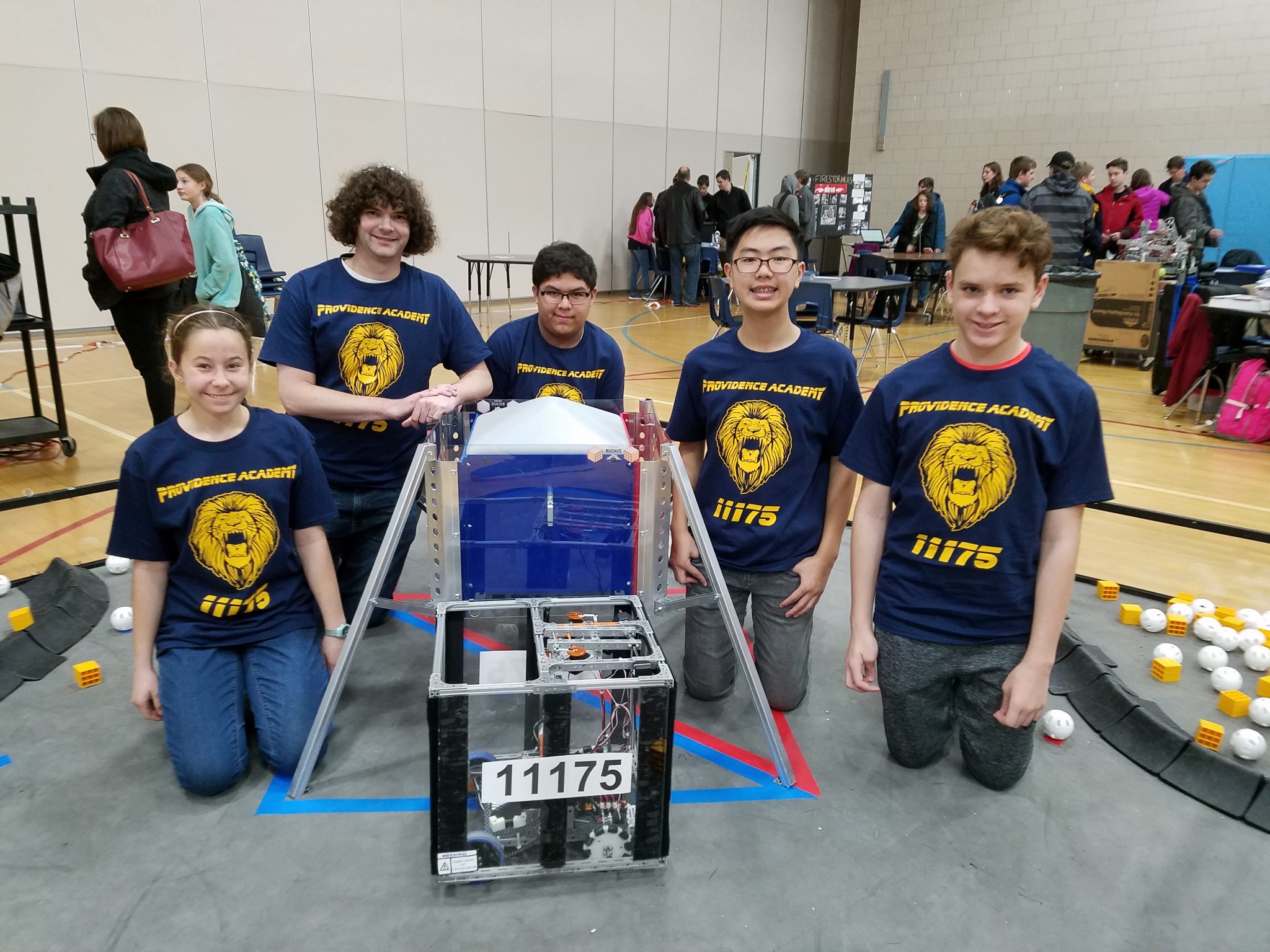 As the rest of the world started Christmas shopping, began preparing for finals, and finished college applications, the Providence Academy Middle School robotics team geared up for their competition, one they’d been preparing for since the beginning of the school year.

STEM enthusiasts from 6th to 8th grade filled the University of Minnesota Auditorium in early September awaiting a short video which would dictate their after-school activities for the next two months. Among those gathered were several PA students, members of the FIRST Tech Challenge, FIRST Robotics’ middle school program.  The short video told teams the rules of this year’s game and what tasks their robots had to accomplish in order to win. With help from high school robotics students and the guidance of adult mentors, PA team members spent two to three months designing and building a robot for the competition, held earlier this month.

The first thing Providence’s team did when they returned to PA was brainstorm.  They imagined what they wanted the robot to do and several ways to accomplish each task.  Over the course of the next week, the list was gradually whittled down to a feasible length.  The next step was to design the robot using CAD software. High schoolers Dylan Drean ’19 and Shane Flanigan ’20 provided assistance with this step.  Meanwhile, Bennett Hilberg ’24 wrote the code that made the robot run. A model of the lander was assembled by the rest of the team: Maggie Ludlow ’23, Anthony Longman ’23, and Ryan Kim ’23.

The robot slowly took shape. First the frame, then the drive train, and finally the mechanisms were built. In keeping with the rules of the game, the robot’s arm was built to only handle two game pieces at a time.  On the top of the robot, a second arm served to attach the robot to the lander and lift it up at the end of the game. This maneuver would earn the team a hefty sum of points.

At the competition on December 1, the first few games did not go as planned for the PA team.  The autonomous program didn’t work correctly and they were still getting used to driving the robot.  However, by the last round, the team got the hang of things. The autonomous program worked perfectly, the driving was superb, and to the surprise of the team, they were chosen to be part of an alliance in the semifinals, making PA history. Despite their youth and limited numbers, the PA team built a working robot, competed with it, and placed better than any robotics team in school history.