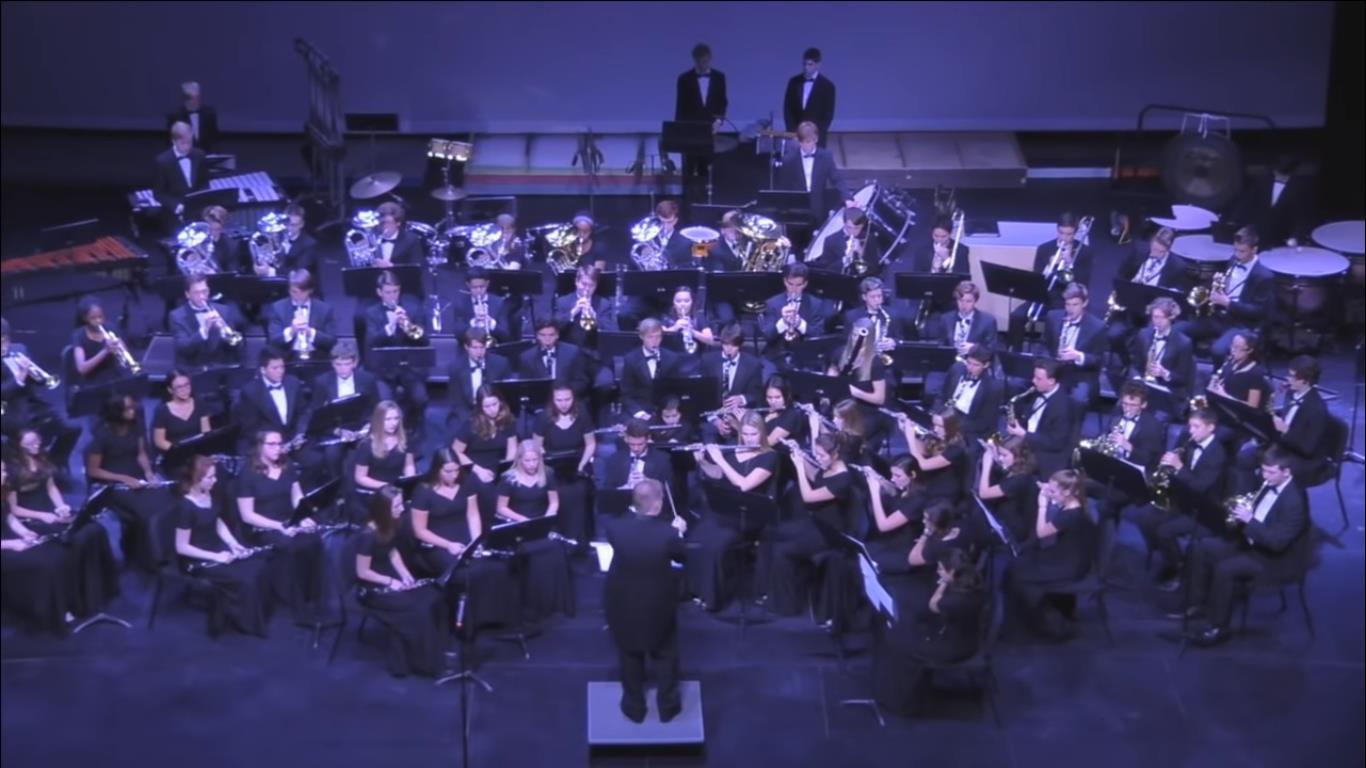 On November 11, 1918, at 11:00 am, World War I was ended by the Armistice.  This historic event, once known as Armistice Day, became Veterans Day in the United States in 1954 under President Eisenhower.  It is now a celebration of all who serve or have served in our country’s military, not just World War I.  Who could imagine the freedoms we enjoy without the sacrifice of these brave men and women?  Here at Providence Academy, on the 100th anniversary of the end of WWI, we showed our appreciation by putting on a Veterans Day concert in our dazzling Performing Arts Center (PAC).

This long-standing tradition of PA started in the early days of Providence, before the time of the Symphonic Band’s current director, Thomas Jones.  At the time, the Great Room served as our concert hall, as the PAC hadn’t been built. Regardless of the venue, this concert remains one of Providence Academy’s most important events.

The Veterans Day Concert is very meaningful no matter who you ask.  For Jones, the concert is a reminder that all we have, all the opportunities, came at a great cost: the cost of the lives of those who defended our country.  It’s easy to take the things we have for granted, but this day is an occasion to remember, as Jones put it, “When these men and women decided to defend our country, they wrote a blank check to the United States for an amount up to and sometimes including their lives.”

For the students in the band, this concert is a chance to show their appreciation to these service men and women. For those with family members who are current or former members of the military, it is especially meaningful; it gives them, and all the PA community, the opportunity to thank them in a very public way.

Every year, people thank Mr. Jones for putting on such a beautiful concert and ask him to “never, ever stop”offering gratitude to our veterans.  The modern political climate has people strongly divided over many issues, this concert is an opportunity to invite others in to the patriotism and gratitude that is part of PA.  This is why the Patriotic Concert is so important: it brings us together as a country and helps us appreciate how blessed we are to live here.