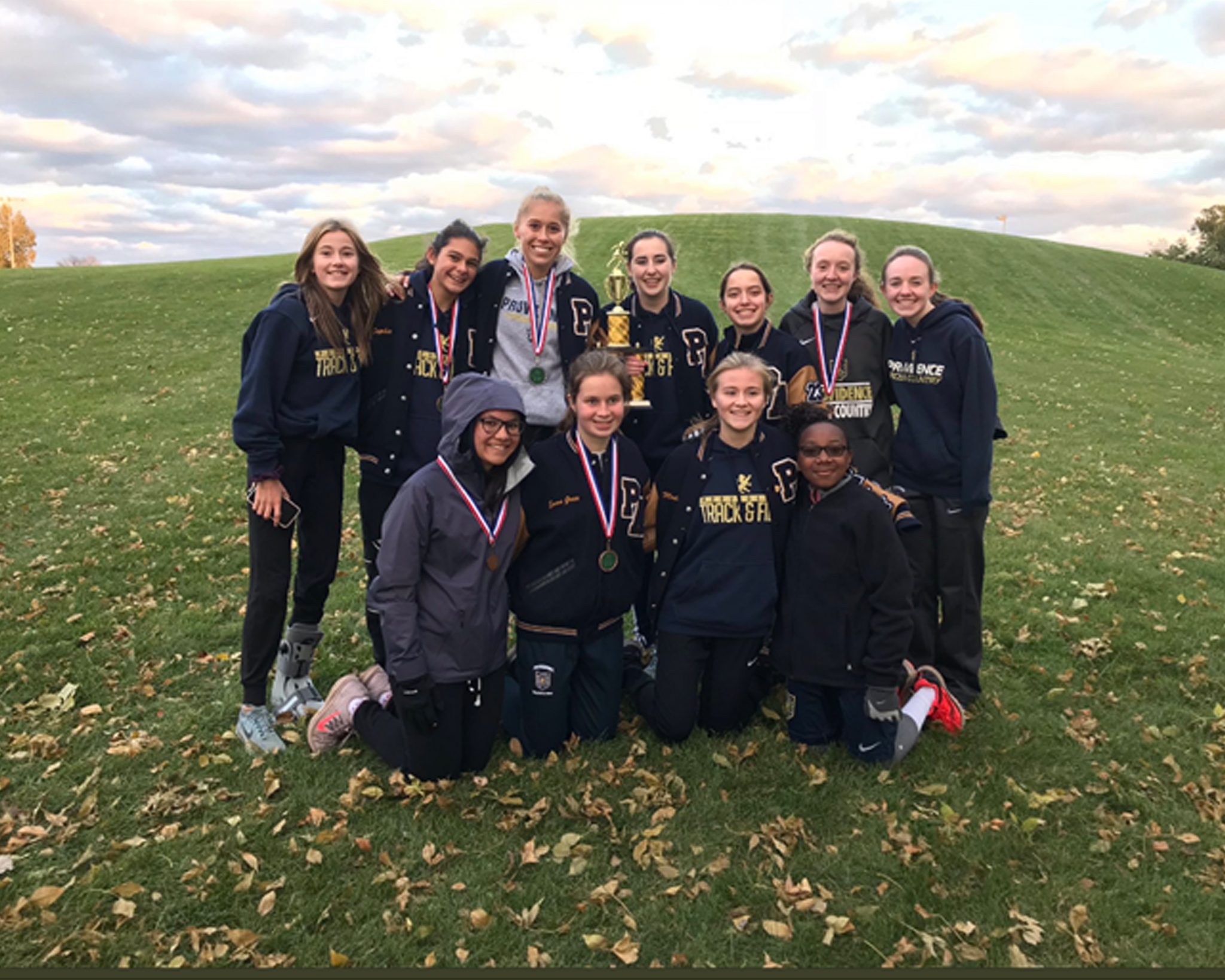 While the calendar may still say it is autumn, there’s no denying that winter is here.   With the falling of the leaves comes the eventual fall of Providence Academy fall sports teams.  There is one team, however, that is still fighting to keep their competitive season alive.   The PA Cross Country team has three runners – Emma Kelly ‘22, Maddie Kelly ‘20, and Riley Nechanicky ‘19 – going strong.  These girls have surpassed their high preseason expectations to make it to the Regional competition.

The girls had plenty of hurdles to clear on their quest to Regionals.  The Section Meet was the first step.   With 150 girls running, the odds were stacked against the three  PA athletes. Nevertheless, Nechanicky and the Kellys were not fazed – they had not come to lose. All of their hard work ended up paying huge dividends  as the  three  girls finished in the top 15. Maddie Kelly dominated, finishing in first place with a blazing 19 minute, 13 second race.  The PA girls team  placed second of the 21 total teams at the meet.  With such strong results, Nechanicky and the Kellys were able to move on to the next round: state!

The State Meet was held at St. Olaf College.  175 of Minnesota’s fastest female runners were there, all striving for strong finishes.  Continuing the trend, the PA girls again placed very well at this competition.  Maddie Kelly led  the way with a remarkable 10th place finish, earning  an All-State award. Riley Nechanicky and Emma Kelly continued to impress, posting competitive times as well.

For almost all sports, the State Tournament  spells an end to the season; it is the end of the road, no matter how well a team does.  The Cross Country team, on the other hand, just can’t seem to get enough.  Thanks to Nike, the three PA girls got the opportunity to continue their season.   Nike invited  Nechanicky and the Kellys  to a Regional meet in South Dakota because of their dedication, skills, and consistent success.   Unfortunately,  that meant  more practicing outside in the cruel,

Still,  the girls remained steadfast in their desire to continue.  Beaming with pride, Nechanicky stated, “We were still really excited to keep running.  Even with the colder weather we still love to run.”

In the end, the girls placed  tenth at the Nike Regionals Meet, last Saturday in Sioux Falls, SD, adding an exclamation  point to an already stellar season.  As the PA girls Cross Country team demonstrated time and time again, hard work really does pay off.