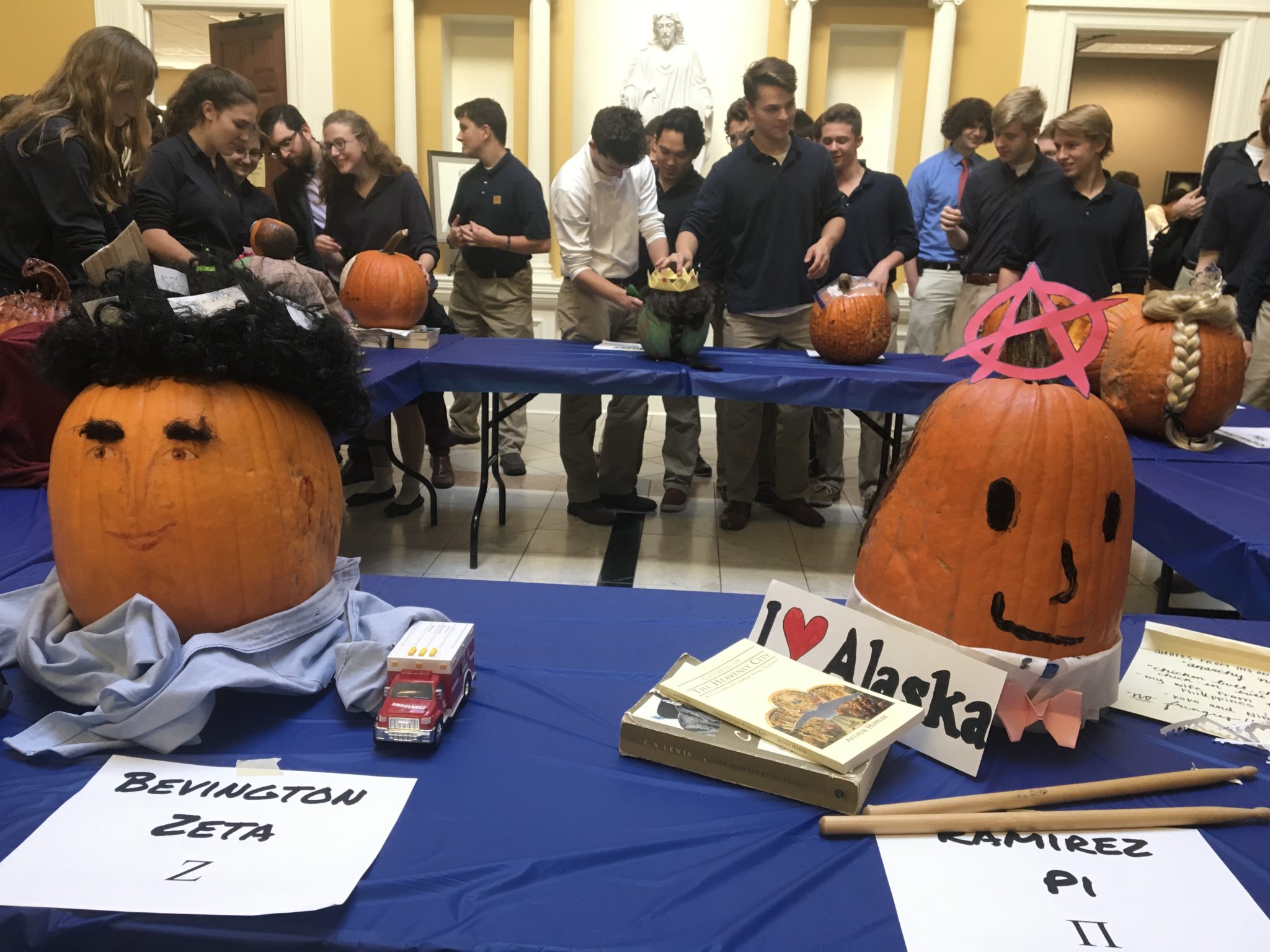 Houses are groups of about 20 PA students, made up of students from every grade, divided between boys and girls. Every Wednesday, Houses meet to do fun, team building activities together, giving students a chance to bond outside of the rigor of regular classes. As Samantha Lichttenegger ’19 puts it, “House is like our family.”

This year, boys’ houses followed a Disney princess theme for their pumpkins, while the girls’ houses chose to decorate pumpkins based on various teachers in the school. Once the themes were assigned, the brainstorming began and each house then decided which specific princess or teacher they were going to choose.

First place pumpkins for each theme received a pizza party as their prize, which was another element students loved. Tommy Villafana ‘20 says, “Carving the pumpkins was exciting because it was a competition between the houses, but it was really fun at the same time.”

In girls’ houses Gama took the gold, with their pumpkin based on middle school religion teacher Mr. Janz. The winner of the boys’ houses was Xi, who created a Princess Fiona themed pumpkin.

The contest wasn’t only for a pizza party, though. This Halloween activity gave students the chance to de-stress and have fun with other students. Mrs. Bevington, the Zeta house advisor said, “It’s fun [for students] because they get to be creative and a lot of people can be involved in the design.”

Pumpkin carving was also a good opportunity to practice a useful skill: teamwork. It’s necessary to work together to make a “prize pumpkin”. Lichttenegger says, “As a house leader, I love watching the girls come together to create a really cool project.”