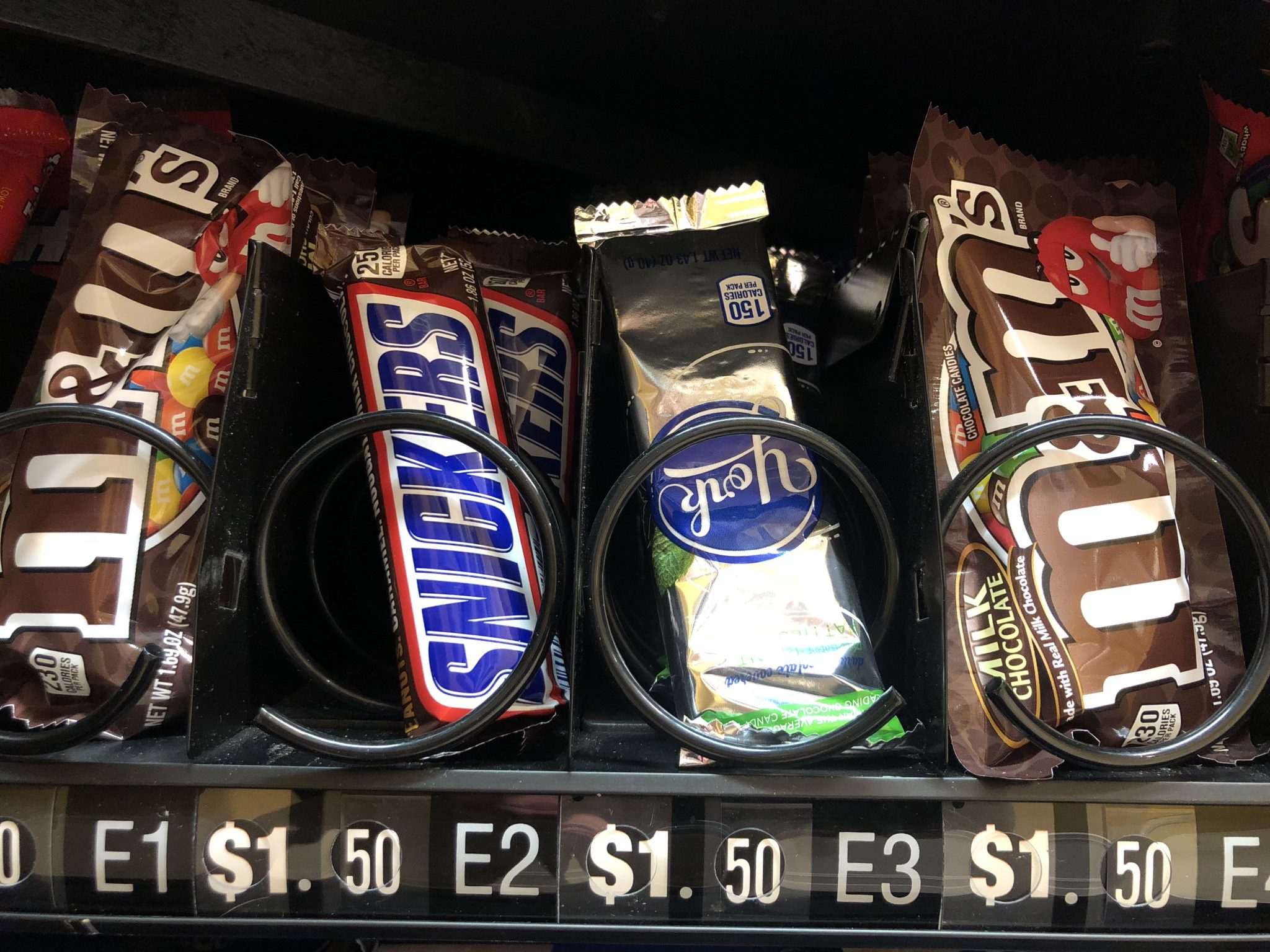 If you are a Providence Academy student, you have probably visited one of the school’s four vending machines at some point during your time here. Every day before, throughout, and after school countless PA students head down to the lunch room for a Mountain Dew or a Big Texas Cinnamon Roll. As a result, there is a growing debate regarding which snack, and beverage, or location is the best.

The four PA vending machines are divided into pairs, with two on the left side and two on the right side of the Great Room Stage. Snacks vary between machines. So there is lots of debate between which side is the best. Sam Loegering ‘19 holds the firm opinion “the right side is far better, I’d rather starve than go to the left side bro.”

Many would agree with Sam, except that the snacks and beverages are constantly changing, and sometimes the best ones are taken out. Cole Straszewski ‘21 loved the chili cheese Fritos, until they were removed “I still go to the vending machines once in a while, but when they had the Chili Fritos I was there everyday.” Unfortunately the Fritos have been gone for a while and there isn’t any sign of them coming back, however, in the meantime there are many other snacks that are arguably just as good.

While almost all of the various snacks and beverages are purchased on a regular basis, there are a few that stand out from the rest. For snacks, the fruit snacks, Doritos, and Pop Tarts reign supreme, and if you get food you need a beverage to wash it down. That’s why Arnold Palmer, Mountain Dew, and Dr. Pepper are best sellers.

The vending machines play a surprisingly large role in the student life, and is something we all care about greatly. We all need something to munch on between meals.