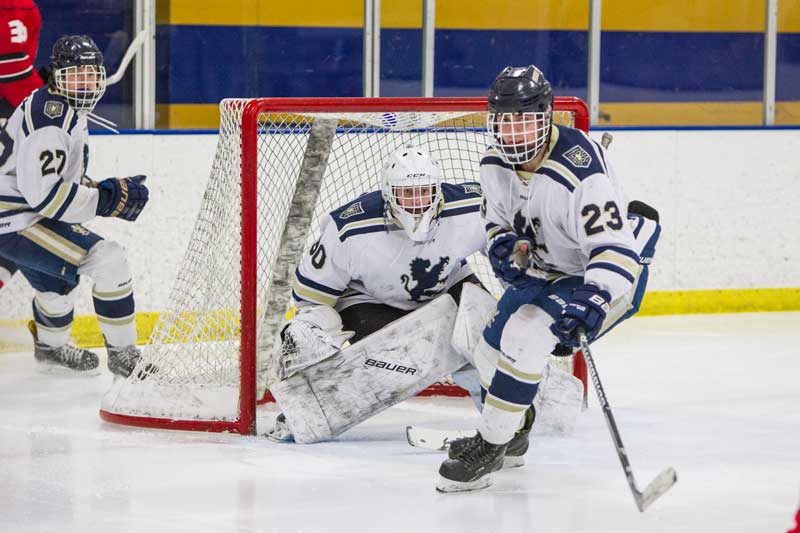 The PA hockey season is almost here. Captains’ practices are underway and the puck drops to begin Providence Academy’s season on November 21st.  PA looks to build on 2017’s school-record 14 wins in 24 games but must find a way to replace many key players lost due to graduation or career-ending injury. In light of this, many hockey fans have been asking the same question: “Is this upcoming campaign going to be a rebuilding year, or will the Lions remain competitive?”

PA starts the season with only one returning varsity offensive line, one defenseman with extended varsity playing time, and must break in a new goalie. To many, the hockey team does not look like it will be strong this year; however, a lot can change over the course of a season.

Dedicated hockey fan and ardent team supporter Samuel Catapano-Stoffel ‘19 stated frankly, “The Lions are going to be bad this year because they lost so many players”.  In response, captain Zachary Giesler ‘19 explained some of the problems facing the Lions: “We have the potential to be a competitive, tough team, but it is going to be hard for us with our small numbers. We don’t even have enough skaters to suit up two teams.” This illustrates a major recurring issue just about all Providence Academy sports teams face: lack of numbers.

With only one returning varsity line, PA’s success depends upon how well the new players fill the roles of last year’s seniors: Are they up to the task? Alexander Doucette ‘21  hesitantly remarked,” I don’t know, I’m just happy to get a chance to play varsity hockey.”

In the end, there is really no way to predict how the 2018 PA hockey team will finish. Giesler concludes,” We shouldn’t be too bad, you know, but if worse comes to worst, it will be chance for some young players to play.”

Although the season may not look too bright for the hockey team, it is important to remember that preseason predictions are only to be taken with a grain of salt and you never know how the season will turn out. Once the puck drops, the Lions will fight to the end.