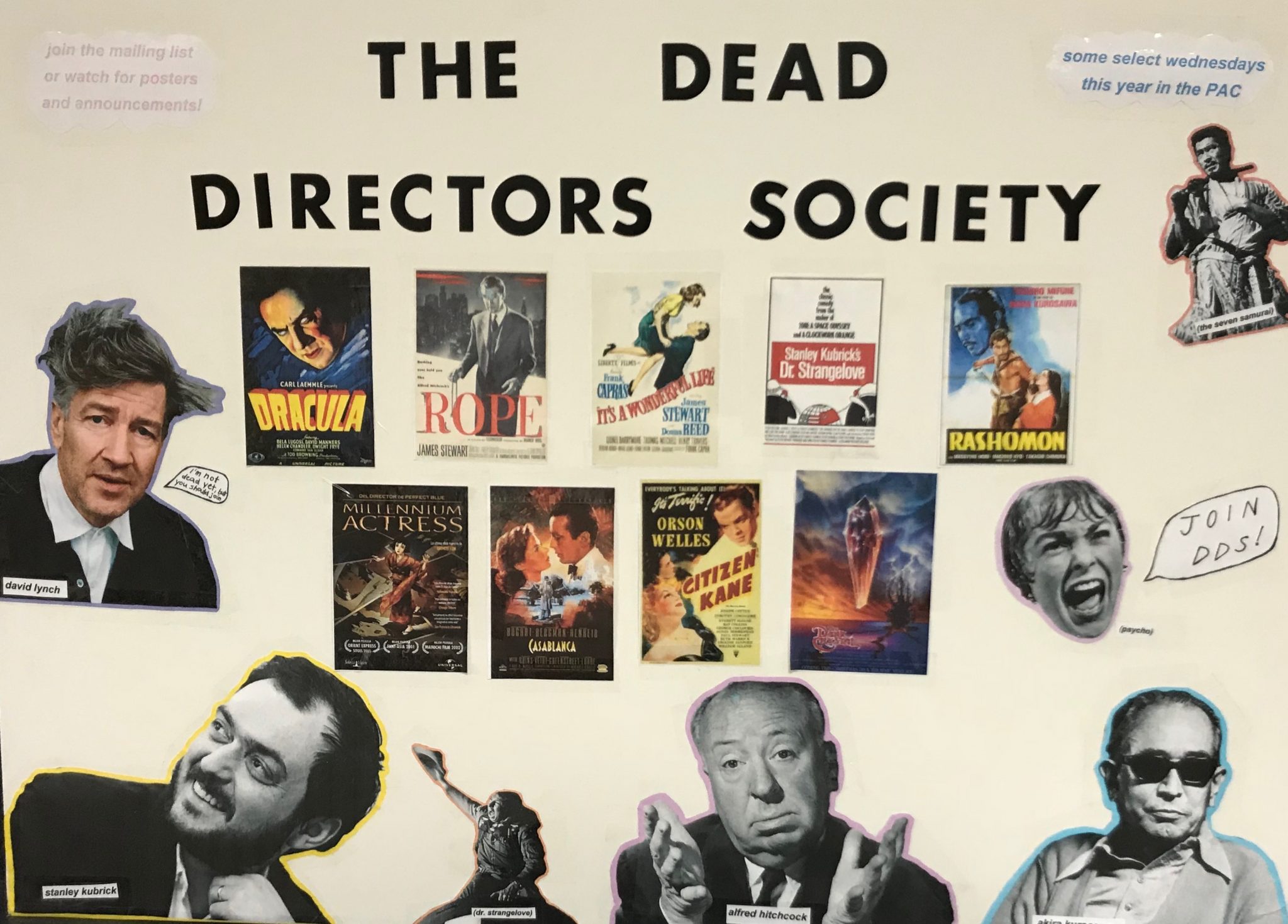 Classic.  Retro. Vintage. These are a few words to describe the cinematic entertainment available through the Dead Directors Society (DDS) at Providence Academy.  “We get together and watch films and music videos by directors who have died…or at least who are really old. It’s a really fun way to learn about history and art by watching and experiencing it yourself. It’s one of the things that personally led me to apply to film school” notes Makena Detert ‘19 the President of the DDS.

DDS is a relaxing club and a fun after school activity. Upper school History teacher Mr. Ian Skemp, Moderator of DDS, insists, “We mustn’t neglect great art. Therefore, I relish the opportunity to screen films that bear the mark of ingenuity.”  He continued, “oftentimes, we watch movies and television as a distraction. We need to wind down, so we watch something trite but enjoyable.”   The club meets about once a month to watch movies from as early as the 1930’s and is always looking for films of historical significance and artistic quality.

Some of the “Dead Directors” students learn about are Stanley Kubrick, Akira Kurosawa, Alfred Hitchcock, Tod Browning, Frank Karla and Satoshi Kon.  Detert Stated, “I make the posters to advertise every screening, and I try to make them fun or interesting so people will be more encouraged to come. It’s free and open to anybody, so I highly recommend that people come and try it at least once!”  Students enjoy watching films in the Performing Arts Center because of the bigger screen. “While we are not allowed to eat in [the PAC], it provides a vastly superior viewing experience to the projector in my classroom,” added Mr. Skemp.

While the society was founded to promote the work of many dead directors, the members’ love for more modern films has earned them the nickname: “Not QUITE dead yet Directors Society.”  The club plans to watch Dr. Strangelove in the coming weeks, so follow up with Makena Detert and Mr. Ian Skemp for details and join the club!