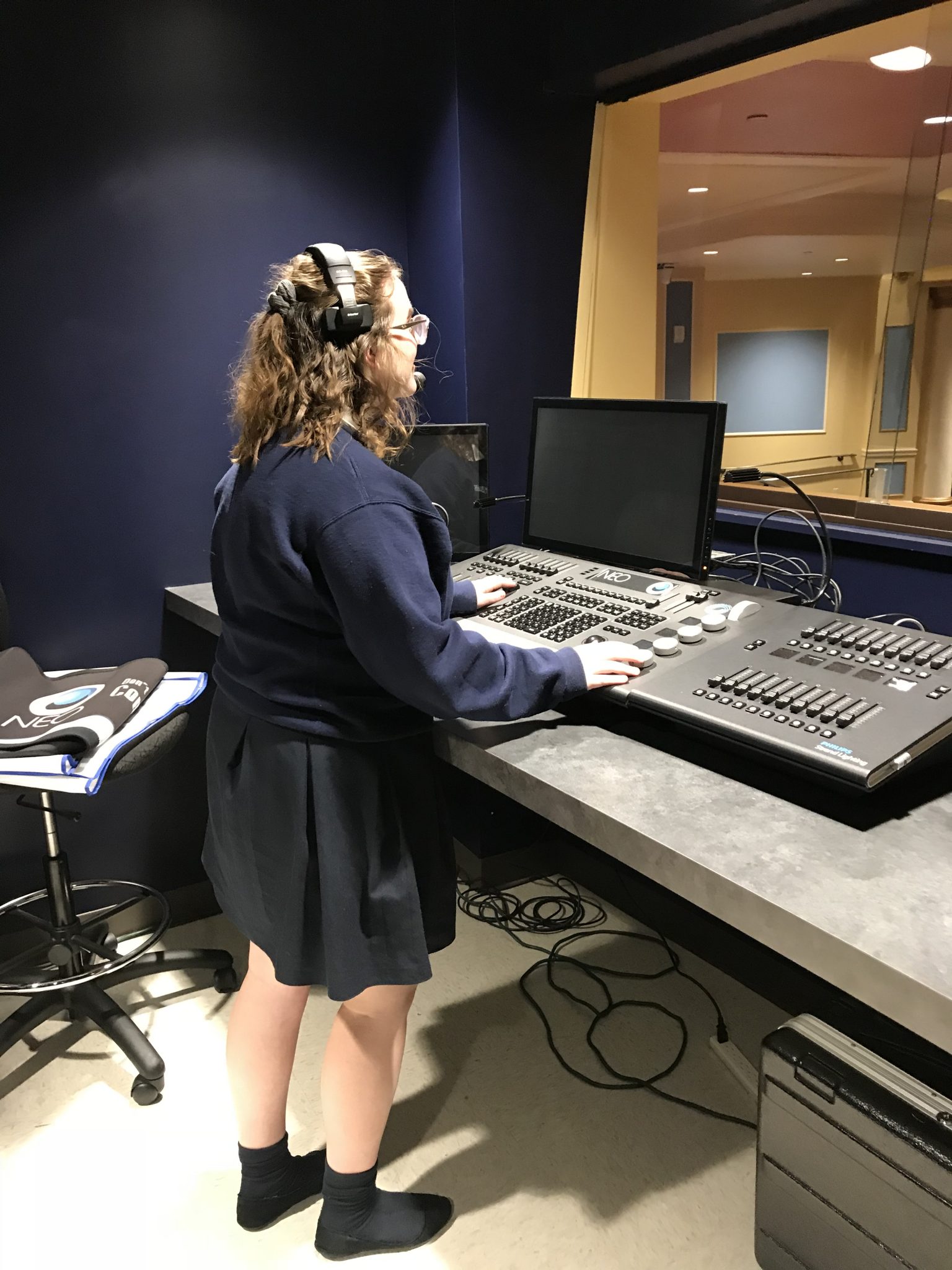 Dark circles under their eyes, lapsed attention spans, and the preoccupied look on the face of cast and crew alert us: tech week has commenced here at PA.  For non-theater students, we only see the after effects during the following school day as the long nights, hard work, and exhaustion of tech week take their toll on theater students preparing for an upcoming production.

During tech week, a necessary step in the rehearsal of any play, theater students run through the entire play in full costume and makeup every night for an entire week leading up to opening night.  Students start with a team dinner at 5:00, supplied by parents. Team dinners are arguably the favorite part of tech week for many participants, including Carson Kreger ’19, “It is a time where we can all come together and bond.”

While the students eat dinner, Mrs. Melissa Simmons, Theater Director, Mr. Dominic Bissonette, Manager of the PAC, and Mrs. Ann-Marie Killion, seamstress, are hard at work preparing for the night’s rehearsal. Roles switch at 5:30 when the students get in full costume and makeup till 6:30, all convening in the theater at 7:00.

On average, tech week practices last until 9:00, “but sometimes rehearsals can go as late as 10:30 to 11:00 if we are facing problems or mess up” Kreger remarked.  She continued, “this can be a pretty stressful time, so power naps really help get through the week!” Even though it is stressful, many students think tech week is worth it. Valerie Fish ‘21 said, “It all pays off in the end when the show’s a hit and we have a celebratory meal at Perkins!” Carole LeVoir ‘19 added, “being able to practice on the stage and getting used to it really helps me get comfortable for the play.”

Though the production itself is student run, the preparation is demanding of faculty as well, who put in the same hours in hopes of a flawless production. “We lead students through it and are there with them during the entirety of tech week but when it’s showtime, my job is to monitor the ins and outs of keeping the audience happy,” Mrs. Simmons says.

“It is a high-intensity and high-stress week, but balanced with fun” added Simmons.  Even the difficulties are easier to shoulder when everyone works together.  “but truly most of the fun is the idea we have fun doing theater.”