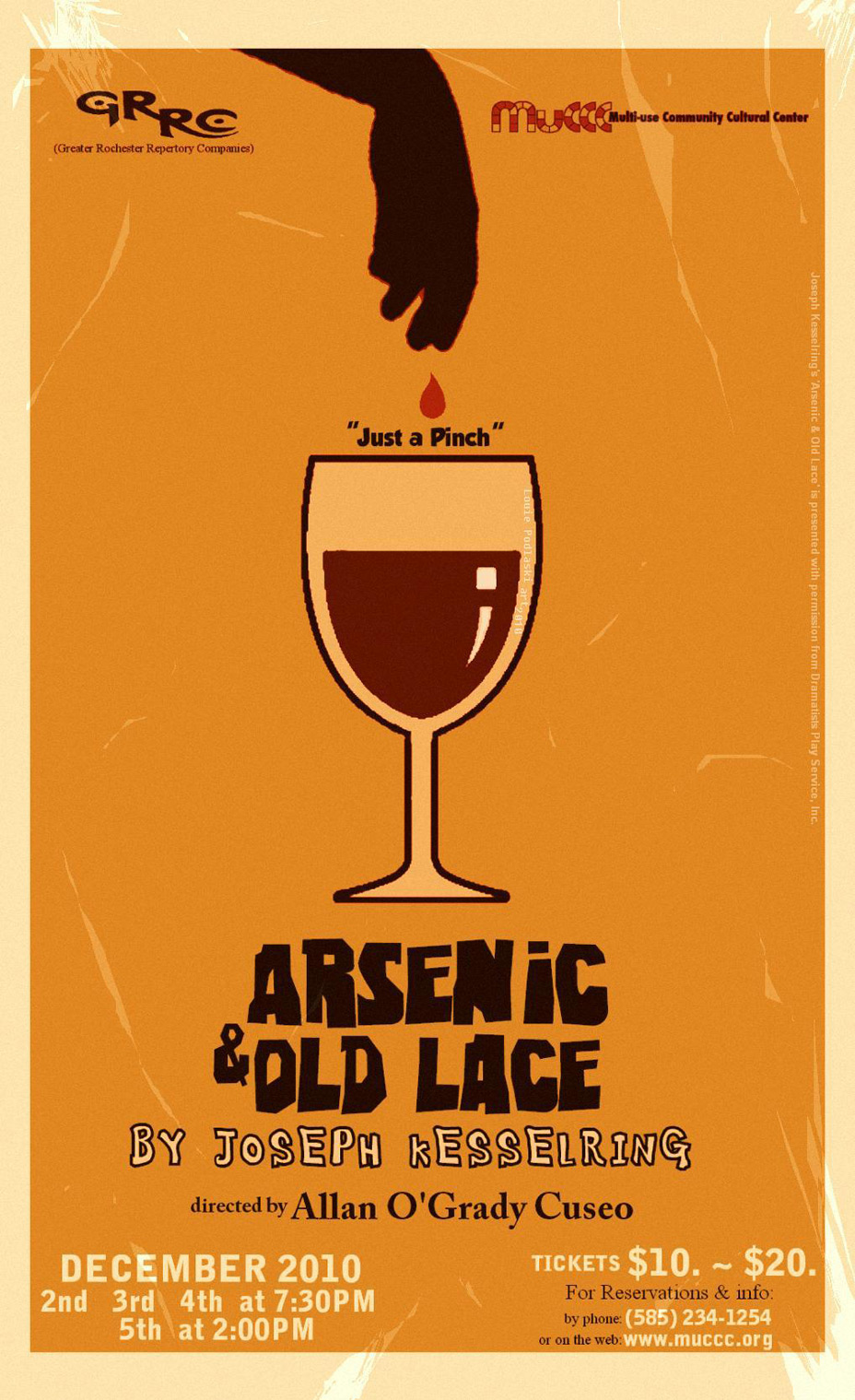 Mark your calendars for October 26th-27th (7:00 PM) and October 28th (2:00 PM) for a dark, comedic classic the entire family will enjoy, Joseph Kesselring’s “Arsenic and Old Lace.”  For those not acquainted with the plot, Mortimer Brewster has his work cut out for him when he tries to make his cooky, homicidal aunts seem ‘normal’ to his new fiancee.

“Anyone with a moderate sense of humor will find this performance hilarious,” remarked stage manager Carson Kreger ‘19. “Even after reciting the jokes in the play multiple times, we still find it hilarious,”  she continued. “The audience will be on the edge of their seats [wondering] what will happen next during this murder mystery and go home still debating the cliffhanger ending.” In spite of the dark humor that pervades this classic play, children will still find it very entertaining because of the random, delightful outbursts from various quirky characters.

“Even though it is a spooky time, children will love Teddy Roosevelt, played by Adam [Huser ‘20], for how accurate he looks and acts as the part” actress Anna Kral ‘19 said.  But Roosevelt isn’t the only lovable character in this cast. Younger audience members are also bound to adore Abby Brewster–played by Kral–for her spunky but sweet personality.

Another character to look forward to for comic relief is Dr. Einstein played by Peter Kopp ‘19.  With his extremely thick German accent and dopey personality, Kopp brings spontaneous humor to the spooky setting. “Dr. Einstein will be a sure favorite due to his sudden outbursts and clumsiness,” Kral adds on to the list of great actors.

One of the biggest challenges the actors and actresses have faced in preparing for this amusing performance is line memorization. This is especially true for Carole LeVoir ‘19 playing Martha Brewster, one of the sisters. “It’s not easy having such a big role and having to memorize so many lines, but it is so fun being with everyone that it is [definitely] worth it,” LeVoir said.  Kral echoed, “I have never had such a big part, but even though I am a little nervous, I am prepared for this new challenge and can’t wait to be on stage with all my friends doing something I love.”