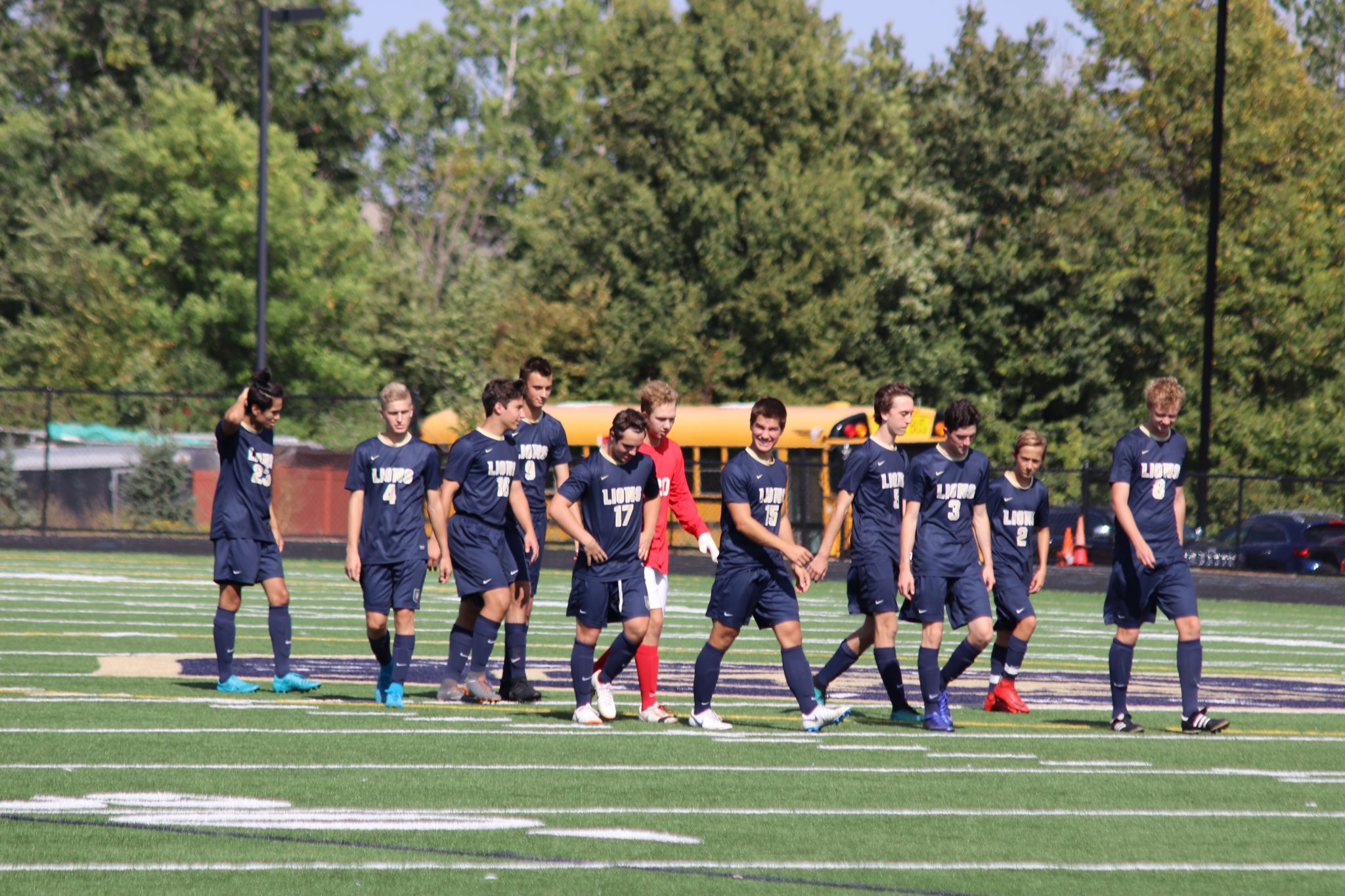 With an estimated four billion fans worldwide, soccer is by far the most popular sport on the planet.  Providence is no exception.  The PA Lions’ soccer team regularly enjoys the support of its fans.  Soccer super-fan Riley Nechanicky, ’19 stated, “The team is really fun to watch!  I usually like watching soccer and I especially enjoy watching the boys soccer team this year!”  It is hard not to be following the PA soccer team now.  What really piques the interest of all PA fans is the surprising amount of underclassman with a strong smattering of the upperclassman.

Because of this, fans of all ages should come out to support the boys as they begin their trek into sections.

Some players to watch heading into sectionals :

Goaltender Sam Young, ‘19 is a four year varsity starter and a brick wall in net, he will be of utmost importance if this team is to go deep in sections.

Crafty defenders Sam Ferreira ‘19,  Zach Giesler, ‘19 and Connor McIntee ‘19 are the defensive backbone that must get the ball up field to the midfielders

Ball-handling guru Andrew McMonagle ‘19 has a crucial role with the team especially after the heart breaking injury to Daniel Caballero early in the season.

Spark-plug Matthew Wooden, ‘22 has the important job of giving the team extra energy and he is a very exciting player to watch.

The smooth offensively skilled forward Dylan Servais who has been described as “saucy” by numerous teammates, will be tasked with getting the ball in the net when sections comes around.

Even if you don’t share Riley’s love of soccer, you can still have a terrific time at the games.  As Logan Blomberg ’19 stated, “I don’t really like soccer, I like basketball, cross country, track, and football more.  However, I still really enjoy going to the soccer games with some friends.”

With most of the soccer games being played during the week, it can be very relaxing after a long day at school to watch a game.  No doubt about it, the fans’ cheering helps the boys play as well.  With all this in mind, why not come out to cheer on the boys soccer team!  There is only one game left on Saturday October 6th, before a very crucial sections run!  Come with your friends and watch the Providence Academy boys soccer team before it’s too late!