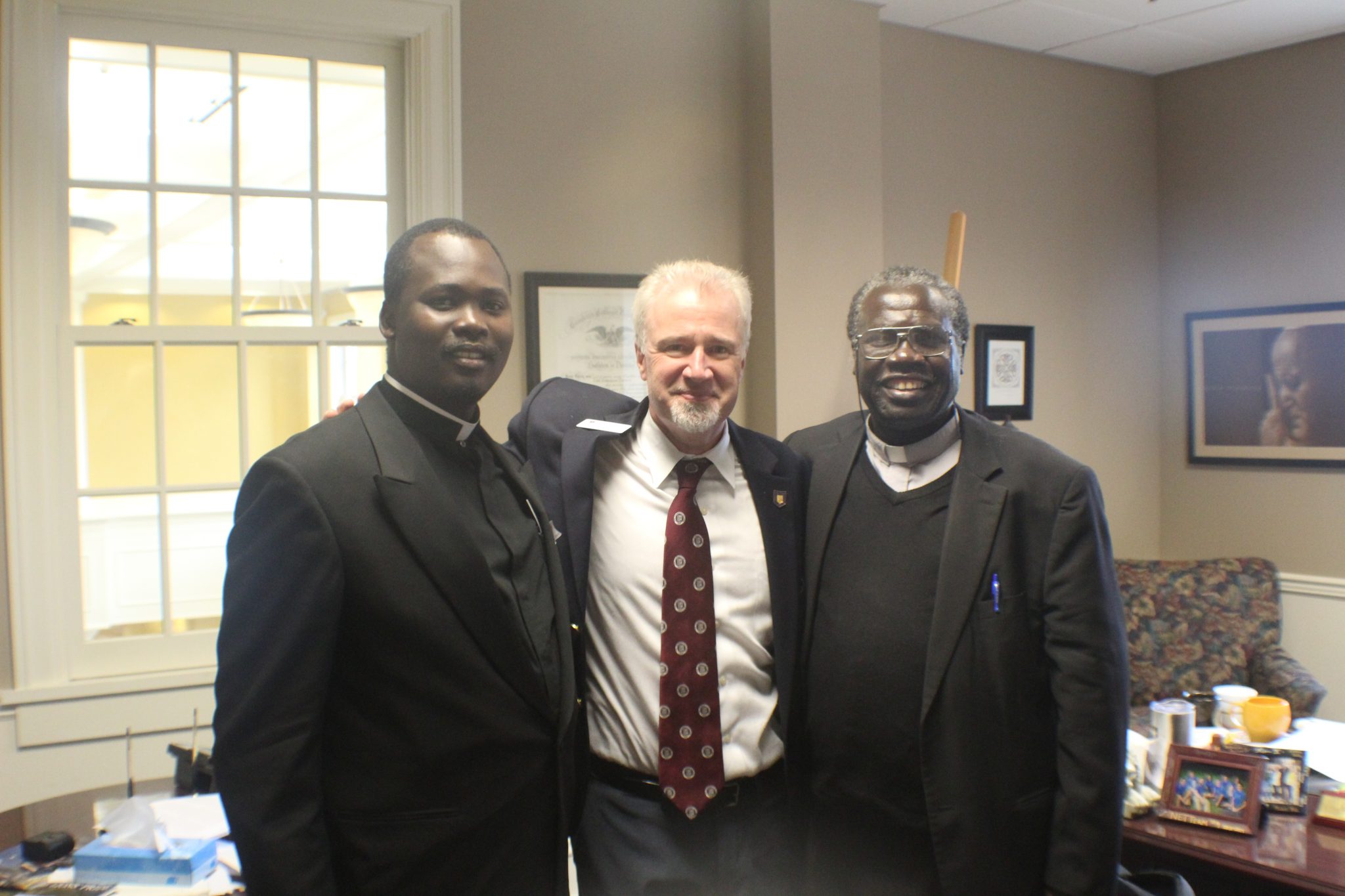 There was a buzz about the Great Room as the middle and lower schoolers stared intently at the stage at the far end of the room. There, a man whose  joy and happiness seemed to radiate off the glare of his glasses was standing with a giant smile on his face. The middle and lower schoolers cheered and clapped as he sang them a song about ice cream. Had anyone come into the room without any clue of what was happening, they would have thought it was the arrival of a rock star. The commotion wasn’t for any rock star, however. It was for the arrival of one of the most beloved visitors to Providence Academy: Monsignor Matthew Odong.

Monsignor Odong has been visiting the school annually for the past ten years, and he is welcomed warmly every time he arrives. He works in Uganda with the Hope for Uganda foundation, which works to provide a Providence-like school for the children of Uganda. This school, Archbishop Flynn Secondary School, is a boarding school for students in grades seven through twelve which helps to form the leaders of tomorrow.

“You all are the leaders of tomorrow,” Monsignor told the eager middle schoolers in his speech, “and the future is in your hands.”

One of the biggest things that Monsignor is known for amongst the students is his deep love of ice cream. When he visits, Monsignor Odong always makes a point of sharing his ice cream song with the student body, and then enjoying a cup (or two) of it himself from the main line in the cafeteria. Monsignor’s favorite flavor is vanilla ice cream.

Monsignor’s annual visit is always a blessing to the school, and students look forward to it every year.