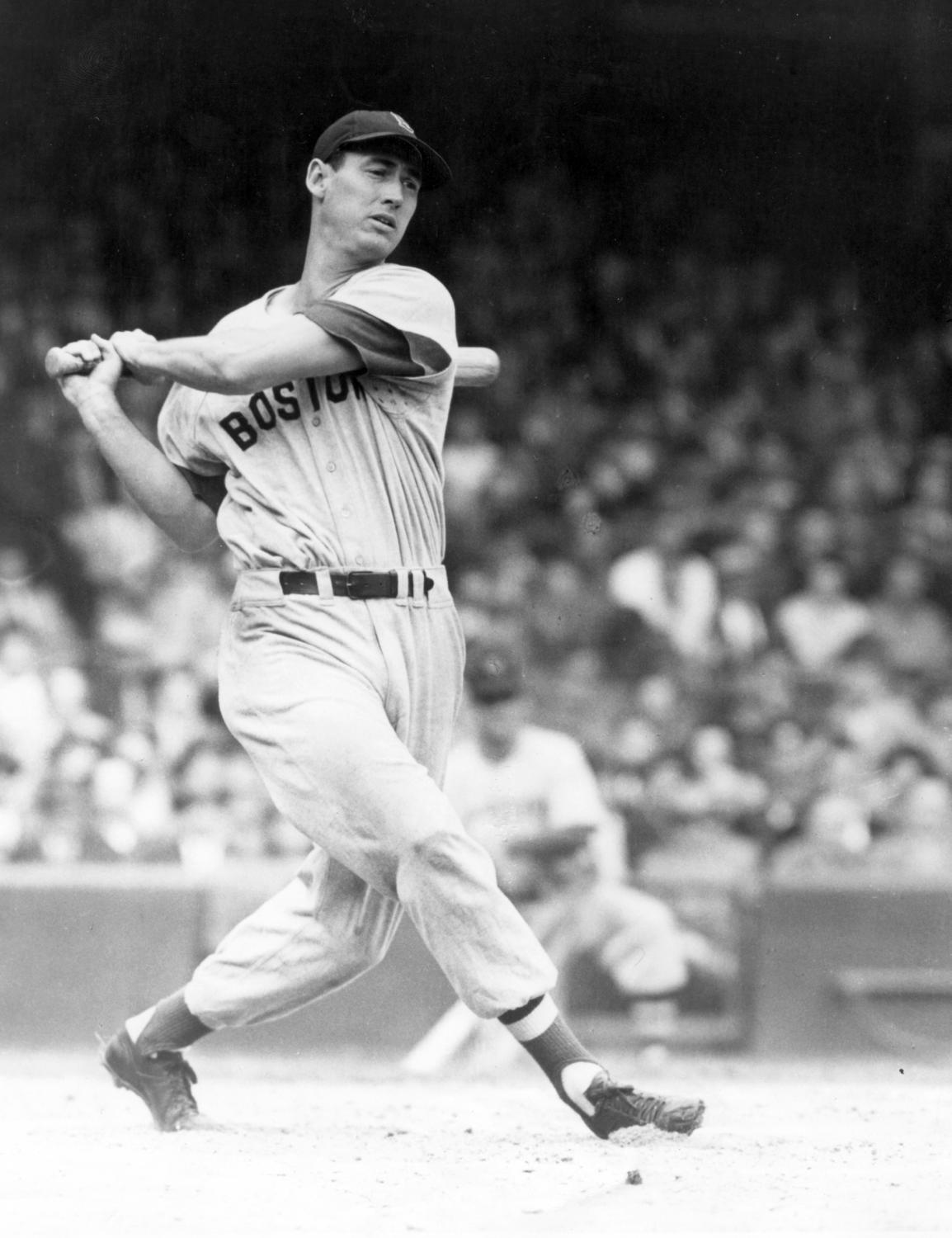 On this day in 1941, left-fielder Ted Williams becomes the the last Major League Baseball player to hit above .400 in a season. In a doubleheader against the Philadelphia Athletics, Williams reached base six times in eight at bats. This performance on the final day of the regular season raised his batting average to .406, making him the first ballplayer since Bill Terry in 1930 to hit above .400. To put this accomplishment in perspective, the average MLB player is batting .248 this season. By the time he retired in 1960, Ted Williams was known as the greatest hitter of all time and had an impressive career average of .344.

A Boston Red Sox legend, Williams was born in San Diego, CA, on August 30, 1918. His success at the plate did not come by chance: “all I want out of life is that when I walk down the street folks will say, ‘There goes the greatest hitter that ever lived,'” said Williams. By 1939, this dream became reality when he made his Red Sox debut. During his rookie year, “the Kid” finished fourth in MVP voting, with a .327 average and 145 runs batted in. 1941 was his best statistical year, though he again came up short in the MVP race, second only to Joe DiMaggio. Williams twice won the American League Triple Crown – 1942 and 1947 – with the highest batting average and most home runs and RBIs. Selected to the All-Star game 17 times, he was finally named American League MVP in 1946, winning the award again in 1949. According to PA baseball aficionado Joseph Fafinski, ‘19, on September 28, 1941 Williams “entered the day with an average of .3995535. Knowing that the league would round this up to .400, Red Sox manager Joe Cronin offered him the opportunity to sit out and preserve his .400 average. Williams decided to play anyways.”

An All-American in every sense of the term, Williams served his country as a naval aviator during both World War II and the Korean War. Not content to simply play baseball for the Marine Corps service team, as some major league players had done, he was a flight instructor from 1943-1945 and flew combat missions over Korea. Proud to fulfill his patriotic duty, Williams’ stats are that much more impressive considering he missed nearly five full seasons in his prime due to active military service.

Williams was inducted into the Baseball Hall of Fame in 1966, his first year of eligibility. He passed away at the age of 83 on July 5, 2002, but continues to impact the game; his book “The Science of Hitting” is still read by many baseball players today.

As Williams himself said, “baseball is the only field of endeavor where a man can succeed three times out of ten and be considered a good performer”.