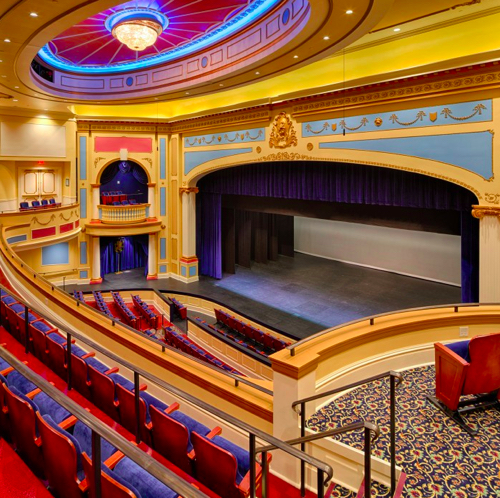 Throughout the years PA’s theater has seen marvelous reviews on it’s theater performances. But this cannot be done without PA’s talented students working on cast and crew. With the fall play, “”Arsenic and Old Lace” coming around the corner and high anticipation going around the school. Audition week has started.

Carole LeVoir is a senior member of theater and has auditioned countless of times. At her first audition, she remembers being a “little nervous but I shouldn’t have really worried about it because it ended up being very comfortable and chill.”

It is a very simple process to sign up for a PA audition. Simply pick up a audition form from either Mrs. Simmon’s room or at the club fair and show up for the audition. Which is usually done with a group of five to seven people.

PA auditions are traditionally ‘cold’, meaning hopeful auditioners just read a general monologue from the script. No further preparation is needed but if to have an idea about the performance, “looking at the premise or watching a movie about it should be sufficient.”

Other than that, there is not really a large difference between auditioning for the play or the musical. The only difference being that Choir Director Mr. Carrillo will also be present for musical auditions.

It’s all about perseverance in the theater. Starting off and getting a small role or a part that wasn’t expected isn’t bad. LeVoir’s advice is “you should still go for it and gain the experience from it. So, in the next performance you might get a better part.”

Theater has benefited many students in their future pursuits and helped them grow in experience and skill. Anna Kral ‘19 dedicates most of her growth as an actress to Providence and Mrs. Simmons. “Providence doesn’t just put out plays but actually teaches you how to act. Mrs. Simmons’s little comments of advice has shaped me into the actress I am today.” With the provision of the stage, she went on to say  “the production a level of professionalism and overall more authentic.”

It is the same with the crew as well. Stage manager, Carson Kregar ‘19, describes PA audition week as “amazing, because everyone comes together and becomes one big theater family, investing everything into the show.” With the new stage Kregar says “Everything feels very professional and there are so many components that go on” and is lucky to be able to experience a professional set.