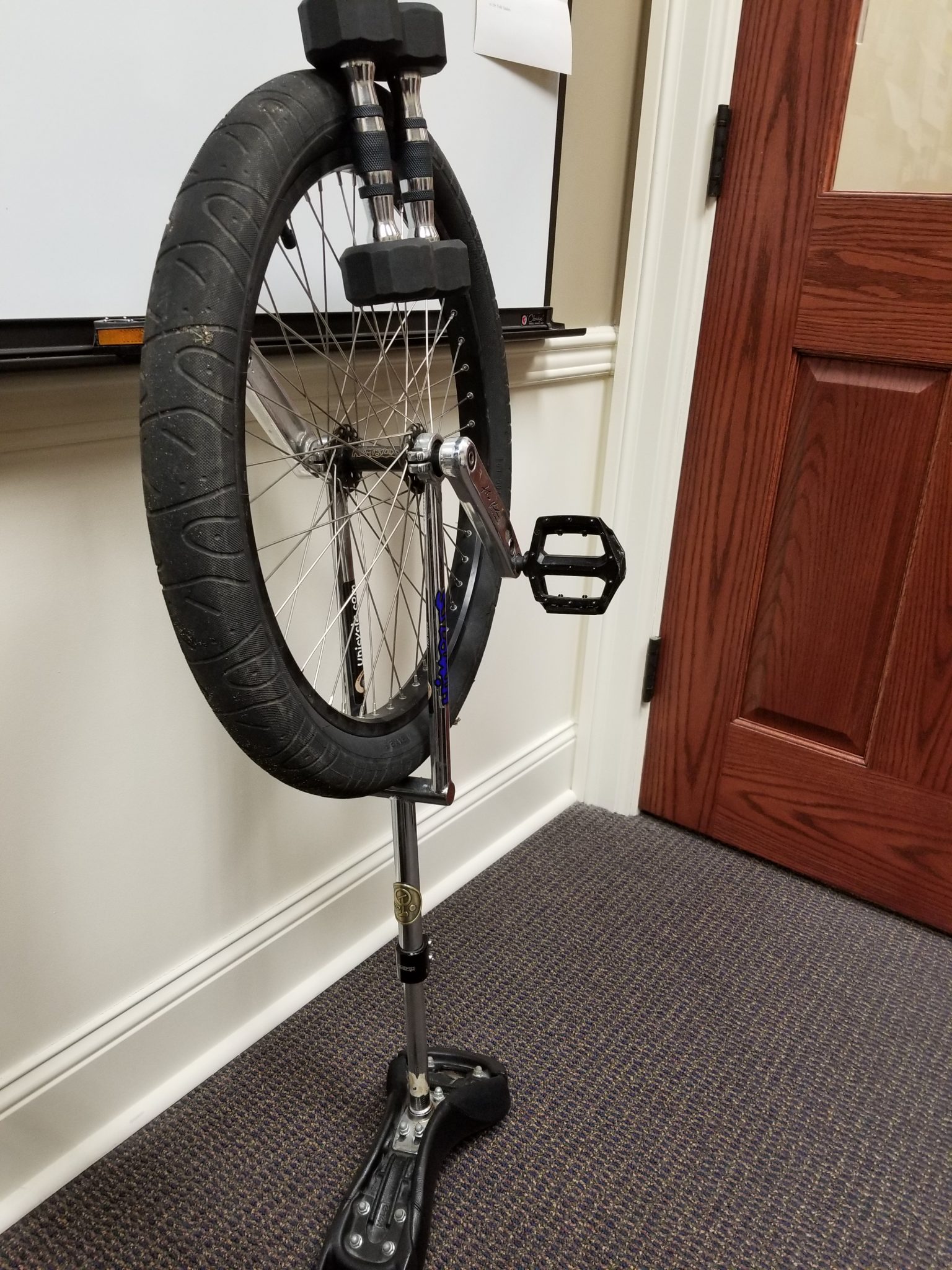 The daily commute to and from either work or school for most people can be utterly drab and can feel like time lost.  However, Michael Tiffany, the Director of Academics and Curriculum and a Latin teacher at PA, has found a way to make his daily commute far more interesting.  He rides a unicycle.

Every day Mr. Tiffany rides his unicycle about four miles total to get to and from PA.  He began this routine when he moved closer to the school, but that doesn’t mean he wasn’t riding before he moved.  He used to ride four to six miles everyday to exercise.  Because of this, he has formed his own style of riding where he holds weights while he rides in order to maintain his balance on slanted paths.  If he begins to lean to one side, he simply has to throw his arms in the other direction.

Mr. Tiffany’s experience on the unicycle goes back to when he learned how to ride at age twelve.  He continued to learn until in college he joined the unicycle and juggling club.  However, there were far more jugglers than unicycle riders, so he left the club.

This lack of riders in the club mirrors the lack of community for unicycle riders in Minnesota.  Mr. Tiffany only knows one other person in the Twin Cities area who rides a unicycle.  This doesn’t stop his unicycle from becoming a part of conversations, though.

Mr. Tiffany says many people stop to talk to him during his daily commute.  While sometimes these are nice friendly conversations there are many unwanted encounters Mr. Tiffany has with others during his daily commute.  For example he says that the two most common responses to his odd choice of transportation are driving really close to him and suddenly honking or jokingly asking him where the rest of his bike is.

Mr. Tiffany has also been seriously injured while riding a unicycle.  One day on his daily ride he fell and completely tore his ACL.  It was the middle of winter and he didn’t have his phone, so he tried to walk.  When he discovered it hurt too much to walk, he decided to ride his unicycle for the rest of his commute.

Despite his injuries Mr. Tiffany still enjoys his daily unicycle ride and will hopefully continue to enjoy it for many years to come. 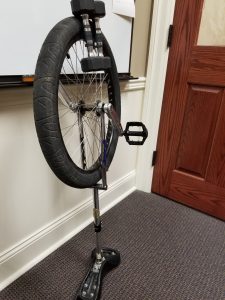