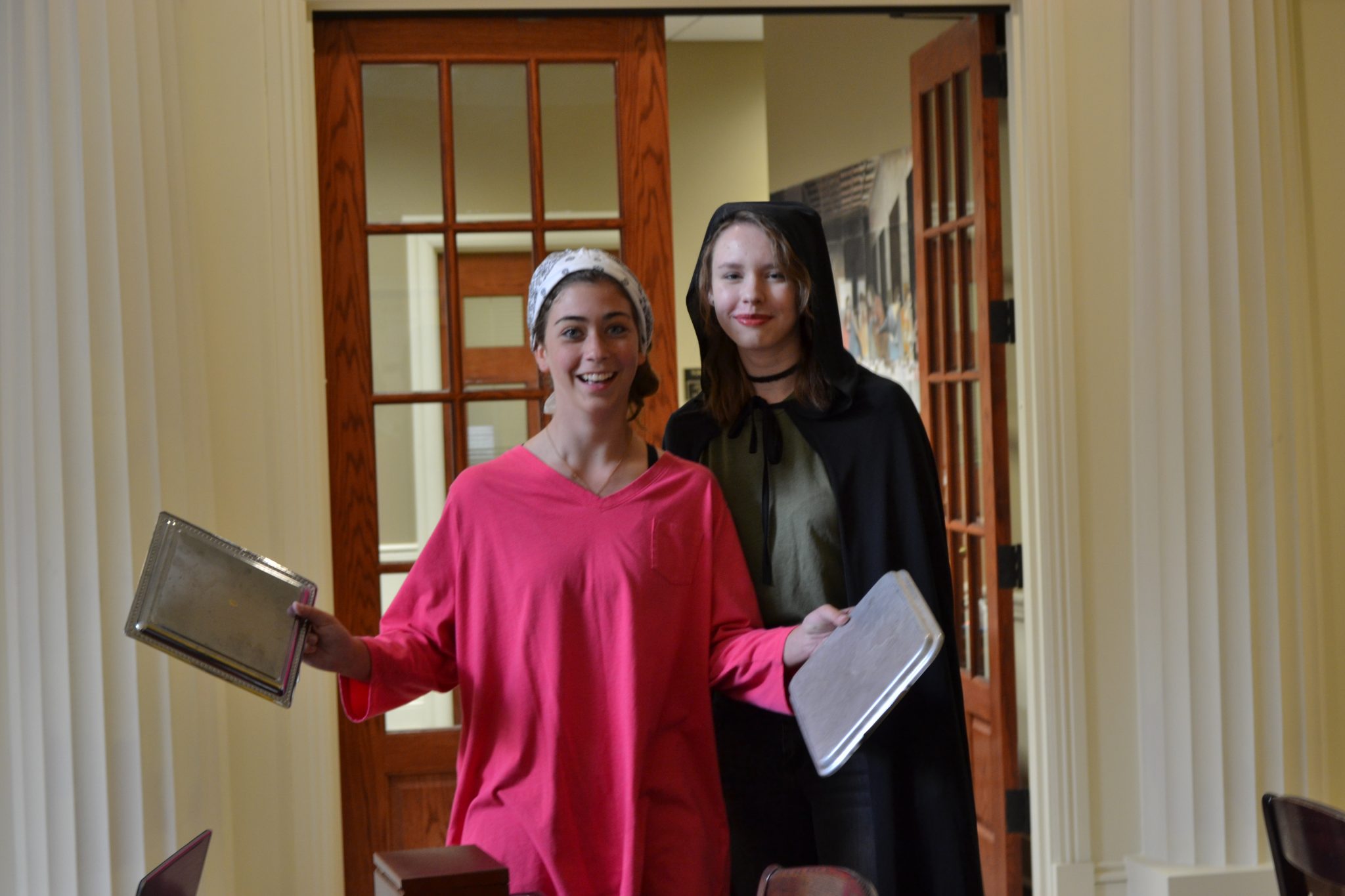 The world of memes has taken the Providence Academy Upper School by storm, leaving students with what PA Junior Gabby Munger described as a “meme-orable” experience.

For most people who are in “Generation Z”, memes are a part of everyday life.  But for those who aren’t deeply inundated with meme culture, the idea can be challenging to grasp.  Because of this, it’s hard to get a working definition for a meme, but the House Leader Meme Day presentation defined a meme as, “An idea, behavior, or style that spreads from person to person within a culture”.

In more simple terms, a meme is a picture or short video clip that most young people find funny or relatable; they share it with their friends on social media until the image has been viewed by millions of people online.

Because memes are such a large part of the unique culture of America’s young people, it is no surprise the the 2018 House Leaders wanted to incorporate this into the Upper School House Week.

Thanks to the dedication of the Senior House Leaders, who worked tirelessly to meet with administration to approve the event, Meme Day was a great success at PA.  As evidenced by the unusually high levels of student participation, Grace Klassen ‘18 said that the theme day accomplished its goal of creating camaraderie between classmates and teachers in the House system.

Anna Kral ‘19 wore punk clothing and a long, flowing cape to embody the “Dark Kermit” meme, which depicts a hooded Kermit the Frog attempting to sway normal Kermit to do something mischievous.

One of the most popular costumes of the day was “Arthur”, the famous character from the early aughts cartoon.  An animated clip of Arthur clenching his fist in frustration has gone viral among teens, and many copy the motion when they are irritated or annoyed.  Seniors Clare Hillen and Kate Murphy both dressed up as Arthur for Meme Day; both agreed that the hilarity and simplicity of the Arthur costume influenced their decision to dress as the cartoon aardvark for Meme Day.

AJ Hedberg ‘21 had one of the most ornate meme recreations, dressing as Dwight K. Schrute from the hit TV sitcom The Office.  His attention to detail with accessories and mannerisms did not go unnoticed by the student body.  “He went all out and he even wrote down some of Dwight’s catch phrases and used them sporadically throughout the day.  That’s dedication,” said Val Fish ’21.

“I dressed up as the mannequin head in a sweatshirt meme because I think it is the funniest thing ever. Literally all you need to do to appreciate it is google ‘mannequin head supermarket’ and you will understand my obsession. Also, a fun bonus to this meme is that Dr. Flanders wasn’t familiar with it, so I got to introduce him to this fantastic piece of modern culture,” said Grace.

Even teachers and administrators got in on the Meme Day fun.  Art teacher Mr. Santer dressed up as “Yodeling Boy”, complete with a cowboy hat, bow-tie, and guitar.  House Administrator Mr. Blonski also participated, wearing a watermelon rind and goggles on his head to recreate the “Watermelon Head” meme.

Students had a blast seeing their peers and teachers dress up, and overall the day was a major success.  Seeing an army of 90s era Dwayne “The Rock” Johnsons, “Sweatshirt Boys”, and “Salt Baes” definitely makes an otherwise serious day of school more lighthearted and fun.

“When I found out about Meme Day, I was so pumped! I thought it was a brilliant idea to show spirit and enthusiasm, especially because memes are the universal language of our generation. I think it went really well. It seemed like it was the most involved any spirit day has ever been,” said Kate Murphy ’18.

Senior Zach Fritz noted that although he won’t be around to see it, “Providence should for sure host another Meme Day next year.”

Students’ love of Meme Day definitely proves that a shared experience, joke, or feeling always has the power to unite.