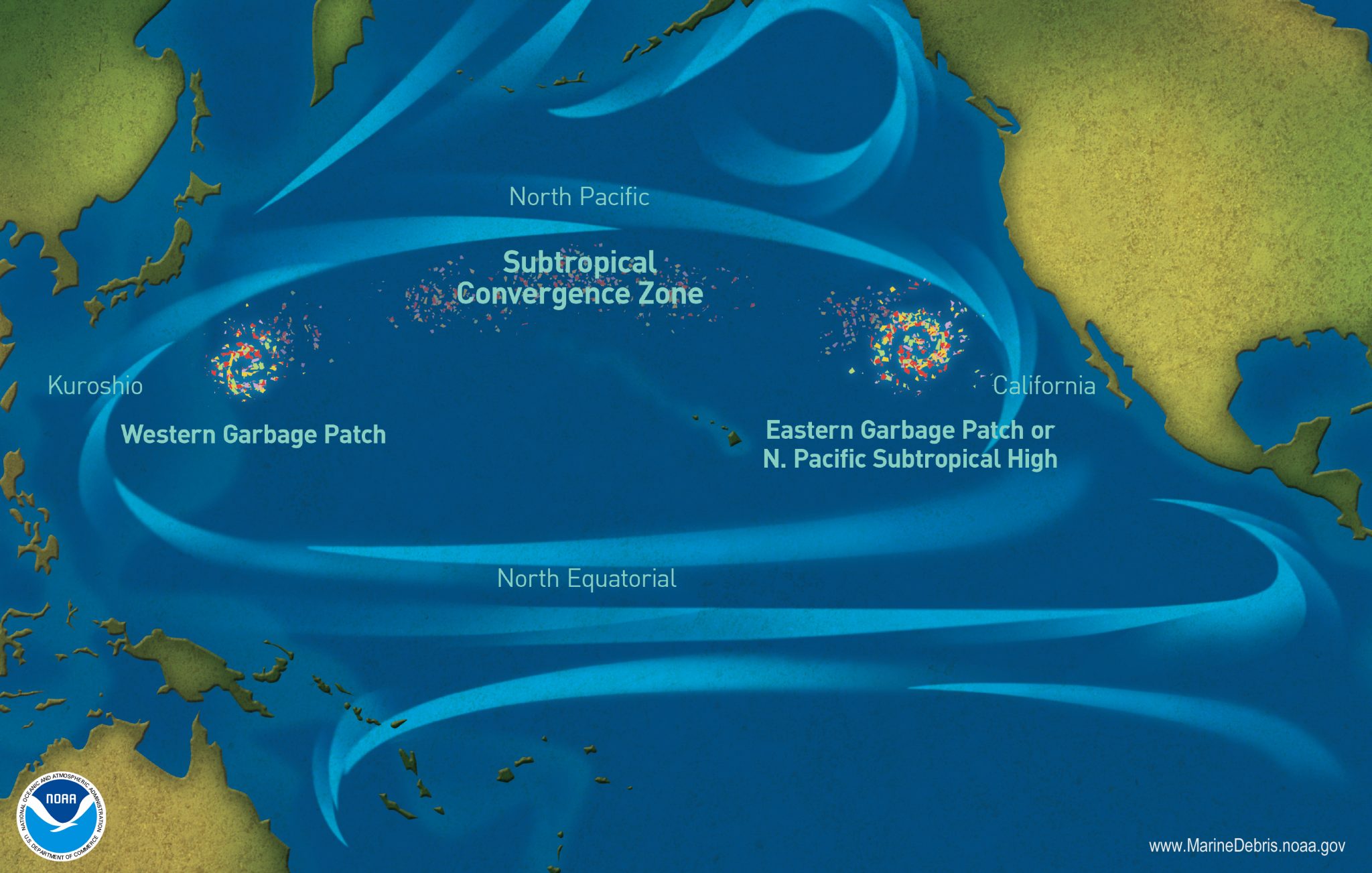 When there’s a buildup of environmentally threatening dangers, there are things such as deforestation, global warming, pollution, etc. which all are usually caused by toxic air pollutants. An example of this is the Pacific Ocean Garbage Island. This is an island created by human trash and stretches to the size of Texas, expanding nine whole feet into the ocean. From this, many animals’ lives are affected, from deformities in physique to improper living environments.

The Pacific Ocean Garbage Patch is the largest island mass of garbage in the ocean; however, there are many other large bodies of garbage in various oceans, such as the Indian Ocean, the Atlantic Ocean, and of course the Pacific Ocean. One may ask how this problem may be solved and how this, according to theoceancleanup.com, 1.15 to 2.41 million ton pounds of plastic and garbage can be eliminated. Recently a group of volunteers have established a garbage cleanup machine to help fix this issue. Working together to clean up trash and help make change in the environment is hard work, but allows for a healthier lifestyle for everyone, and in this case marine wildlife.

With Earth Day passed on Sunday, April 22, it is important to look at the nature around oneself and be able to cherish planet Earth and its many beauties, such as the sky, the sun, the ocean, and everything else it offers us. Nature is a beautiful thing, and we are lucky to have the opportunity live in it. It’s the very nature which surrounds everything living on Earth, from animals and plants to humans, which makes nature and its environment so beautiful. Humans very much impact the environment for a variety of reasons, from helping it be clean and safe for living or polluting it with various harmful things, such as trash or pollution.

People doing good for the environment, either something big or small, can help make a great impact on the environment in a good way, thus making it healthier and a better way of life in general. Those who take environmental health seriously will do things such as walk or bike to work or school, not waste water, and most importantly recycle and throw away their trash .

Providence Academy students every now and then forget that garbage and recycling bins do in fact exist. The halls are never full of crumbled trash, but a piece of paper or an empty bottle of water are not necessarily rare sightings. To make a change for the school’s environment, students must come and work together in order to ensure our hallways stay clean, and with every student working in unison, any piece of trash would indubitably meet its fate and be thrown away. Cleaner hallways not only takes a load off of our janitors, but it also allows for the school environment to look its cleanest and best.

With Providence Academy students working together for a cleaner school, nothing but good would come of it. There is no downside to having cleaner hallways, bathrooms, stairways and even classrooms, only having a cleaner, even more beautiful school then before. Taking a few seconds out of the day to pick up and throw away a piece of trash shouldn’t be too difficult, so it’s up to the students to make their environment cleaner.