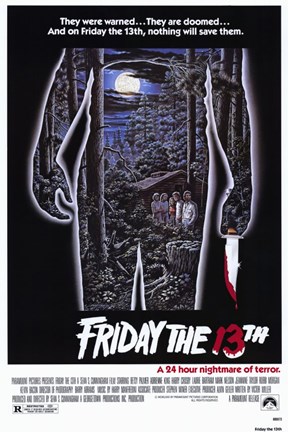 People all over the world have superstitions about Friday the Thirteenth, including students at Providence Academy. Some students had special plans for the thirteenth (watching horror movie, hanging out with friends, coffeehouse, etc) while others believed Friday the 13th isn’t significant at all.

How did this superstitious day come to be? One common idea on the origin of Friday the Thirteenth is associated with the Knights Templar. Malcolm Barber who writes about the history of the Knights Templar in The Trial of the Templars (2 ed.) reports that King Philip was in debt to the Knights Templar from his war with the English, and decided to take matters into his own hands. He began pressuring the church to take action against the order, as a way of freeing himself from his debts.  He arrested many of the members from the Templar on Friday the 13th, therefore, making it unlucky or a day of unfortunate fate. Others say Judas Iscariot being the thirteenth to sit down at the Last Supper makes thirteen an unlucky number, and Jesus was crucified on a Friday.

Mr. Hester does not believe in the superstitions because they give people something to obsess over; something he considers sinful. He cites the Catechism, which says that superstitions are perverse, excessive, and a sin against the first commandment. Indubitably, some people strongly believe that Friday the Thirteenth shouldn’t be a superstitious day.

However, Mrs. Simonson’s Friday the Thirteenth prayer was missing from her prayer book. Spooky…