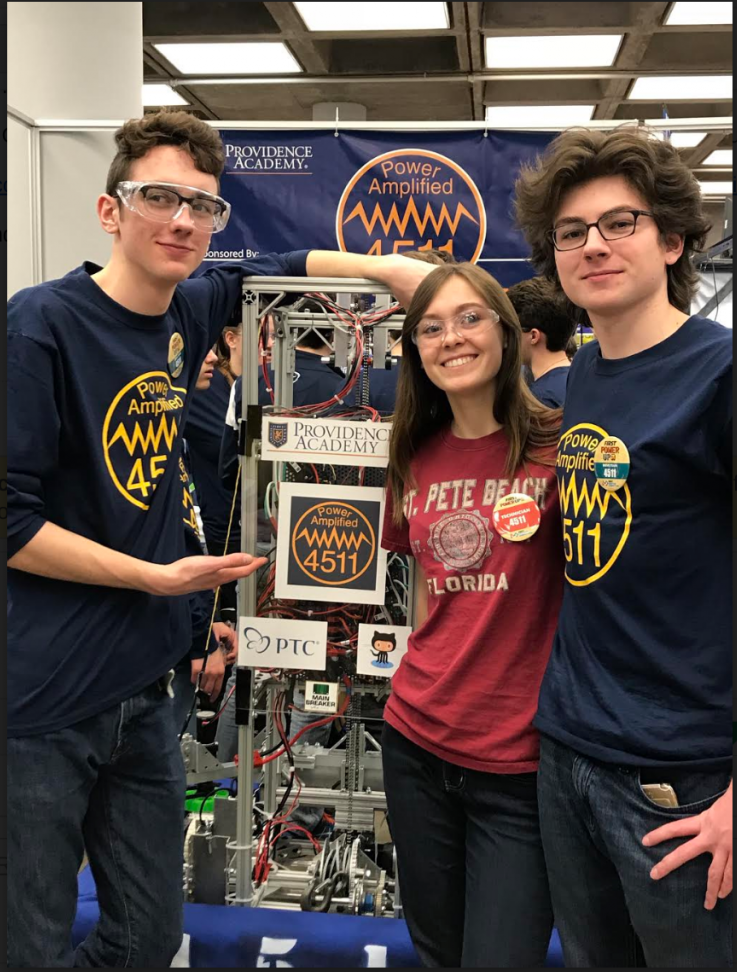 On March 7th the Providence Academy Robotics team Power Amplified drove up to Duluth and spent the weekend testing their robot by competing against other teams.

The competition this year was arcade video game themed. In this game, the team’s robots had to place blocks on scales to weigh their side down and score points. Unfortunately, the Providence robot, which they spent six weeks building, did not get past qualification matches because of many variables.

Students who participate in Robotics learn many useful skills from how to code to how to use power tools in the shop.

Angelina Rossini ’19 said, “The people that are a part of Robotics are kind and welcoming. They make the team fun and enjoyable. When everyone is together, amazing things are accomplished. Everyone at robotics seems to be in a good mood which makes it pleasant. At the beginning of the season, we attempted to create an attendance machine. This was a fascinating experience because I was able to learn how to wire electronics.”