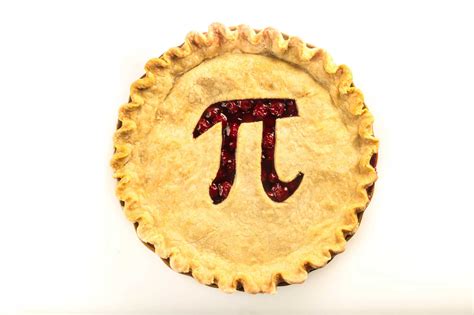 Every year, in the middle of March, people across the country celebrate the above infinite string of numbers. This celebration has the power to unite both math lovers and haters alike.  National Pi Day, March 14th, is a day solely devoted to the appreciation of arguably the most important irrational constant in all of mathematics.

If a traumatic math past has caused you to shy away from pi, March 14th provides a great opportunity to learn a little bit more about what pi is. Upper School math teacher Mr. Firchow explained, “Pi is defined as the ratio of any circle’s circumference to its diameter. In other words, in any circle, 3.14 diameters will ‘fit into’ its circumference.”

Besides its mathematical purposes, there are many fun applications of pi that we can use in our everyday lives. Middle school math teacher Mrs. Quinn said that there is a reference to pi in Kings 7:23 in the Bible. Math teacher Mrs. Ostaffe suggests looking into NASA’s “Pi in the Sky” challenge for some more mathematical fun. Also, if you’re looking to find a specific string of numbers among pi’s infinite digits, Mr. Firchow said the website “Irrational Numbers Search Engine” is a good place to look.

At Providence Academy, celebrations of this holiday took place across Middle and Upper School math classes. Math teacher Mr. Firchow arguably takes the cake when it comes to Pi Day festivities. Mr. Firchow’s classroom is notorious for its “Pi-Chain”. Every Pi Day, Mr. Firchow’s students cut out the digits of pi, sign them, and tape them up on the wall. This chain, which has been building for years, is now nearing 1200 digits. Mr. Firchow is optimistic when it comes to the Pi Chain, and is excited to continue to wrap the digits around his classroom.

“There’s a very rich history of trying to determine pi more and more accurately. Currently, over 20 trillion decimal places of pi are known, so we have a bit of a ways to go for the pi-chain,” said Mr. Firchow.

Unfortunately, not every math student was so lucky. Because of the snow day, some students actually spent their Pi Day taking a test.

Mrs. Ostaffe said, “Unfortunately for my students (most of them anyway) we are ‘celebrating’ with a test! With Spring Break around the corner it was the only that day that would work this week for a test. Ironically, however, the test is on trigonometry and formulas (including area and circumference of a circle). So we will, in fact, be working quite a lot with Pi that day.”

However, if mathematical pi still doesn’t appeal to you, there is another way to celebrate March 14th. Instead of celebrating by learning more about the mathematical constant, many students and teachers chose to celebrate Pi Day with pie!  In math classes and upper school Houses alike, Wednesday periods were spent relaxing with friends and eating mountains of various circular foods.  While many Houses chose more traditional pies for their 3.14 parties, Epsilon and Xi Houses choose to bake pizzas during the period.

Lambda House leader Clare Delmore summed it up well saying, “Pi Day is special for students because it gives them a chance to relax and eat pie which are two things that we don’t normally have time for in our crazy schedules. Honestly, what makes it special is getting time to unwind with friends.”