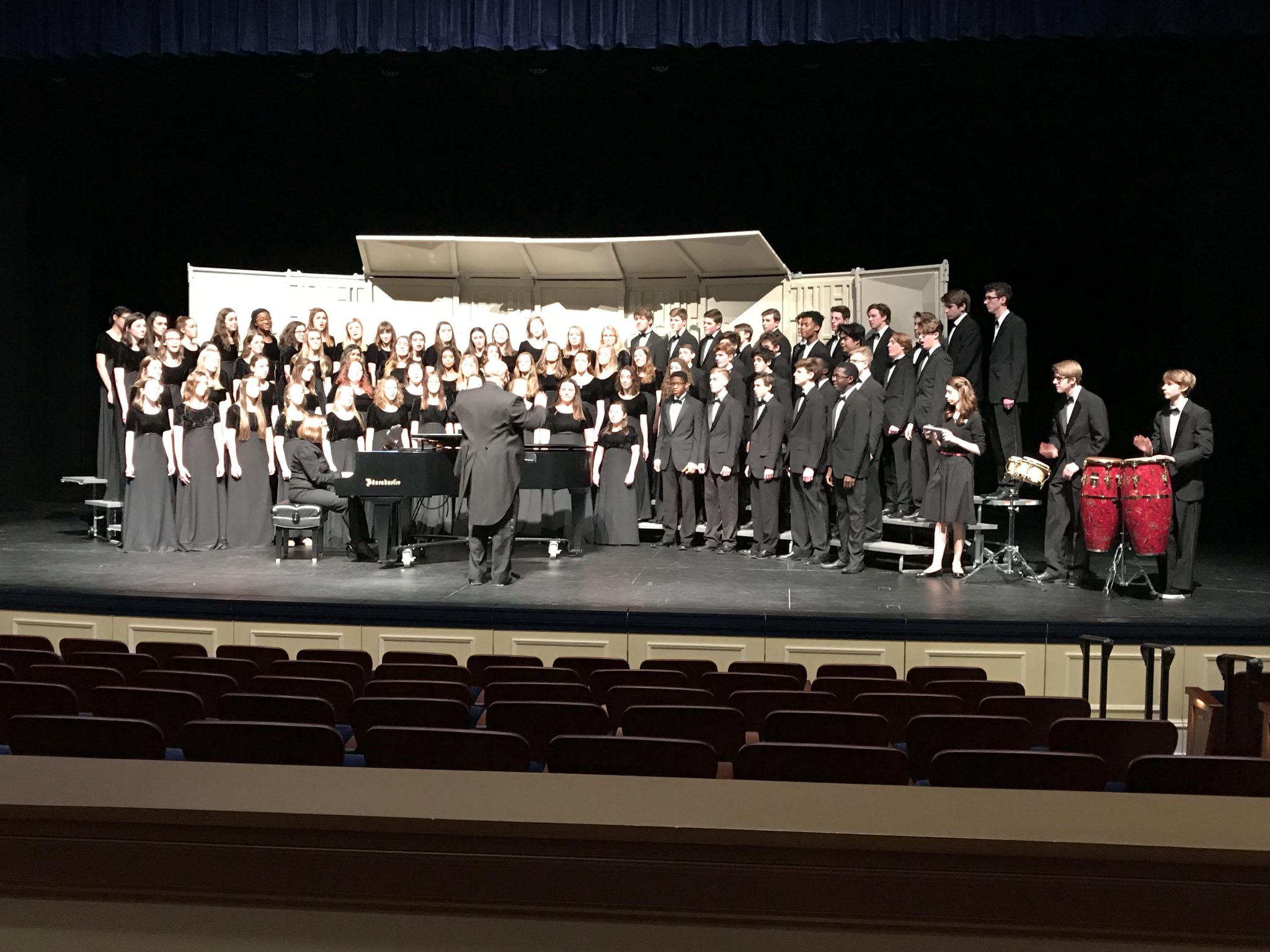 There are a lot of sports in this world. With football in the fall, hockey in winter, and baseball in the summertime, there’s  never a dull moment in the sports world.  Besides the “normal” sports, there’s also the more bizarre sports around the world that are for a different sort of skill set. In the UK, for example, there’s an annual race across the river Thames not in rowboats but in bathtubs of all things, and stinging nettle eating contests are also very popular. In Scotland, cheese rolling races are popular and in Finland, Wife Carrying is even considered a sport.

Not all of the excitement of competing comes from sports, though. There’s also a certain excitement that comes from the contention of the arts. On Wednesday, March, 7th the Academy Chorale as well as the Academy Men, Academy Women, and Chamber Choir competed in the MSHSL Choir contest, bringing back not one, not two, but four all superior ratings from three judges.

Imagine an epic battle of contrast, blend, intonation, literature choice, and tone quality where a group ranging from fifteen to fifty people get up and sing a concert for three judges. The energy is electric, and the fire is in eyes burns with zeal and intensity as they passionately sing, pouring their hearts and all of their souls into this one concert. Their last note hangs in the air as they gaze out at the dark auditorium where three judges as well as other choirs sit there watching them intently. And then it comes. Thunderous applause floods their ear drums as they gaze out at the audience. Now comes the challenging part. The moment of the most anxiety and tension. One of the judges comes up onto the stage and begins to work with the choir and helps them improve bits and pieces of their songs, as well as giving some notes. Then, the choir is free to leave and celebrate another year of contest well done..

Jack Kruse and Peter Kopp (both ’19) were very eager to explain the contest and all that it contains. “It’s a lot like the band contest,” Jack explained, “but it takes a lot longer because there’s usually more than one choir from each school.”  Since there are more choirs, that means that the entire competition thus takes longer, Jack went on to add. It also means that the choir members are missing more class time because they go at different times during the day instead of all four choirs in a row.

Think there’s something missing? Perhaps a competitor? Unlike sports, choir contests do not compete against other choirs. Instead, they simply compete against themselves in a way as they aim to get the highest rating they can. The rating range is good, excellent, and superior, with good being the worst and superior being the best.

Another thing that was interesting about this year’s contest was that the Providence Performing Arts Center was hosting this year. In the past, the choir usually travels somewhere else for contest, but this year, they were chosen to host in our lovely new space. “It[contest] wasn’t as fun since we didn’t get to travel this year,” Peter observed, “but it still was a good experience to host at home.”

Carole LeVoir ’19 was also enthusiastic about the fact that the contest was being hosted in the PAC. “It’s very exciting to represent the school and show off our new performing arts center.”

Overall, the choir contest was very successful this year, and the results show it very nicely. The choir then went on to showcase their handiwork to a broader audience with the all school choir concert on Thursday, March 15th.

Though it may not be considered a sport, choir is still very important to the school community, and their efforts do not go unnoticed.