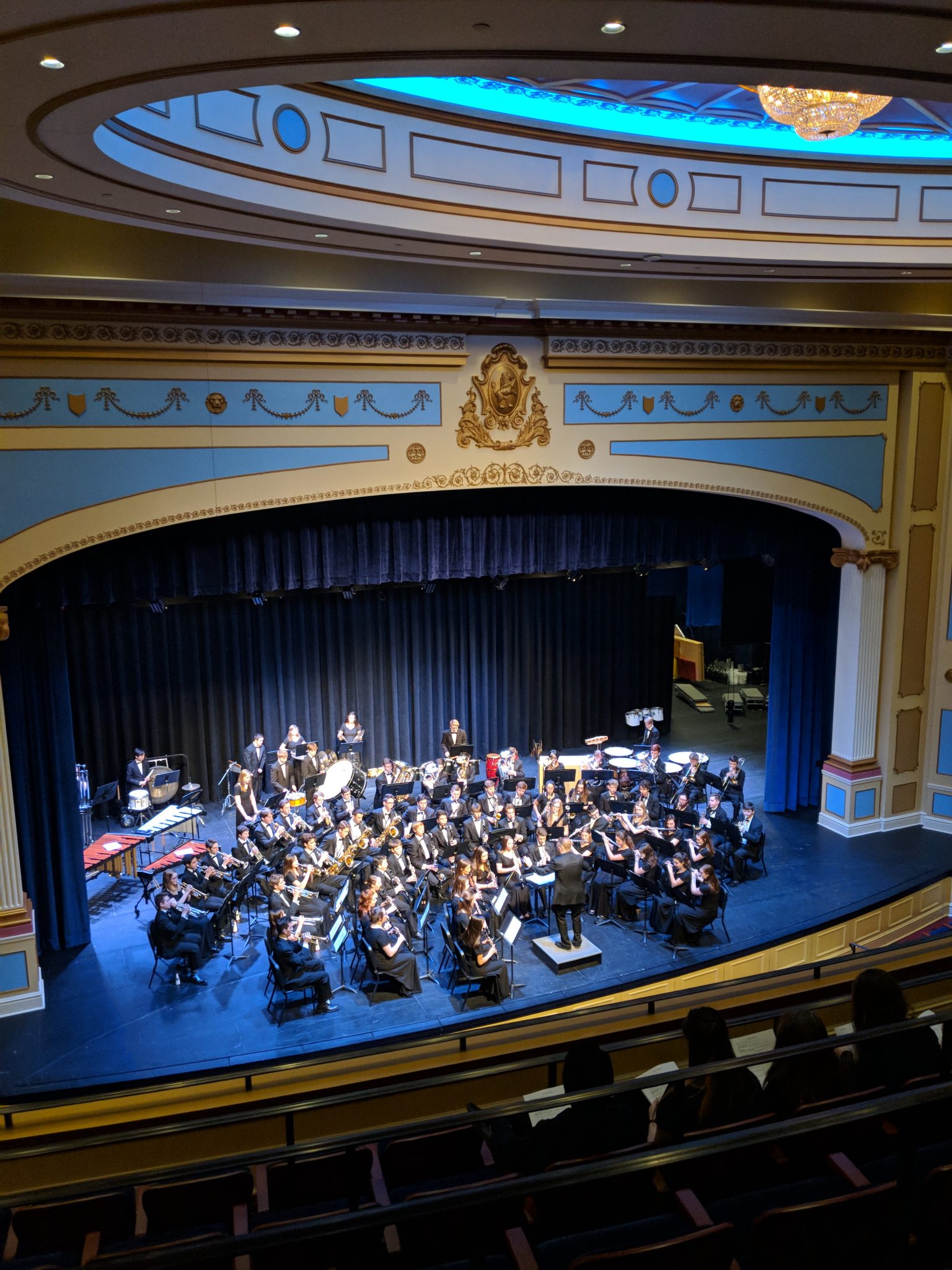 Every year the Providence Academy Symphonic Band and Orchestra compete in what can only be described as a battle for recognition from the other musical groups in their division.  Mrs. Wolfe the orchestra’s director said, “The bands and orchestras from region four, come together for one day to play in front of judges.”  These bands and orchestras work for months for this competition with hopes of achieving a superior grade.

During a group’s performance other groups are encouraged to watch the product of what could be months of hard work for the performers.  Musicians can learn from watching other groups perform.  This can either be through a group’s strengths and weaknesses or through a judge’s comments.  After every group’s performance a judge will walk up to the stage and give constructive criticism to the group.  This advice can often help a group see an audience’s perspective and use it to improve for their future performances.

The judges also give a sheet to each group with their rating and more comments on the performance.  These comments range from the incredibly helpful to the infuriatingly nit picky.  For example the band has a running joke about one judge who instructed the director Mr. Thomas Jones to stand with his legs closer together while conducting.  Little things like this don’t affect a group’s sound but still could affect their scores.

This year both the band and orchestra at PA received superior ratings at the competition.  Mrs. Wolfe said, “We worked really hard on a piece that was really hard and I was happy with how the students did.”  Both the band and orchestra worked hard to earn their ratings and are proud of what their hard work accomplished.  Both groups generally perform incredibly well for a  group still in high school and have earned superior ratings many times in years past.

This years competition holds a special importance for the PA community.  This is because it was our first time ever to host this competition.  We invited all the schools in our division into our new performing arts center for this year’s competition, and we did a wonderful job as hosts.  Students from both band and orchestra hosted groups, gave directions, greeted, ushered, etc.  They made sure that everything could happen on time and without mix-ups.  This tremendous effort from the students made this year’s competition a good time to listen to and play music.