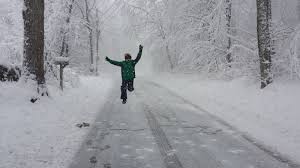 The reason was unclear. There hadn’t been a huge storm overnight, and there wasn’t currently any snow on the roads. “The reality was that no superintendent wanted a repeat of what happened to the St. Paul school district in January,” said Nancy Yang in her March 5th article for MPR.

On January 22nd, a massive blizzard struck the metropolitan area, leaving some students stranded without transportation. According to state officials, around 300 St. Paul students were stuck on buses or at schools. The last student was escorted home at 12:05 that night.

Despite how happy students were to have an extra long weekend, many were confused as to why. “As much as I love a good snow day, school should not have been canceled because barely any snow fell during the actual school day,” stated Francesca Toste ’19.

“I had a lot of fun on my snow day. I got to sleep in and my friend came over,” said fourth-grader John Kelly.

Even if Monday’s snow day wasn’t technically necessary, it was a good precaution, as well as a good excuse to catch up on homework.