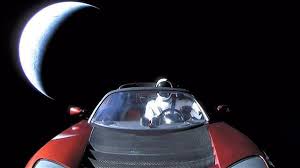 Space X, if their flights only keep getting better, could impact many people, especially those of us who are younger. With Elon Musk’s claims on making life “Multiplanetary” by the year 2040, the younger generation could be the ones to make that happen and to turn what was once a dream into a reality. Those at Providence Academy who have a love for space travel, research of new technology and science in general could become the ones to bear the torches and take on space travel and space colonization.

Providence Academy’s student body has much to offer not only to themselves, but to others. With the virtues that this school offers, and with the virtues that the students have, space colonization could be accomplished by the younger generation. With younger people taking the places of those older in the future, it’s up to those interested in space travel, finding new planets, making history and creating new technology to make this possible.

Elon Musk, inventor and innovator who brought back the excitement of space travel and the use of technology for cleaner air and safer cars, is the CEO and founder of Space X. Space X was founded in 2002 and the headquarters is located in Hawthorne, California.

Space X stands for Space Exploration, and that’s what they are planning to do. Elon Musk claims that by the year 2040, Space X will have the capability to send people to Mars and, through the later years of more research and newer technology, hopes colonization of other planets would be likely. As said on the Space X website, “SpaceX designs, manufactures and launches advanced rockets and spacecraft.” The most recent goal that Space X has achieved was their flight into orbit with the Falcon Heavy model of their spaceship, which was equipped with a Model 3 Tesla vehicle. This spaceship is now in between Earth and the moon’s orbit. This is a major achievement for Space X having a successful flight into space.

For young boys and girls everywhere around the world, this could mean a very bright future for those interested in space and multiplanetary colonization, but specifically for those at Providence Academy, for those who have morals and respect for those around them, could make many discoveries in the name of science, history, and most importantly, God.