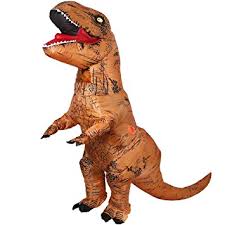 “This is a roller coaster of daring and adventure. An epic display of humanity and masculinity,” Dean of students Mr. Blonski commented as he looked on in gym A on a Wednesday afternoon.

A giant inflatable T-Rex was also watching from the far side of the gym as a group of upper, middle and lower school girls danced in time to Hannah Montana’s “Supergirl” in superhero themed T-shirts. So what was all of this madness? A bizarre war re-enactment? A strange and exotic ritual from a land far, far away? An interesting way to spend the last period of the day instead of house? The answer is none of these, but rather the annual powerpuff volleyball game.

So what is this “powerpuff”?  Sadly, it is not a delicious, cream-filled pastry (that’s a creampuff). Powerpuff is when the girls in junior and senior year on the volleyball team coach the junior and senior boys and have them play a friendly game of volleyball. The boys get all dressed up in their gear and face off in what can only be described as an epic battle of skill and sportsmanship. Two periods of intense spiking, serving, and knocking the ball over the net from one side to the other. The fun doesn’t end on the court, though. The spectators had their share of laughs, too, as students and teachers alike sat together in their house groups to watch the fun and games.

“I love it. It’s ridiculous,” Grace Klassen ’18, leader of the Zeta house commented.

Several students shared Klassen’s view on the game as they spectated. It was a fun time to watch the juniors and seniors try to play volleyball as well as enjoy commentary on the game and who was going to win. Groups of students had even brought snacks to share with each other as they watched the madness ensue. Even though there were only a select group of students playing the game, that didn’t stop the students from having a good time in the bleachers.

The students weren’t the only ones enjoying themselves. The teachers were also having their fair share of laughs as they watched the madness that is Powerpuff ensue.

“It’s greatly entertaining,” Mr. Jones commented as he watched bemusedly from the back row.

Before the game, the Providence Academy Spirit Squad performed a dance. The Spirit Squad is a group of upper school girls who come together and do cheers for PA’s various home football games, as well as for the Homecoming and Catholic Schools’ Week pep fests. This year, the Spirit Squad danced to the song “Supergirl” by Hannah Montana and also invited several middle and lower school girls join them.

“The little girls loved it,” Kaiden Quirk ’21 observed after the dance.

The inclusion of both the middle and lower school dancers added to the dance, and it also created unity between the three grade levels of Providence through a mutual love of dance and cheer.

“It was one of the cuter dances that we’ve done,” Gianna Bruno, the leader of the spirit squad explained. “It was unique, one of a kind, and once in a lifetime experience.”

Another curious spotting at the powerpuff game was a large inflatable T-Rex that was on the Juniors’ sidelines. He brought a lot of laughs as well as general crowd amusement as he watched from the sidelines. The pièce de résistance was when the dino played briefly in the second half of the game. The student in the costume was none other than Peter Kopp ’19. When asked about his experience as a dinosaur, Peter said that it was “very hot” but “worth the memes.”

The Powerpuff game is a Catholic Schools’ Week tradition at Providence Academy. It is not only a good time for students to relax and bond with their fellow housemates, but it is also a time to see the sportsmanship of the juniors and seniors and enjoy their attempts to play volleyball. It also creates a friendly competition between the juniors and the seniors as they try to prove once and for all who is better at volleyball.