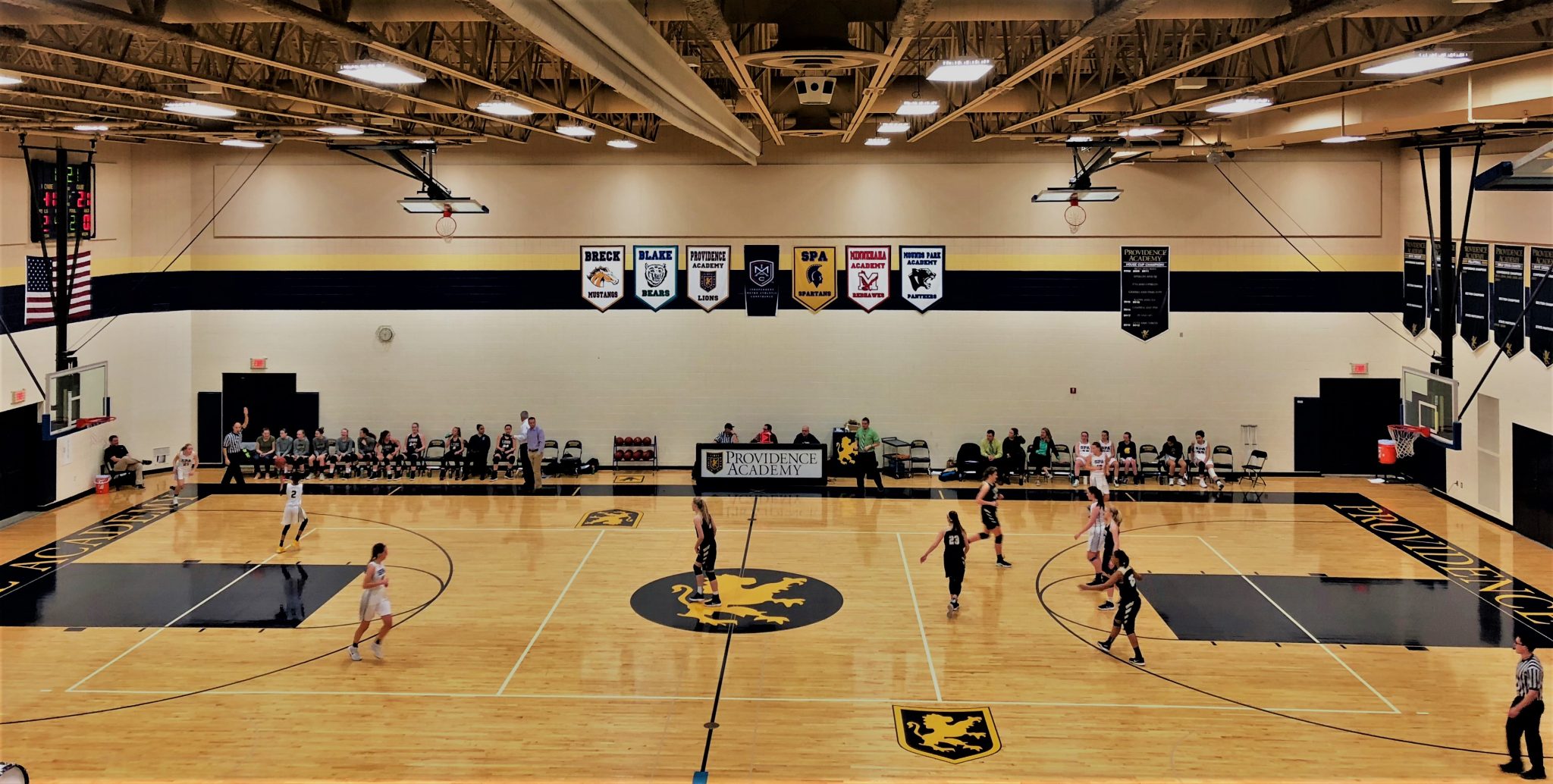 The team runs out on the court.  The pep band is blaring “Final Countdown” while the stands full of people yell with excitement.  This clearly isn’t your typical high school basketball game.

On Friday, February 2nd, the PA Girls Varsity Basketball team had a stellar performance against their opponents to cap off a great Catholic Schools Week for the entire PA community.

Catholic Schools Week is traditionally a time when schools across the country come together to celebrate the value and benefits that come from being a Catholic school.  Beyond this, it is a week for schools to have fun and show off their school pride.

One way this is traditionally done at PA is Spirit Games.  During Catholic Schools Week, students are encouraged to support the Lions by attending games throughout the week.  On Tuesday, the Spirit Game was Boys Basketball, on Thursday the Spirit Games were Boys and Girls Hockey, and the Girls Basketball game on Friday was the finale of a great week of sports.

Spirit Games are very unique because students are actually barred from taking exams during Catholic Schools Week, and many teachers give students a light homework load to celebrate the week as well.  Caroline Heine ‘18 attended the Girls Basketball game at the end of Catholic Schools Week, and said, “[These rules] are the only reason I didn’t have to do homework on Friday and was able to go to the game.  Also, there were many other events that would not have been possible for me to go to without the homework rules.”  Smaller amounts of homework throughout the week helps students support their peers at Spirit Games and have new experiences that they might not have otherwise been able to have.

Another group of students who were out supporting the Girls Basketball team was PA’s own Pep Band.  These students play in the Upper School Symphonic Band and play at sporting events throughout the year to make games even more exciting for the players and fans.  Point guard Hailey Hohenecker said that the pep band’s tunes help her and her teammates get excited and focused during their games.

But the pep band members themselves were influenced by the spirit and excitement of Catholic Schools Week.  Trumpet player Kylie Walgrave ‘18 said that the school pride at Spirit Games really makes the pep band better.  “I think the pep band really does help rally the players and the crowd which makes the overall experience more exciting and enjoyable,”  she said.

In the end, Spirit Games are a very important part of the festivities of Catholic Schools Week, and the supportive student fans and pep band members help make the event even more special.  Hailey Hohenecker thinks the Spirit Games are a crucial part of the Catholic Schools Week experience.  She said, “It’s a great feeling when you know your school is behind you, backing you up with support.  When people get excited and you can hear them cheering for you, it makes you really motivated and it helps up your game and get your teammates ready to go!”

With the combination of a great atmosphere and lots of talented players, the Girls Basketball team won their game against St. Paul Academy and extended their record to 12-9.  Make sure you support the PA Lions basketball teams; both the girls and boys teams have special games at the Target Center on Friday, February 9th.