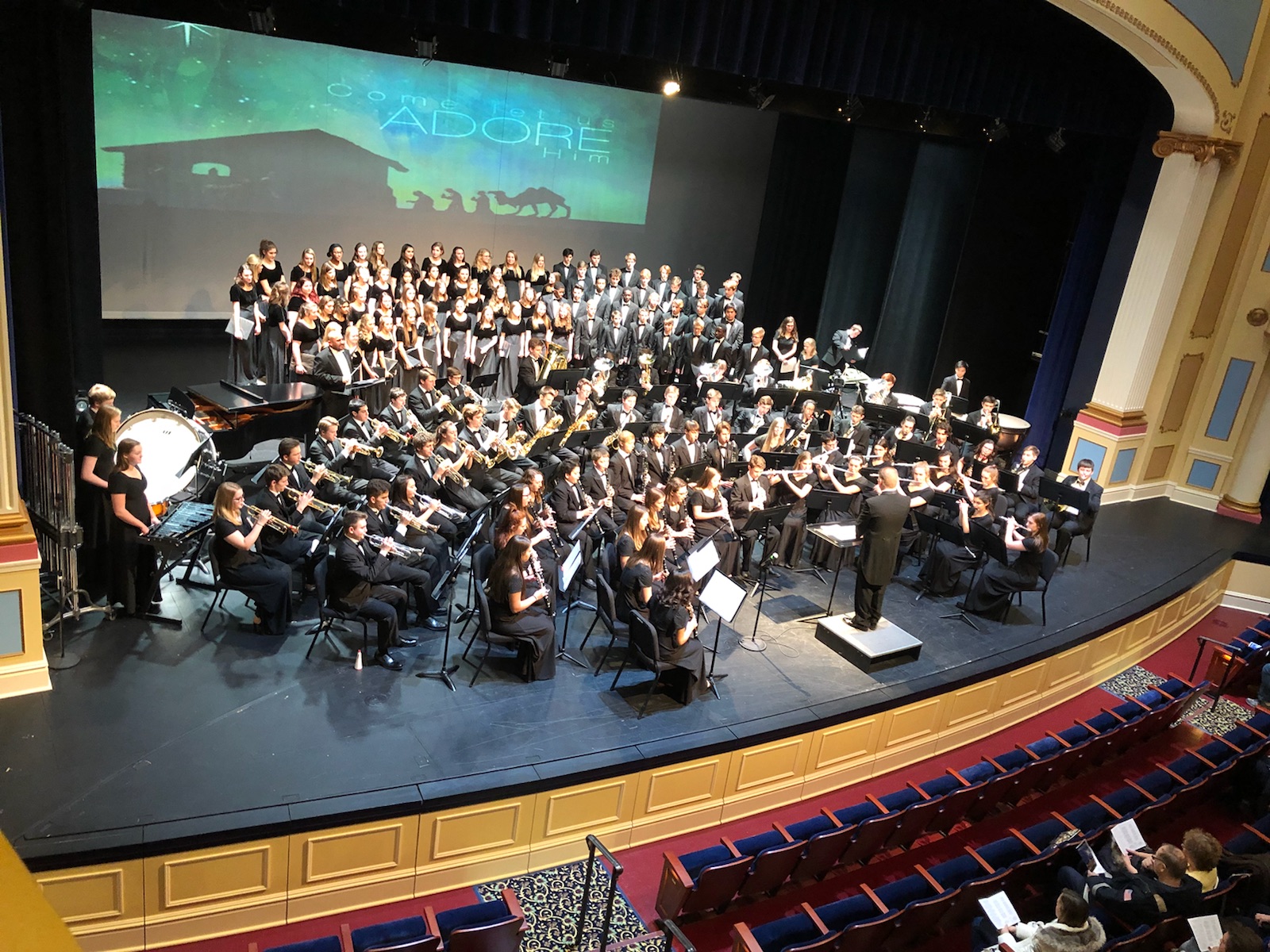 It’s that time of the year again.  Christmas is coming and the wait brings many things with it.  Things like Christmas trees, candy canes, Christmas shopping, and the Christmas music.

Christmas music is a huge part of the season which is why every year the Providence Academy band and choir put on a Christmas concert.  This annual concert has become a beloved tradition at PA, with some songs such as Sleigh Ride being played every year, not just because of the seasonal spirit but because of what the Band and Choir put into it every year.

Usually the band and choir perform separately but every Christmas they perform a rendition of Silent Night and a compilation of songs called Christmas Festival together.  This annual combination of band and Choir brings something special to the PA Christmas concert that both the performers and listeners cherish.

One member of the Providence Band said that he likes the annual Christmas concert and all the performances that the band takes part in because “it gives us a chance to play in front of an audience, which is not only a good experience but also a lot of fun.”

Valerie Fish, one of the Band members, said, “The concert went really well, the crowd was really in to it and it was a good way to kick off the Christmas season.”

The audience felt the same way.  One listener said, “I was really moved by this concert” and the general reception was that the concert went really well.

The directors of the two groups work very hard on the PA Christmas concert every year and it always seems to pay off.

This annual concert has always been a joyful occasion in the past and will continue to spread cheer during the Christmas season for many years to come.