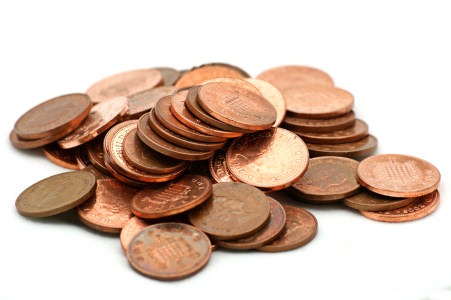 On Monday, October 30th, a war broke loose between the PA Middle School and the Upper School. This was the penny war.

How this war worked was students put pennies and bills in their own jar. Pennies counted as one point and bills 10 times their face value. All the silver coins when put into the enemy’s jar, subtracted from their points. Nickles -5, dimes -10, and quarters -25. The side with the most points at the end of the week won.

Providence Academy raised a total of $1037.14 during this fundraiser. The money raised will help with the fire relief cause at three schools in Santa Rosa, California: St. Rose, St. Ugene, and Cardinal Newman High School.

Mr. Rickbeil said, “When we were using the money counter at the bank it broke because there was so much change going through.”

Michael Straszewski ’19 remarked, “This is an opportunity for us to make a difference in the world”.

The Upper School won the Penny War -24,403 to -26,556 but the real winners of the war are the families in California getting the help they need.