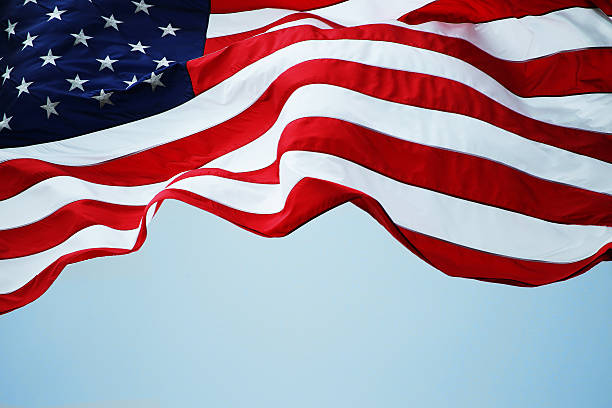 When you turn on your TV on November 1st, you are most likely bombarded with holiday themed advertisements.  It can seem like Thanksgiving and Christmas are on the minds of most Americans for the entirety of November.  However, there is a very important holiday in the middle of November that is often overlooked.

At Providence Academy, this is not the case.  Veterans Day, celebrated on November 11th, is a main focus all around the school.

Veterans Day was created in 1918, and was originally called “Armistice Day”.  It was on this day during World War I that the Allies and Germany agreed to a ceasefire, which began at 11:00 on the eleventh day of the eleventh month.  However, in 1954, the name of the holiday was changed to “Veterans Day” to honor those who had served in all wars.

Veterans Day at Providence is especially significant because our own Mrs. Cessor-Culver, the Middle School Assistant, is a veteran herself.  She served in the Marine Corp for 21 years, and was inspired by her family to join the military; her father served and her uncle was killed in Vietnam.

Mrs. Cessor-Culver retired two years ago, and many will remember that her flag raising ceremony was held here at PA.  “(The ceremony) was a symbol of gratitude to thank PA for being so supportive,” she said.  Her life changed significantly when she returned to normal civilian life, but Mrs. Cessor-Culver has used her experience to keep things in perspective.  “I’m so lucky and blessed,” she said.

The way that PA honors veterans has impacted Mrs. Cessor-Culver in a big way.  “Taking time to recognize (veterans) means everything to those who have served,” she said,  “…We are good at recognizing our military, which most schools don’t do”.  On Veterans Day, it is also important to thank and support military families as well.  Mrs. Cessor-Culver notes that gratitude is especially necessary for these families because “they are broken apart for months at a time”.  The importance of saying ‘thank you for your service’ is something that PA emphasizes to all of its students.

As a school that promotes the ideals of respect and patriotism, Providence is sure to educate its students about Veterans Day and the importance of honoring those that have served and are serving in our military.

This education starts at a young age here at PA; Lower School students spend time making cards for active-duty service members in the fall.  These cards will be delivered to deployed soldiers through the West Point Mothers’ program.  Lower School students share their creative talents with the military, and in doing so, they learn that respecting and honoring those who serve is important.

Once in Middle School, students are introduced to the history behind Veterans Day, and spend time remembering and honoring their family and friends who have served.  Middle School history teacher Mr. Wrede connects Veterans Day with the US History that he teaches to 7th graders, and he devotes time in all of his classes to explaining more about the holiday and its importance.

At the Upper School level, students are expected to think more about how Veterans Day impacts their lives and their understandings of our distinctly American culture.  This is evidenced by the Upper School Symphonic Band’s annual Patriotic Concert.  Members spend months learning classic American tunes like “American Heroes”, a medley of songs from each branch of our nation’s military, and “With Malice Towards None”, an homage to President Lincoln and the Civil War.

Band member Clare Hillen ’18 thinks that the concert helps emphasize patriotism at the school.  She said, “The concert is a great reminder to the high schoolers participating that there are people who gave their lives so we could be free. America is one of the few countries where people can truly be free and thrive. And people don’t realize that.”  She sees the concert as a way to remember those who have served for our benefit.  “People don’t realize how good we have it here and how people have so many freedoms taken away […] in other countries,” Clare said.

Holidays like Veterans Day are so important in our society and here at Providence Academy.  Setting aside time in our busy lives to pause and think about veterans is a small thing, but it really means so much to people who gave up their lives in order to protect us.  Mrs. Cessor-Culver said that her main motivation to serve as long as she did was to help the future generations of America.  To her, it’s extremely important to “teach students that the military does it for them”.  So, whether it is making cards or performing music, the necessity and importance of Veterans Day is not lost on the PA community.