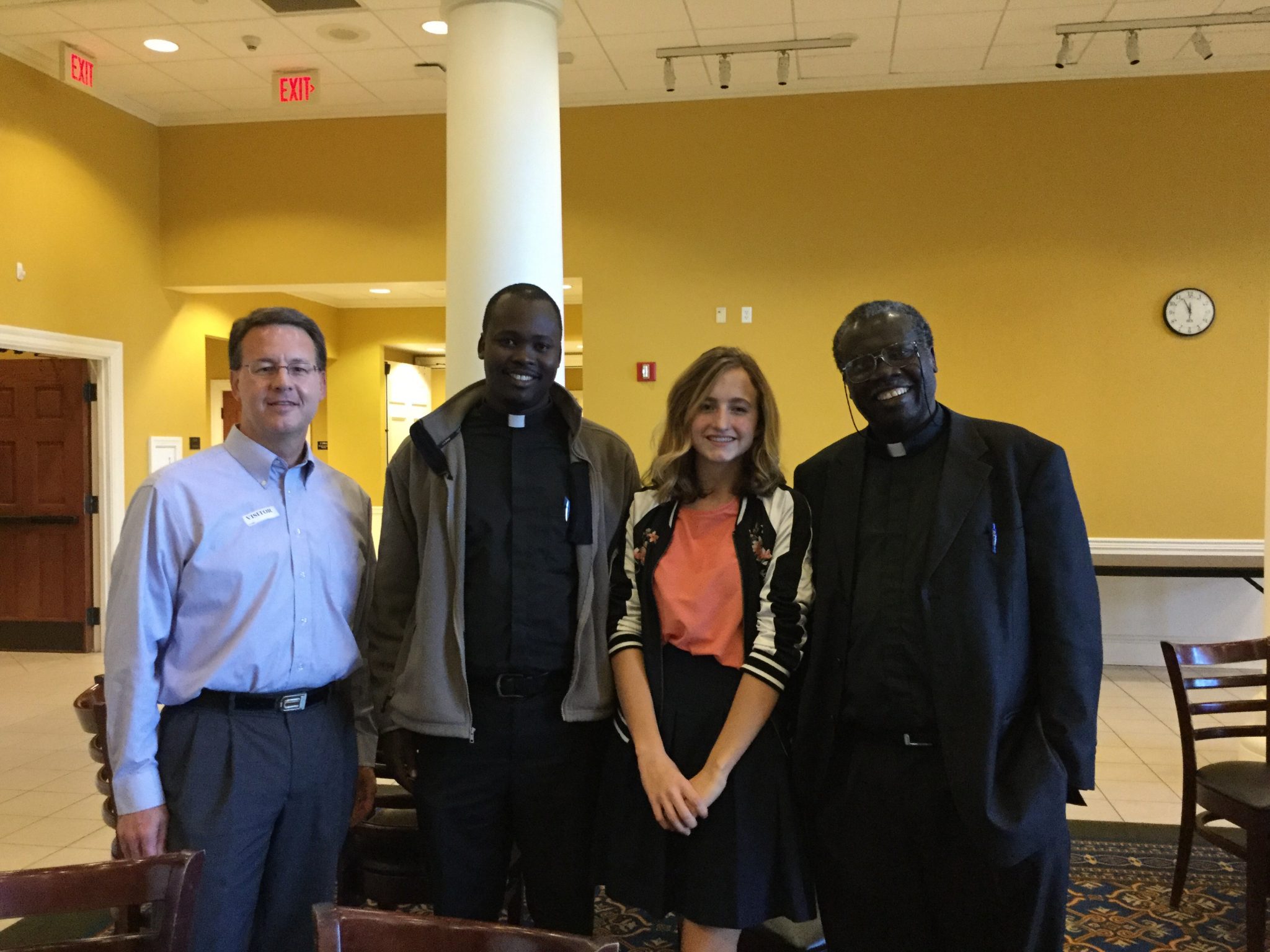 Here at Providence Academy, it’s easy to take things for granted. However, our annual visit from Monsignor Matthew Odong reminds us just how lucky we are.

Monsignor Odong works with Archbishop Flynn Secondary School, which was founded in Padar, Uganda on February  26th, 2009. The funds to build the school came from the Minnesota-based nonprofit “Hope for Uganda.

“Education is key to human transformation and development,” stated Odong. This idea is central to the founding of the school. Flynn Secondary strives to produce well-rounded men and women, educated about the faith and their community.

Their school motto, according to the Flynn Secondary School website is to, “provide excellence in holistic and quality education rooted in the Christian tradition with the aim of producing responsible and productive professionals for community transformation.”

Secondary education, especially for women and girls, is very rare in Uganda. This is why women’s education and rights is one of the main focuses of Flynn Secondary. “If you educate one woman, just one, she will strengthen her whole family. She will educate the children,” stated Odong.  The school also has a convent and a girl’s hostel, which can house up to 200 women.

Christian values are also key to the school. Uganda is a very Christian nation, boasting 24 martyrs. “Including all the shrines we have, Uganda is a really important pilgrimage site,” stated Todd Ziesmer, the Executive Director of Hope for Uganda.

Funding is extremely important to Flynn Secondary, the majority of which comes mostly from the archdiocese of St. Paul.  Over at Archbishop Flynn Secondary School in Padar, Uganda, it costs roughly $900 to educate one student for a year: significantly less than here at PA. For reference, our PA middle school raised $350. This money will be used to purchase textbooks.

“It is important for you to know that you have brothers and sisters in Uganda. You need to see how they live,” Odong stated. Nothing short of visiting Flynn Secondary could really show PA students what the school is like. “We hope to set up an exchange program within the next few years,” stated Odong. This exchange program would open up many opportunities for both schools.

Aside from visiting Uganda, and donating to the school (both of which are of critical importance), the most helpful thing a Providence Academy student can do for the students of Flynn Secondary is to pray. “Prayer can link us up. The whole world has become a village. We are more connected than ever. We are relatives. We have to keep praying,” Odong stated.

Aside from his amazing work at Flynn Secondary, Monseigneur Odong is also famous at PA for his love of ice cream. Each time he visits PA, he is often found with a Styrofoam cup heaping with PA’s frozen yogurt. Many students have been lucky enough to hear his “ice cream song”, played live at either lunches or after Mass.

The website for the school can be found here