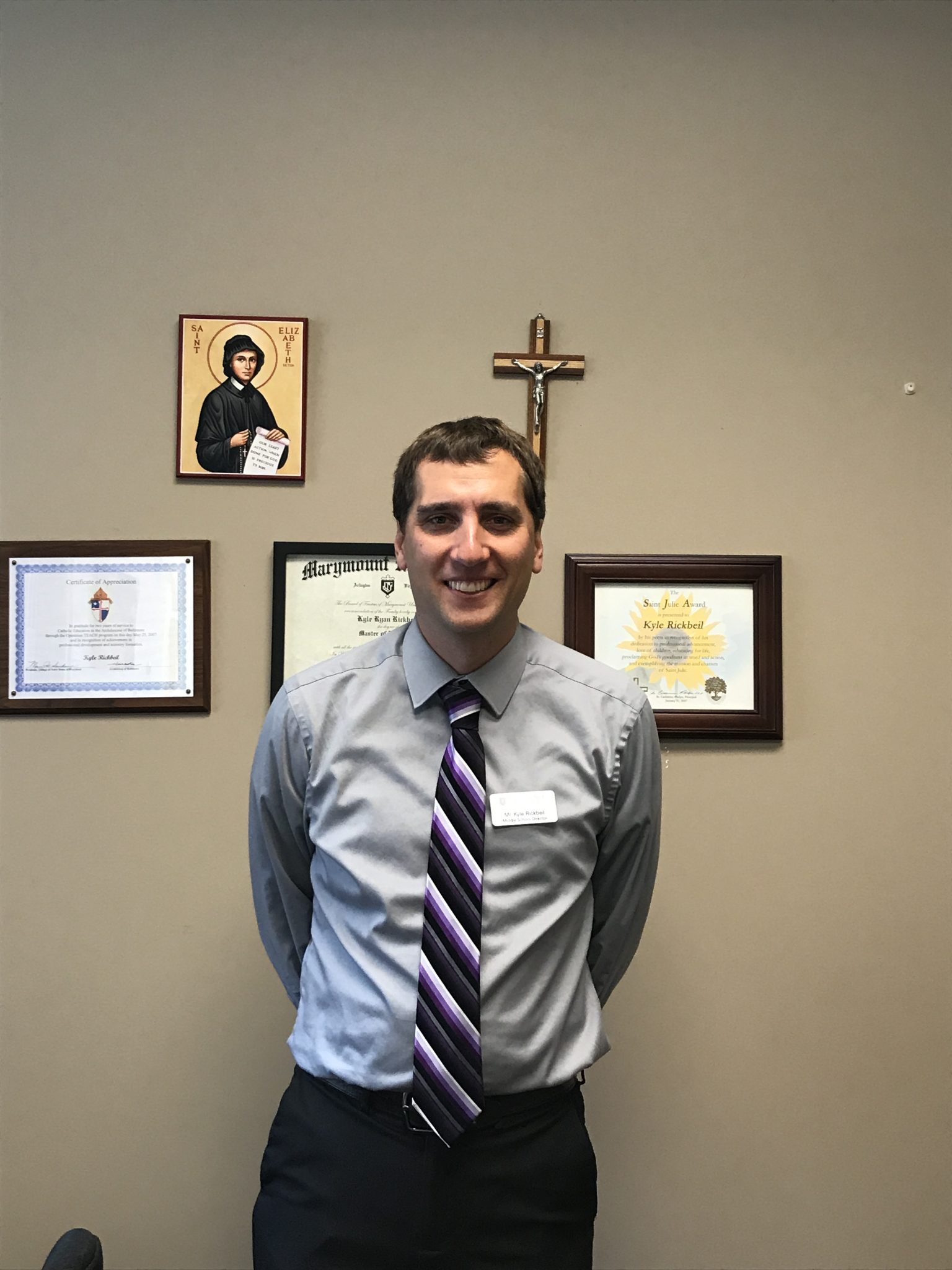 Goals. We all have them. Whether we accomplish them or not is all up to each individual. Mr. Rickbeil, who is the new Middle School director, has accomplished many of his goals and is still setting more for himself each day.

Mr. Rickbeil grew up in the state of Minnesota and began his teaching career at a school in Baltimore. After teaching there for 12 years, he decided that it was time to come back to Minnesota. Mr. Rickbeil attended a Catholic school in Saint Cloud, Minnesota from kindergarten through 12th grade, and all of his grad school work was done at Catholic universities.

Mr. Rickbeil attended Valparaiso University, which is a Lutheran college in Indiana. Mr. Rickbeil fell in love with the college within the first 15 minutes of being there. “Everyone was very welcoming and accommodating, and I immediately felt at home,” said Mr. Rickbeil. During his time in college he changed his major several times. Mr. Rickbeil started out with a physical education major because he felt at the time that he wanted to be a coach. Then he changed to theology with philosophy as a minor. In the end he majored in philosophy and minored in theology, math, and physical education.

“I never lost focus on my goals,” said Mr. Rickbeil.  He knew he wanted to teach; his goal was to be a religion teacher. One of the challenges he faced during his time in college was the fact that he wanted to become a Catholic religion teacher and that did not work at Valparaiso, not just because it was a Lutheran college, but because if you wanted to become a teacher it was difficult to acquire a license.