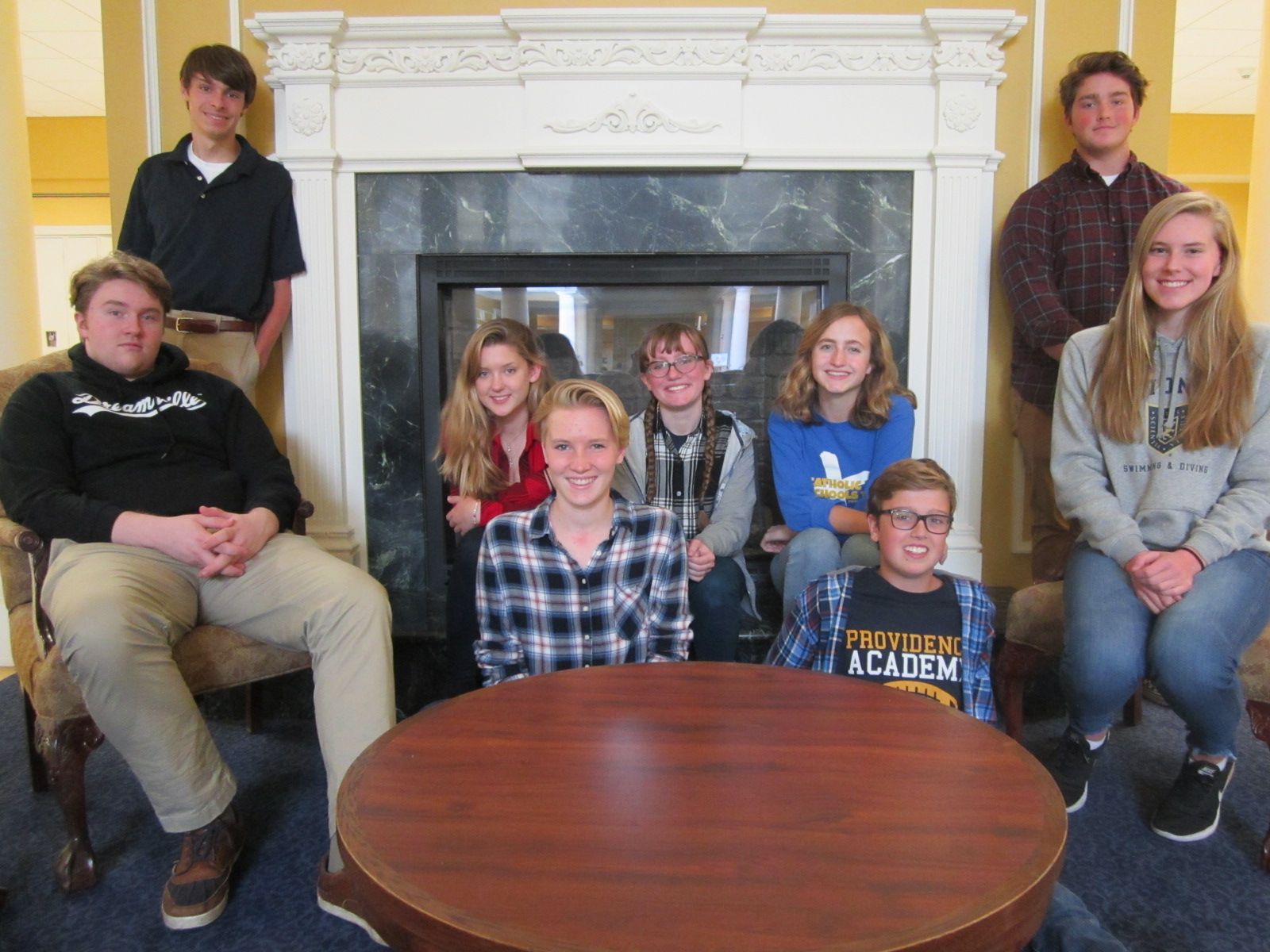 This year’s staff is about as unique as it gets. After interviewing each new writer, it soon became clear that each possesses individual strengths . 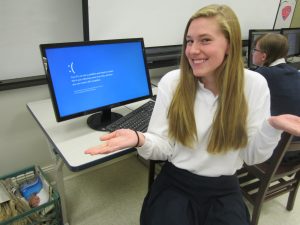 As one of the only seniors on the PAW staff this year, Julia Landwehr ‘18 has a lot of experience to offer. “I like writing a lot; I’ve thought about doing journalism in college and I wanted to see what that was like,” she said.

However, writing isn’t her only area of expertise. She is also a member of the swimming and diving team, a lifeguard, the president of the PACMAN club, a percussion player for the PA band, and a part of NHS. 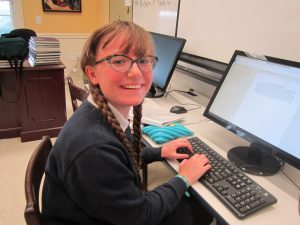 Though she’s new to PA, 9th grader Valerie Fish is eager to join the PAW community. “I think the PAW will help me learn more about the school,” she said.

Valerie is one of many band members on this year’s PAW staff, having played the euphonium since the 4th grade. With a strong interest in the arts, she is considering a career in movie directing or play-writing. 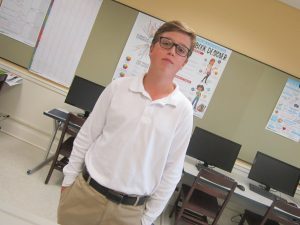 Another freshman, Seamus Healy, joined the PAW with a clear goal. “I’m really bad at writing, and that’s something I want to work on.” Even though Seamus sees this class as a bit of a challenge, he’s more than up to the task. “I’ve had five open heart surgeries. I don’t think this class will be too much work,” he said.

Seamus is a trumpet player for the PA band and pep band, as well as a member of the golf team and the manager for the football team. 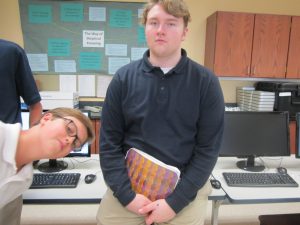 Senior Thomas Lanterman chose to join the PAW because he, “thought it would be easy to do an interesting class like journalism,” adding that, “it’s way more interesting than just taking a study hall.”

After graduating, Lanterman plans to enroll in a combination of online classes and Computer Forensic Service  classes from the University of Minnesota. 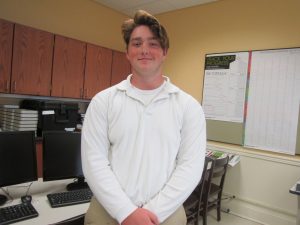 Though he may be colorblind, Sophomore Andrew McGurl is looking forward to writing some colorful opinion pieces for the PAW. “I think opinion pieces are really interesting to read, and they’ll probably be fun to write too,” he said.

As a member of the PA debate team, McGurl is more than used to sharing opinions. He talked about using these skills after high school, saying, “I’m interested in a career in both law and journalism.” He has also joined the football team and may join the lacrosse team in the spring. 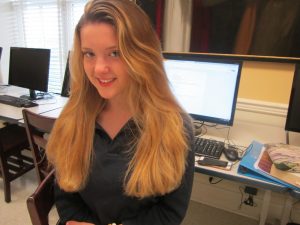 Another Sophomore, Zoie Altenhoff, said that even though her first choice was Photography class, she is looking forward to “finding something interesting to write. I do enjoy writing stories, though they’re usually fictional.”

With JV and varsity volleyball, club volleyball, and Ski Club, Altenhoff worries that “there might not be enough time to double check and perfect my work, but I’m going to work really hard, especially since it’ll be published.” 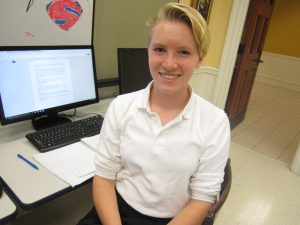 Peyton Pietrini ‘20 is also looking forward to having her writing published. “It’s really cool that we’re writing actual articles for the school paper. It’s a bit nerve-wracking because I’m not a super great writer, but it’ll definitely be a lot of fun,” she said.

Besides her interests in PACMAN club, softball and hockey, Pietrini is also considering a career in the air force, as many of her family members are already pilots. “If not, I’ll probably be a vet,” she added. 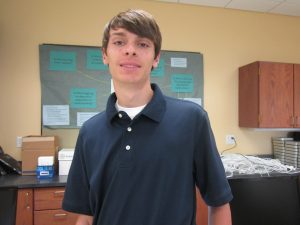 “I was signed up for Philosophy but the class got cut. To be fair, I did choose the PAW instead of choir or art,” admitted Michael Straszewski ‘19. However, Straszewski is really looking forward to questioning different people, and learning more about the school as a whole.

Straszewski has a lot to do this year, including cross country, tennis, ski club, pep band, playing the bass clarinet, and quiz bowl.

I consider myself very lucky to be a PAW editor for the third year. This year’s staff really stands out against years past in their individuality, dedication, and experience.