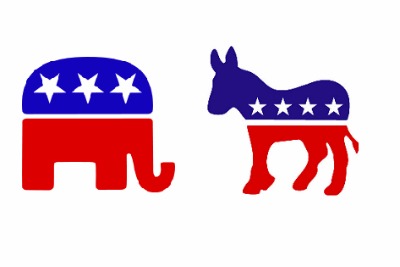 The 2016 United States Presidential Election. This was by far one of the most interesting elections in a long time and also one of the most controversial. The mere mention of this event will either bring feelings of joy and relief or of anger and misery to mind, depending on who you ask. The result was a victory for Republican Donald Trump over Democrat Hillary Clinton.

Donald Trump and Hillary Clinton both implemented different strategies and had different factors that influenced their campaign. Donald Trump had a personality that enticed and attracted some people, yet offended and disgusted others. According to BBC, there were multiple reasons why people liked Trump. People liked how he did not really act like a politician. They appreciated how he called out the corruptness of the government while other politicians just kept silent. He was praised for his passion and success in the business world. People also trusted him and felt like they have been cheated enough by politicians. Others on the left felt that he was a rather disgusting person. Many have called him out for things such as racism, sexism, homophobia, bigotry, and much more, even going so far as to call him a fascist and likening him to Hitler. Much of these are based off of his statements and policies, the most controversial of which was the plan to build a wall along the southern US-Mexico border to stop illegal immigration. Also controversial are his seemingly close ties to Russia, which has been at odds with the US for a while.

Other policies of the Trump administration is the plan to de-fund Planned Parenthood. For the Catholic Church, this is a major victory as, according to The Heritage Foundation, “Planned Parenthood Federation of America is the country’s largest abortion provider”. This has not been taken well by the left as Planned Parenthood is also a major provider of healthcare to women. On the other hand, this is a major rallying factor for pro-life conservatives, who would gladly get behind Trump in this endeavor.

Hillary Clinton had many advantages as well. She was Secretary of State under the Obama administration, meaning that she has more political experience than her opposition. The possibility of her becoming the first female president also gave her a major support boost from the feminist movement. Her pro-choice platform appealed greatly to the left and her opposition to Russia also gathered supporters. Hillary Clinton did have some disadvantages too. Her email scandal, which she (either intentionally or accidentally) handled classified documents on a private email server ultimately sparked controversy over her trustworthiness. Her famous statement that half of Trump’s supporters are gathered into what she called a “basket of deplorables” likely did not help sway people in the middle. However, she was extremely accepting of minority groups such as Muslim Americans and the LGBT+ community, which definitely boosted her popularity among those groups.

Ultimately, a question that could be asked is which one is the “Catholic Candidate”? Rather, which one of the two would best enable the Church to further Her mission and make America fit Her ideals. Now, Donald Trump, again, was at odds with the Pope and still could be. The reason this was, according to Trump himself, was that the Holy Father was only exposed to the leftist side of the media. The Pope has reproached Trump about the building of the US-Mexico Border wall by saying that Christians should build bridges, not walls. His somewhat impulsive dialogue can be thought of as insulting and unprofessional as well. So, overall, the Pope is not in much agreement with the President. On the other hand, Hillary Clinton is not in line with Church Doctrine regarding multiple policies. Firstly, she is very openly pro-choice, which is contrary to Church teaching. The Catholic Church has always fought against abortion and declared it as murder. Clinton is also a supporter of the LGBT+ and transgender movements. According to her campaign website, “Lesbian, gay, bisexual, and transgender Americans deserve to live their lives free from discrimination.” Although the Church is adamantly against unjust discrimination and persecution, Catholicism is also against these movements as they are a perversion of marriage and do not respect the gift of the biological sex God created us with.

But regardless of all that, the winner was Donald Trump. The GOP also took the majority in the House and Senate, and a conservative judge was appointed to the Supreme Court, which gave them the majority there as well. For better or for worse a radically different turn in terms of policy can be expected for the United States of America.