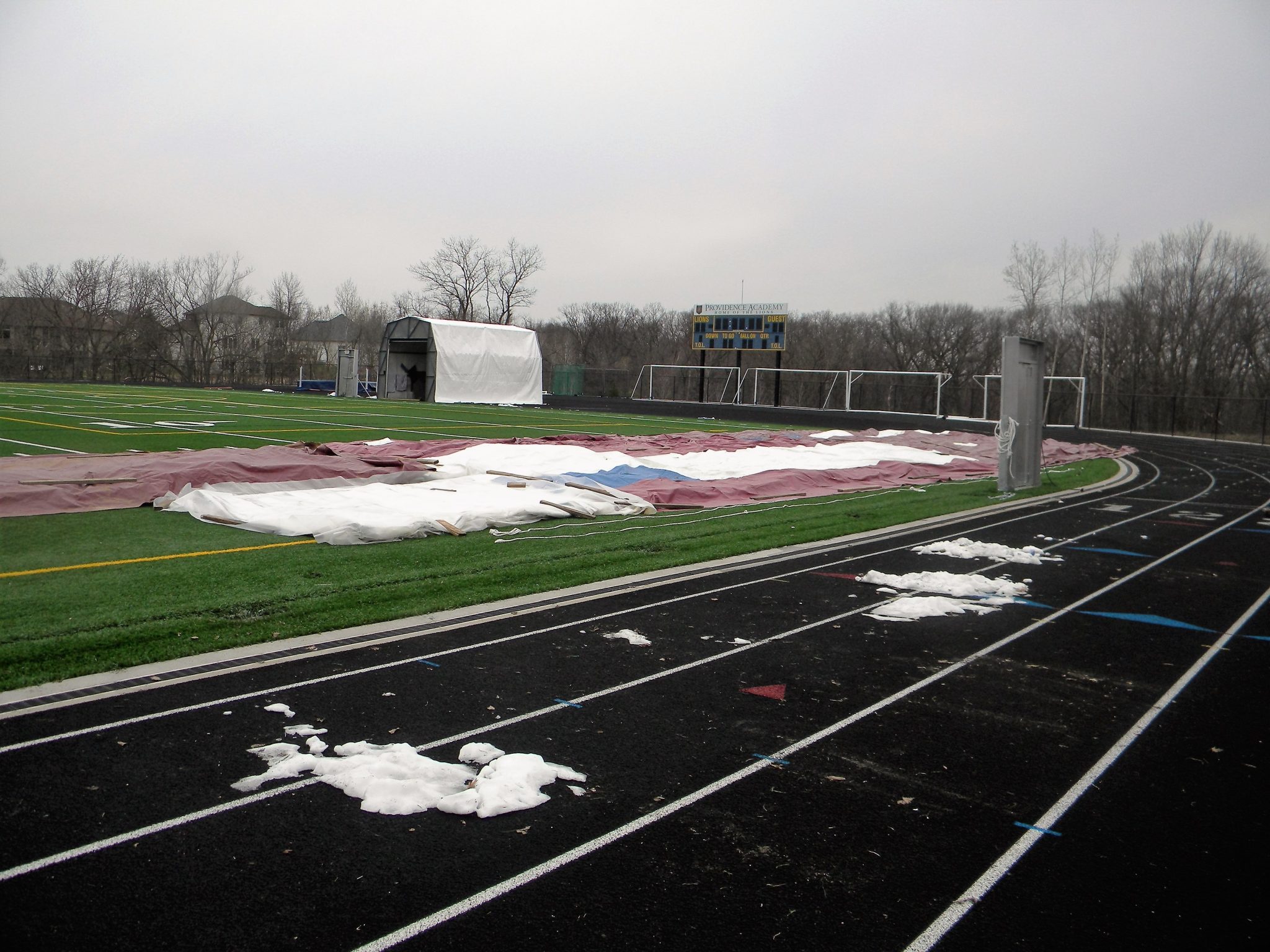 With Spring just around the corner, it is time to say goodbye to the dome. Lacrosse, track, softball, and any other spring activities will now be able to enjoy their sports under the sun.
The dome was put up at the start of Fall. Many local clubs like Maple Brook and Fusion use the dome at night as a way to practice or hold games. The dome has become a very popular place and is usually always booked by many different teams wanting to get the chance to practice.
The dome was put up on November 1st. It took about a week and a half to put it up and was taken down April 19th, 2017. The removal of the dome is a long process that takes many hands. It normally takes about 3-4 days to take down the dome.
Yeadon, the company that helps take it down, sends two or three guys to oversee the dome on the first day. As they start removing the dome they send more men. The first day starts off with the removal of the lights and net which is stored behind the bleachers. Then, on day two and three, they bring around 50 men to take the actual dome apart.
They use tools such as a blowman, lift, forklift, and a scissors for lifting up the net. The company itself does not own these tools, but rents them. This has caused issues in the past because the company has not been able to get the tools necessary.
Although the dome takes on an average about 3-4 days to remove, this year it took a week and a half because the company was not able to get the tools they needed on certain days. Also, due to the rain, the crew was not able to get rid of the dome on time because the dome was wet. This is a big issue because putting the dome away wet would cause mold and discoloring.
On days where there was no rain, all 50 men slave away from 7am-5:30pm, getting as much done as they can. This year, Yeadon needed to send a little over 50 men to help out since the dome removal was behind schedule. Some men were in charge of removing the 1,000 bolts used to tie down the dome. Others took down lights, nets, and cables and stored them under the bleachers. Finally, all hands were on deck to take down the dome itself. After the crew detached the dome from the bolts, the dome started to come down. Once down, the crew gathered all around it and lifted it. They then rolled it up, bundled it, and stored it in a fenced area that is located in the senior parking lot.
Next year the dome is scheduled to be put up on October 30th. The same process is done for the set up of the dome. “It is a long process, but man does it look nice when it is done,” says Mr. Jones.

The dome is not just a place to practice sports, but a way to come together as a community. Saturday afternoons are open to all families to bring their kids and run around and have fun. The dome allows us to play our sports and have fun which always makes for a good time.